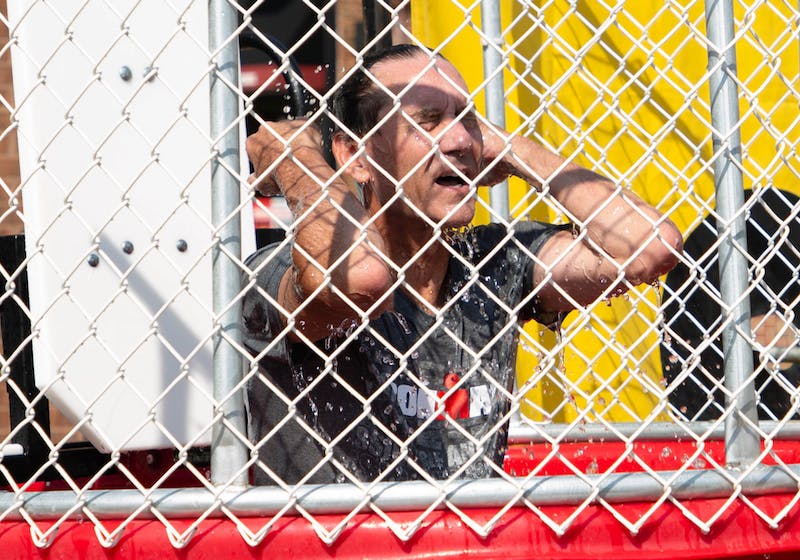 Muncie Mayor Dan Ridenour has been dunked in a dunk tank more times than he could count in the name of charity.

A chance to dip the mayor costs $ 2. Money raised from the time Ridenour was in the dunk tank will be donated to Heart of Indiana United Way and Home Savers of Delaware County, two charities with which the mayor has previously been involved as a volunteer and a member. of the board of directors, respectively.

“I was happy to do it,” Ridenour said. “My two favorite charities are local [and] before becoming mayor, I regularly attended both.

“With the temperature, [the dunk tank] was wonderful to me – it was awesome, ”said Ridenour. “It’s around 90 degrees. It was a lot of fun and I tried to splash people around every now and then when they walked nearby.

The two-dollar tour, which included specials of $ 2 from local businesses, was packed with native Muncie and Ball State students who recently returned to campus. The first 100 visitors to the tour received a $ 2 Cornfed Derby Dames ticket.

“We are delighted to have the students back in town,” said Ridenour. “At Muncie, we really appreciate the students at Ball State, so we’re just happy that everyone is back.”

Heather Williams, president of the Riverside-Normal Neighborhood Association, said she wants the village tour to expand in the years to come. Williams wanted the Village tour to “feel like a festival”.

“We really wanted to involve the student body – we have a lot of students who live in neighboring neighborhoods,” she said. “We wanted to bring new first-year and second-year students to the village as soon as they get to school so they can experience what’s here: the restaurants and the shops. “

While Village’s Jack’s Donuts is not yet open for business, the restaurant offered dog treats, iced coffee, and energy drinks to visitors for $ 2.

“We wanted to get involved [the] community, ”said April Simpson, owner of the Jack’s Donuts franchise. “Our son graduated [from] Ball State and we love this area.

Simpson said there was no official opening date for the store.

“We’re hoping for two weeks, but we still haven’t had the final process,” Simpson said.

Susan Harris, an employee of Let There Be Art and Escape Muncie, had a table where people could paint small canvases and rocks for $ 2. People passing by the table could also pick up stickers, an Escape Muncie bracelet, and a $ 5 coupon on their next Escape Muncie visit.

“People took little flyers and stickers,” Harris said. “We really hope this will bring great appeal to both of our businesses. “

Jacob Newlin, a sophomore telecommunications student, attended the $ 2 village tour with his girlfriend, Diana Martinez, after seeing posters of the event on campus.

“There is a lot to see,” Newlin said. “I just wanted to look around because I don’t really know much about the village. “

Martinez, a sophomore public relations student, said Newlin came up with the idea to attend the event.

She said her favorite part of the event was the live entertainment, especially from Harmony Dance Studio. The dance studio invited event attendees to practice line dancing with instructors, which both Martinez and Newlin participated in.

“We have free flowers [from the neighborhood association]so it’s a really good deal, ”Martinez said. “I want to dance a bit and get to know more people. If I see a Ball State student, maybe I can talk to him and make more friends.

Christian Pullings, a freelance dance teacher at Harmony Dance Studio, performed for 15 minutes with other dance teachers and taught participants a line dancing. After his performance, Pullings was also able to dunk Ridenour.

“By sheer luck, I was able to dunk the mayor,” Pullings said. “People said, ‘dunk the major and we’re going to sign up for your dance classes,’ so I have dunk the mayor with everything in my heart.”