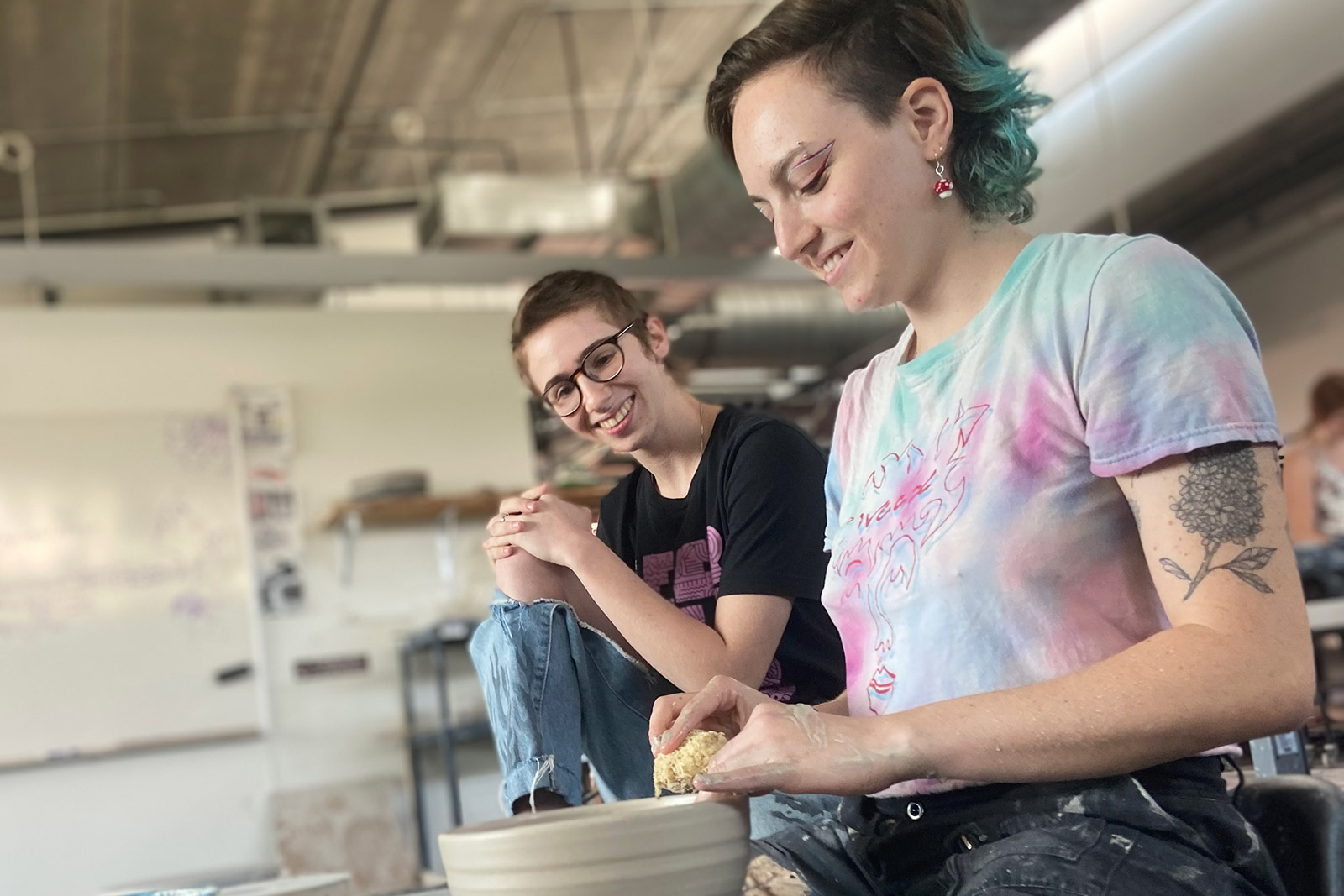 Over the next two years, AFI founders Dasha Boswell and Ris Igrec began working at MADE. At the end of 2020, they opened applications for board members, and Willow enthusiastically applied.

The goal is to use art, whether it’s artwork itself or the product of an art event, to raise awareness and funds for a variety of organizations. AFI also advocates for human rights, social justice and mental health issues.

“I just thought that was so cool,” Willow says, “so in early 2021 I joined the AFI board and we created their website, artistsforimpactusa.org. My first goal as a board member was to start AFI’s first collegiate chapter in Eckerd. Last fall, I therefore chartered AFI Eckerd with Elise Shapiro and Gillian Probert as co-presidents.

The impact was immediate. Last semester, at AFI’s first on-campus event, the artists raised $1,405 for the Crisis Center of Tampa Bay, a Tampa-based nonprofit that provides a range of services to people in distress. of crisis. And then on April 8, at the AFI-sponsored craft fair, the group raised more than $1,200 for CASA (Community Action Stops Abuse), a St. Petersburg-based nonprofit that runs a center domestic violence and emergency shelter.

“We voted as a club, and it was the nonprofits that we chose,” Willow explains. “Next year we will do different groups.”

Willow says AFI Eckerd has about 153 people on its mailing list and 20 or 30 who regularly attend meetings. “We had about 45 artists and others helping out or participating in the craft fair in some way,” they say. Not yet a year old, AFI was recently recognized by ECOS, Eckerd College’s student organization, as the College’s top activism/advocacy/sustainability/environment club.