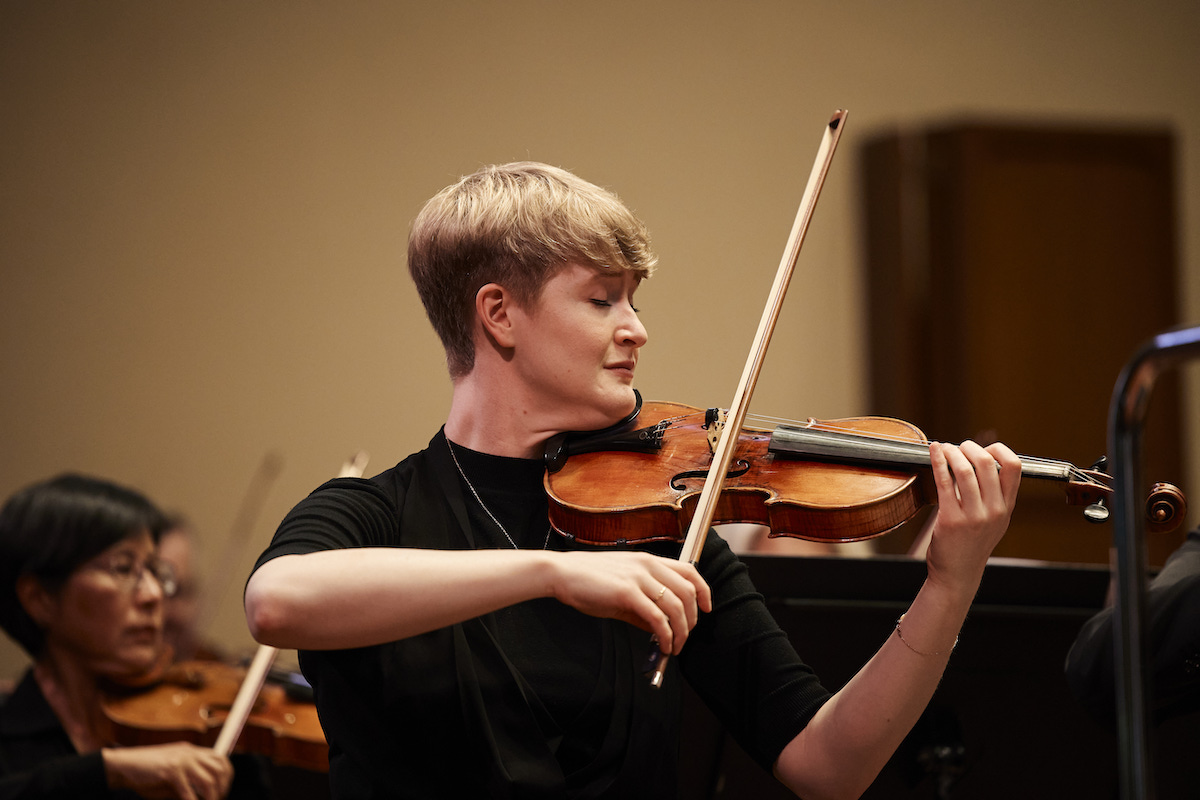 The Adelaide Symphony Orchestra has announced its 2023 season. Vincent Ciccarello unveiled the programme, its finale before leaving the orchestra on September 30 after nearly a decade as general manager.

The season spans major classic works such as Mahler Four, Dvořák’s From the New Worldtwo Symphonies by Sibelius (No 1 and No 7) and Saint-Saëns’ “Organ Symphony”, at the world premiere of works commissioned by Elena Kats-Chernin and Anne Cawrse.

Highlights include a special event to celebrate the 150th anniversary of Rachmaninoff’s birth, which will see British pianist Sir Stephen Hough and conductor Andrew Litton join the ASO for a series of four concerts featuring the complete cycle of works for piano and orchestra by Rachmaninoff.

Specials like this have proven popular at ASO in recent years. In 2019 Jayson Gillham performed Beethoven’s Piano Concertos Nos. 1-5 in a series of concerts, while in September Douglas Boyd conducted Beethoven’s nine symphonies in four concerts.

In another special event, the ASO will present the world premiere of Grayson Rotumah Creation: a spiritual and sound image of the history of Bundjalungsung and told in the Yugambeh language.

In revealing the season, the ASO also announced the appointment of its new concertmaster, Kate Suthers, who will take up the role in 2023. Born in Sydney, Suthers studied with György Pauk at the Royal Academy of Music in London and held positions with the Royal Philharmonic and City of Birmingham Symphony Orchestra. She has also performed for the English National Opera, the Scottish Ensemble, the Aurora Orchestra, the Hallé and the Australian World Orchestra.

“Kate’s many strengths as a leader stood out during her musical creation with the ASO in 2021,” Ciccarello said. “His ideas about the role of the orchestra, in performance and in the community, are very much aligned with the vision of the ASO. During her time with us, Kate was able to experience the wide variety of ASO activities, from our symphonic series to our side-by-side student program and large rehearsals. His unwavering artistic excellence and commitment to these programs has been inspirational.

“We are delighted that Kate is returning home to Australia to join the ASO at this exciting time. We look forward to the impact that Kate’s musicality and leadership will bring to the cultural life of South Australia.

In other new nominations, Adelaide-based composer Jakub Jankowski is the ASO’s first Emerging Composer-in-Association for 2023, while violinist Emily Sun is Artist-in-Association.

In addition to performing in the ASO’s flagship Symphony series, Sun will give a recital in September with Andrea Lam on piano.

“The recital program I have organized for Elder Hall focuses on humanity’s impact on nature and will feature the Australian premiere of Fazıl Say’s Violin Sonata No. 2, ‘Mount Ida’. I wanted this recital to be an opportunity to reflect on our role in climate change and a space in which we can reflect on how we might protect our precious planet,” Sun said.

A total of 19 conductors and 26 soloists from Australia, New Zealand, Finland, Russia, the United States and the United Kingdom will join the ASO to perform the music of 55 composers in 46 concerts in 2023.

The Symphony series, which forms the central pillar of the season, offers eight programmes, starting in March/April with Panoramaconducted by award-winning conductor Nicholas Braithwaite and featuring Elgar’s Symphony No. 1 and Grieg’s Piano Concerto with Konstantin Shamray.

The new violin concerto by Elena Kats-Chernin will have its world premiere in April during the second concert of the symphonic series, conducted by Benjamin Northey with Sun as soloist, while the new work by Anne Cawrse, Concerto Marimbawill be performed in July with Elena Schwarz on the podium and Claire Edwardes on the marimba.

Cawrse, who is based in Adelaide, has developed a close relationship with ASO, where she ran the She Speaks Festival, featuring music by women, in 2021 and 2022.

A number of female composers feature in the 2023 Symphony Series, including Kaija Saariaho, Ruth Crawford Seeger and Louise Farrenc.

Rachmaninoff’s 150th birthday celebration Rachmaninoff: The Piano Concertoswill take place in four concerts between May 24 and June 3, and will include the four piano concertos by Rachmaninoff and the Rhapsody on a theme by Paganini, performed by Stephen Hough under the direction of Andrew Litton. Each concert features music by Rachmaninoff’s compatriots, including Tchaikovsky’s Fifth Symphony and Magical First Symphony, “Winter Reveries,” and Prokofiev Romeo and Juliet After.

At Grayson Rotumah’s Creation: a spiritual and sound image of the history of Bundjalung will have its world premiere in July, under the direction of Luke Dollman. Sung and narrated in the Yugambeh language, the work explores Rotumah’s experience at Booningbah and his life as a contemporary indigenous artist, reflecting Bundjalung history and culture through the reimagining of songs of creation, spiritual mission and songs of slaughter. Dance, song and atmospheric orchestral interludes will mingle with the sound of Robert Taylor on yidaki and the singing of Marlon Motlop and Rulla Mansell. This special concert is the culmination of an artistic partnership between the ASO and First Nations artists and is part of the ASO community project deluges of fire.

The season includes a new series titled Sacred & Profane, which explores the spiritual and the sublime through the music of composers such as Bach, Vaughan Williams, Gabrieli, Poulenc and Fauré through two concerts at Saint-Pierre Cathedral. Directed by Anthony Hunt, it will also include a new work by Jakub Jankowski titled Clearings.

“What I tried to do was write for the orchestra in a much more organic way; the instruments don’t just play ordinary tones or pitches, they also produce sounds to create a breathing, creaking orchestra evoking the natural world,” Jankowski said.

There is also a Matinee series and a Sanctuary series, organized to allow audiences to unwind, breathe deeply and relax, with music by composers such as Philip Glass, Arvo Pärt, Sibelius and Satie, among others, conducted by David Sharp.

The ASO’s Apprenticeship Program nurtures aspiring musicians and audiences through its education and community outreach programs, while the Silos and symphonies The regional composition project continues the collaboration with the South Australian regional community. Composers are sent to regional schools, where they work with the children to create new pieces of music which the ASO then performs.

“I am truly very proud of our 2023 season, as it represents the steady but deliberate progress the ASO has made over the past nine years, to better reflect our society and the community we serve, while remaining true to our musical past,” Ciccarello said.

“I leave the ASO with many fond memories, proud to have had the privilege of leading this important cultural institution and with it sounds more glorious than ever.”

More information about the Adelaide Symphony Orchestra’s 2023 season can be found here.