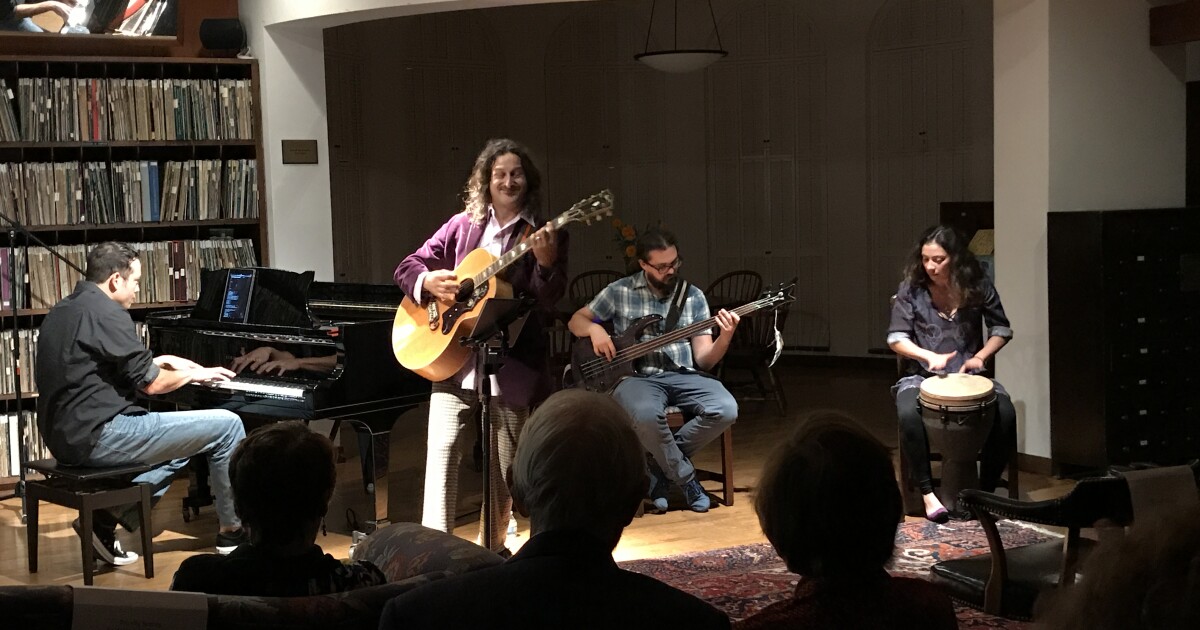 Best Bets: A Quick Guide to Online and In-Person Fun and Experiences

The La Jolla Light features this continuing series of online activities to take on your computer or tablet, as well as local in-person events.

â€¢ Warwick’s bookstore presents the zoologist Bill schutt at 4 p.m. Thursday, September 23, online. Schutt will discuss his new book, “Pump: A Natural History of the Heart,” in a conversation with Tiffany Fox, communications manager for the Department of Surgery at UC San Diego. To free. warwicks.com/event/schutt-2021

â€¢ The Perry Gallery will host a open day at 5 p.m. on Friday September 24 at 2218 Avenida de la Playa, La Jolla. The event will feature new artwork from local artists as well as works from the La Jolla Art Association. Many artists will be present. To free. theperrygallery.com

â€¢ The Playa Gallery presents a reception for its “Vibrant expressions” exhibition at 6 p.m. on Friday, September 24 at 2226 Avenida de la Playa, La Jolla. The exhibition, a solo exhibition of Impressionist oil paintings on canvas by Cathy Carey, will run until Thursday, September 30. Free. bit.ly/CareyPlaya

â€¢ The ONE of the Quint Gallery presents works of brothers and artistic collaborators Einar and Jamex De La Torre from 11 a.m. on Saturday, Sept. 25 at 7655 av. Girard, La Jolla. An installation of lenticulars and mixed media blown glass sculptures by De La Torres will be on display, including the central work of the exhibition, â€œVodyanoyâ€. The exhibition runs until Saturday 23 October. Free. quintgallery.com

â€¢ The Athenaeum Music & Arts Library presents the first concert of its “Acoustic Evening Series with Jefferson Jay” at 7:30 p.m. on Friday October 1 at 1008 Wall St., La Jolla. The event, hosted and hosted by Jay, founder of the San Diego Music Hall of Fame, will feature Sue Palmer, Rob Deez and Jon Zampese. $ 15 for Athenaeum members ($ 39 for the three concert series); $ 20 for non-members ($ 54 for the series). ljathenaeum.org/acoustics

â€¢ The Athenaeum music and art library presents its 22nd edition “Summer festival” from 4 p.m. on Sunday October 3 at 1008 Wall St., La Jolla. The event, which took place in October this year, will feature pianist Gustavo Romero on four consecutive Sundays. $ 50 per concert for Athenaeum members ($ 192 for the series); $ 55 per concert for non-members ($ 212 for the series). Dinner options available. ljathenaeum.org/summer-festival

â€¢ The Old Globe presents “Anonymous biography: the arguments of Juan Saer” until Sunday October 31 online. The five-part production, produced by Johanna McKeon, is available in English and Spanish. To free. youtube.com/user/TheOldGlobe

â€¢ The La Jolla Community Center presents “Canvas and wine design” at 6 p.m. on Monday, September 27 at 6811, boul. La Jolla. The class will offer the basics of acrylic painting with step-by-step advice, as well as a glass of wine. $ 20 for members of the community center; $ 25 for non-members. Registration required. ljcommunitycenter.org

Do you have an event – online or in person – that you would like to see here? Send your prospects to [email protected] ??

St. Mary of the Hills Provides $ 64,000 in Grants to Area Nonprofits | Blower rocket