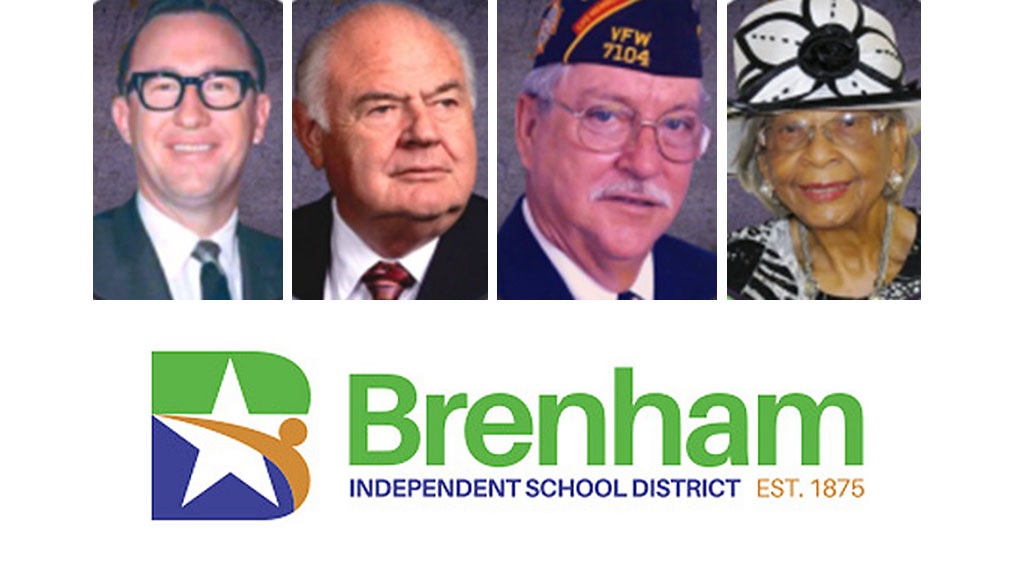 Four Brenham ISD graduates will be honored on September 2, 2022 as the district celebrates its 147th anniversary. Brenham ISD is the oldest public school in Texas, and each year the community celebrates with a luncheon and recognition of four outstanding alumni who have demonstrated leadership and public service after graduation. The event will take place at the Blinn College Student Center in Brenham and will include lunch and a program to honor distinguished alumni.

Mayme J. Dennis Gardner has made many lasting contributions to the fields of education and music with his passion and dedication. After graduating from high school, she earned her bachelor’s degree from Prairie View A&M University and her master’s degree from Louisiana State University. She also earned her elementary education certification from Southern University of Baton Rouge. In her 36-year teaching career, she has served as a high school music teacher, elementary school teacher, reading lab specialist, vice-principal, and parish superintendent in Jefferson, Louisiana. At Granville T. Woods Elementary, she implemented three programs that improved morale, attendance, and academic achievement.

In 1991, Ms. Gardner was honored with a “Mayme Gardner Day” proclamation sponsored by the city of Kenner, Louisiana. She established Gardner’s Music School and received numerous awards for her outstanding work in organizing a community gospel choir for adults and sponsoring a choir for teens. She also worked with a community organization that helped low-income families. Additionally, Ms. Gardner received the Edwin Hogan Outstanding Musicians Award. In the church community, she oversaw a teen pregnancy prevention program, taught Sunday school, and served as a church musician for more than 65 years. She is currently a pianist for “The Voices of Beaumont”, a group of seniors who sing for residents of local nursing homes and rehabilitation facilities. She is a member of the Cathedral of Faith Baptist Church in Beaumont, where she led the “Lay Christian Counselors Ministry”, teaches Sunday School, writes and produces annual Easter contests, and is a member of the “Sisters 4 Sisters” which helps African American women. who have cancer.

Clarence Gerke graduated from Brenham High School in 1962 and is well known in Washington County as president and owner of Memorial Oaks Chapel and as a community service leader. After graduating, he attended Blinn College and earned his Associate of Arts degree, then continued his education at Commonwealth College of Sciences.

with an Associate of Arts degree from Mortuary School. From 1990 to 2004, Gerke was a member of Selected Independent Funeral Directors, the largest independent international funeral organization, and he served as their president from 2003 to 2004. In June 2016, he was recognized for his 50 years of service as director of funerals.

Gerke was married to the late Janet Gerke, who was also recognized as a Brenham ISD Distinguished Alumnus in 2013, and has two children, Melissa Gerke-Lyons and Chad Gerke, and 4 grandchildren. He married Jill Vivroux in 2012 and they live in Brenham, where he is “semi-retired”.

Gus F. Mutscher played baseball as the Brenham Cub and graduated from Brenham High School in 1952. Named “Mr. Buccaneer” by the student body, he attended Blinn College on a baseball scholarship and played baseball with the Blinn Bucs before earning his Associate of Arts degree. He then attended the University of Texas and earned a Bachelor of Commerce degree and a reserve commission in the U.S. Army. His accomplishments show a life dedicated to bettering his community and the state of Texas. His local efforts on behalf of Blinn College to secure additional funding and growth, as well as the development of its alumni base and Hall of Honor, have helped make Blinn a great asset to our community and the surrounding region.

All of his accomplishments testify to Mutscher’s active involvement in his community, his state and his nation. After college, he started in sales at the Borden Company in Houston and received the Young Texan Award from the Houston Chamber of Commerce. In 1960 he was elected to the Texas House of Representatives, representing five Texas counties. In 1969, he was elected President of the Chamber; during his tenure, the House increased state financial support for higher education, mental health, and other state social services. He was instrumental in establishing Brenham State School, now known as the Brenham State Supported Living Center, bringing jobs and careers to Brenham, and he also helped establish the Star of the Republic Museum in Washington-on-the-Brazos State Park. . In 1976, he was elected to the post of judge of Washington County, a position he held for 12 years.

A longtime member of Grace Lutheran Church in Brenham, Mutscher served as president of the congregation and president of the Washington County Cancer Society. He has two children, Gus Hurley Mutscher and Lisa Mutscher Mikus, and is the proud grandfather of four grandsons. He currently lives in Brenham.

Ben Researcher was a member of the Cub Varsity football team and graduated from Brenham High School in 1965. He received his bachelor’s degree in history and English from Sam Houston State University and his master’s degree in educational administration from Prairie View A&M University. He served his country as an Army First Lieutenant from 1970 to 1972, which included a tour of duty in Vietnam. He gave himself to his country, his state and his community and made mentoring the youth and future leaders of our community a priority by sharing the concepts of patriotism, honesty and leadership.

Seeker started his career as a school bus driver, teacher and coach at Burton ISD then later transferred to Brenham ISD. He was an administrator at Brenham for 20 years, mostly at Brenham Middle School, where he was campus principal and started the 8th grade custodial program. He then worked for Tarlton Supply/Trepan Tools, which later became part of the MIC Group, and helped start the vocational training program which is now known as Hodde Tech Center. He is a member of VFW Post 7104 and a two-time post commander. He is a member of the Washington County Veterans Association, having served as Past President of that organization, a founding member of the Brenham Honor Guard, and has been a speaker at Veterans Day and Memorial Day programs at all schools. of Brenham and the community. Recently, out of 6000 VFW messages worldwide, only 270 received the All American award. Brenham VFW Post 7104 was one of them, having also earned all-state honors.

Seeker is a longtime member of Brenham First Baptist Church and has been married to his wife, Kay, for 39 years. They have 3 daughters: Jennifer Seeker Emerson, Kari Seeker Mika and Shelby Seeker Colley.

Brenham ISD’s 147th anniversary celebration is open to the public. Seats at the celebration are $30 per person or $240 for a table of eight. Reservations can be made by calling Brooke Trahan at Brenham ISD at 979-277-3700 ext 3715. You can also visit the Administrative Office at 711 East Mansfield Street or send a check to Brenham ISD at PO Box 1147. to reserve seats is Thursday, August 25 or when seats are sold out.