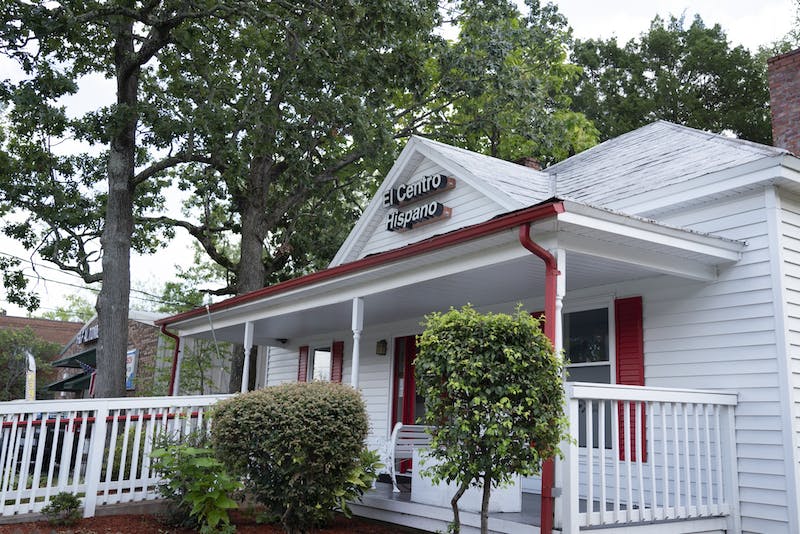 The Chapel Hill-Carrboro community is made up of a wide range of cultural backgrounds, identities and lived experiences.

The Daily Tar Heel has compiled a list of some of the region’s Identity Cultural Centers as an introduction to the resources and opportunities they offer.

With multiple locations in the Triangle, including 201 W. Weaver St. in Carrboro, El Centro Hispano primarily strives to strengthen and advance the Latinx community through equity and inclusion, according to its website.

Some of the center’s initiatives and resources include connecting workers and employers in the region, teaching English as a second language, providing health support and promoting advocacy. and self-sufficiency within Latino and Hispanic communities.

Emilia Ismael-Simental, head of the civic and community involvement department, said that although the organization is rooted in Hispanic and Latino communities, El Centro Hispano’s services are accessible to everyone.

The Rogers-Eubanks Neighborhood Association Community Center is a hub for residents of the historically black neighborhood of Rogers-Eubanks. The center offers after-school tutoring, a summer enrichment camp, a food pantry, and outreach and education programs with members of the local government and school system.

The center has worked in the community for nearly 40 years and moved to its current location at 101 Edgar Street in 2014.

RENA hopes to both fight for environmental and social justice in its community and also support neighborhoods across the country with knowledge and resources, said RENA President Robert Campbell.

The Sancar Turkish Cultural and Community Center, located at 1609 E. Franklin St., strives to provide a space for Americans and Turks to broaden their perspectives on each other’s cultures..

Aziz Sancar and his wife, Gwen Sancar, co-founded the Aziz and Gwen Sancar Foundation in 2007. The community center opened in 2021.

Gwen Sancar said the center hosts exhibits and educational events and helps students and community members from Turkey adjust to life in the United States.

“It is important to emphasize that the Sancar Center is open to everyone. said Gwen Sancar. “The fact that it says it’s a Turkish cultural center doesn’t mean open only to Turks – it’s open to everyone and we want non-Turks to come too, and come with a spirit open and a learning perspective.”

Partnership with the refugee community

The Refugee Community Partnership is a volunteer-run organization that works with migrant and refugee communities in Orange County to provide essential information and resources in their primary languages, its website says.

One of its initiatives is the Hive, a virtual space where RCP interpreters translate announcements and critical information into different languages ​​to inform and support non-English speaking communities.

Through another initiative, RCP volunteers build relationships with local migrant residents, taking care of their current needs, such as housing and employment, and supporting their future goals, such as attending college.

The Chapel Hill Islamic Center is a mosque located at 103 Stateside Dr. in Chapel Hill. It is open daily for Quran halaqa before Isha prayer. On Friday it is open for Juma Khutba and prayer and on Sunday for Fajir prayer, khatira then breakfast.

Jawad Syed, a junior at UNC, attended Friday prayers at the center and said he thinks having a mosque near campus is essential for Muslim students to connect with others who understand. their faith and experiences.

“To have that environment to step into and stay grounded in and revitalize your beliefs, your practices, whatever it is that it diminishes elsewhere is crucial for one to cling to one’s identity,” Syed said.

The Marian Cheek Jackson Center for Saving and Making History, located at 512 W. Rosemary St., works to record the past and preserve the future of the historically black neighborhoods of Chapel Hill and Carrboro, according to its website.

The center achieves this mission through resources such as From the Rock Wall, a website that preserves the oral histories of longtime residents of the Northside neighborhood, with the goal of building black community with reconciliation and equity.

The center also has various educational and community services. The Northside Neighborhood Initiative is a housing justice program that helps long-time residents retain their homes and preserves land for the neighborhood’s future community.

The Jackson Center also supports the Heavenly Groceries food bank, hosts neighborhood events to connect the Northside community, and offers an audio tour of the neighborhood called “Histories of Home: A Walk with Northside Neighbors.”

Compass Center for Women and Families

The Compass Center for Women and Families provides services at the intersection of gender equity and economic justice. It offers crisis and domestic violence prevention services, referrals to community services, assistance with legal services, youth health programs, and career and financial education, according to its website.

These services are available to people of all gender identities and socio-economic backgrounds.

To get the day’s news and headlines delivered to your inbox each morning, sign up for our email newsletters.