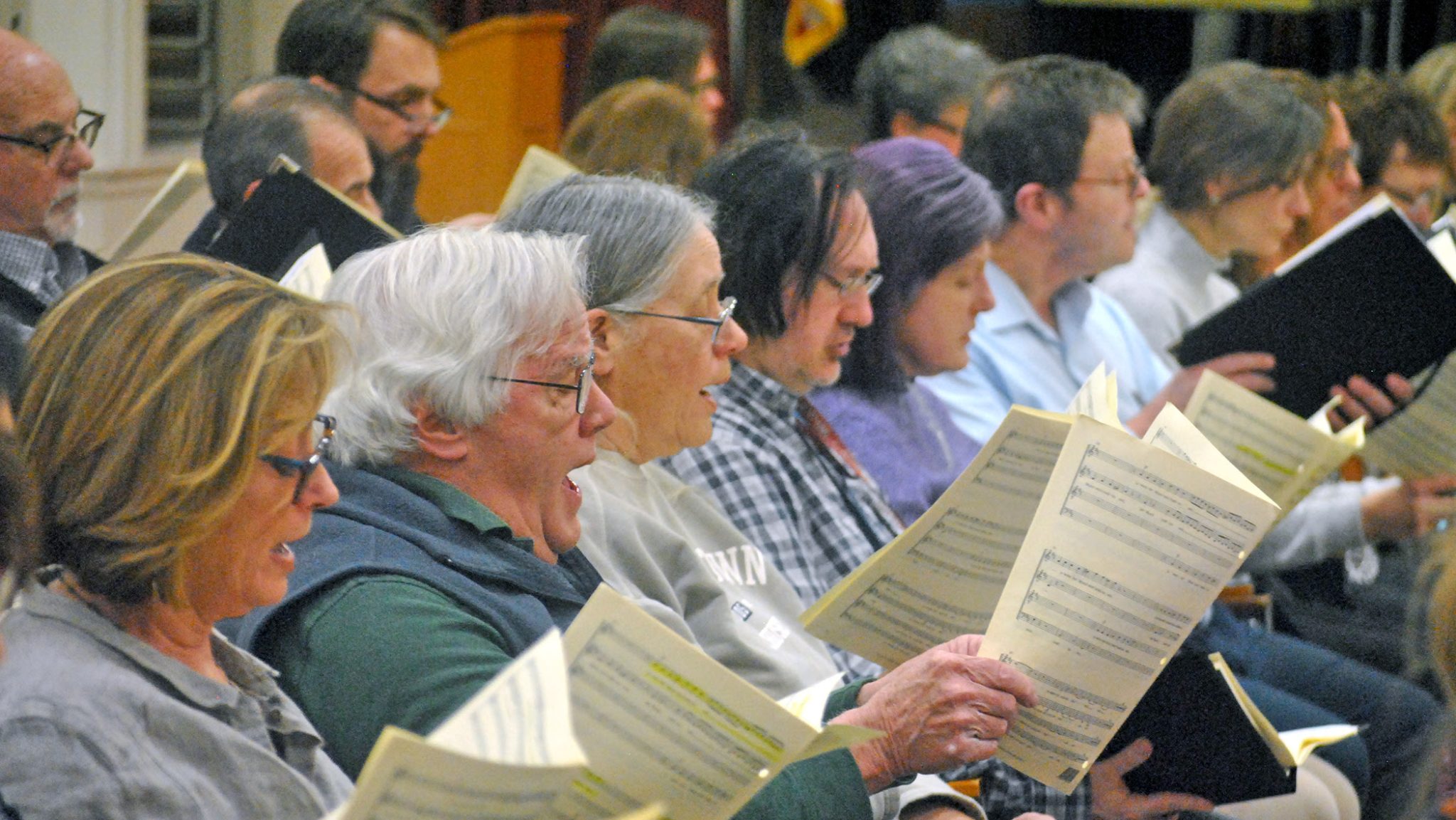 The Choral Art Society of the South Shore (CAS), the area’s community choral ensemble, presents “What a Wonderful World: Songs of Earth, Sea, and Sky,” Sunday, May 1 at 4 p.m. at the Lutheran Church House of Prayer, 916 Main Street, Hingham. The choir is led by Artistic Director Danica A. Buckley, accompanied by CAS accompanist Ellyses Kuan, piano and features Sally Cole Tucker, flute. The program offers an uplifting and stimulating afternoon, combining captivating selections of choral music infused with the themes of land, sea and sky, along with engaging presentations by environmental organizations in the region.

“We cannot ignore the planet in its beauty and fragility, particularly on the South Shore, in our delicate coastal ecosystem. Years ago, I led a concert of Choral Art Society songs about land and creatures, which was very popular with the choir and the audience,” Buckley shares. “I have relaunched this program with new pieces and have collaborated with three local environmental organizations, as we celebrate their missions of education and recreation around the land, sea and sky – birds in the sky, in particular. I want to combine music and science to raise awareness of our environmental concerns, while celebrating the extraordinary beauty that surrounds us.

With one eye to the sky and its heart to the sea, the What a Wonderful World concert program explores the vast canvas of nature’s beauty. Song selections draw inspiration from this worldly splendour, including “There’s a Pleasure”, “Oceanus”, “Under the Sea” and “The Lake Isle of Innisfree”. A Massachusetts premiere of the powerful “Singing for Water” by composer Brent Michael Davids, who celebrates his Mohican heritage, and lyricist Tara Zhaabowekwe Houska of the Water Protector Movement. The piece draws on Native American roots as “water protectors singing for water,” the source of life, with a nod to ecosystem repair and Indigenous approaches to management and conservation. watershed restoration. Proceeds from the composition support Honor the Earth, a non-profit organization supporting Native American environmental issues. Other selections include Mendelssohn’s classic “Die Nachtigall” (The Nightingale), celebrating avian friends, and “The Lark in the Clear Air”, a traditional Irish folk tune, featuring Sally Cole Tucker on flute, as well than other similarly themed directories.

In its collaborative focus, “What a Wonderful World” spotlights local environmental organizations, celebrates their missions, and provides them with a platform to share information about our region’s coastal environment with the public. Representatives from the North and South Rivers Watershed Association, the Cohasset Center for Student Coastal Research and Mass Audubon appear briefly during the program to expand the public’s ecological knowledge and increase their appreciation for protecting the beauty around us.

Masks are optional for this performance. If the policy changes on the site before May 1, the public will be notified via the CAS website and Facebook page.

Tickets to “What a Wonderful World” are $20 general admission; youth 18 and under are admitted free. Tickets can be purchased from CAS members, at the door or in advance online at tix.com. For more information about the Choral Arts Society, visit choralartsociety.org or follow the South Shore Choral Arts Society on Facebook.

About the Choral Arts Society

The Choral Art Society (CAS) is a choral ensemble from the South Shore, founded in 1958, dedicated to the interpretation of all genres of choral music, from the Renaissance to the 21st century. A non-auditioned choir, the Society performs stimulating music for the enrichment and education of its members and audiences. A non-profit organization, CAS has more than 50 singing members from Scituate and surrounding towns. The ensemble rehearses and performs at Scituate, offering a winter concert and a spring concert each year. The Society offers an annual scholarship to a high school graduate pursuing studies in music. For more information, visit choralartsociety.org or follow the South Shore Choral Art Society on Facebook.

This performance is supported in part by grants from several regional chapters of the Massachusetts Cultural Council, the Scituate Education Foundation, the South Shore Music Circus, as well as sponsorship from the Coastal Heritage Bank.

About Danica Buckley, Artistic Director
Danica A. Buckley has been Artistic Director and Conductor of the South Shore Choral Arts Society since 2005. Under her direction, the choir presented a sold-out St. Paul by Mendelssohn in 2009, for the 200th anniversary of Mendelssohn and the 50th anniversary of the Choral Arts Society. Other performances included a varied program ranging from English melodies to Viennese choral chamber music, environmental songs and major works such as Mozart’s Requiem, Christ Lag in Todesbanden (Bach), Magnificat (Bach), Mass in Time of War (Haydn), Dona Nobis Pacem (Vaughan Williams), all with the Choral Art Society Orchestra. She also directs the Simmons University Chamber Choir, the Cape Cod Chorale and the Colleges of the Fenway Chorus and Orchestra. She has been Adjunct Professor of English at Wentworth Institute of Technology since 2007. Ms. Buckley holds a Master of Music in Choral Conducting from the Boston Conservatory, where she studied with Dr. William Cutter.