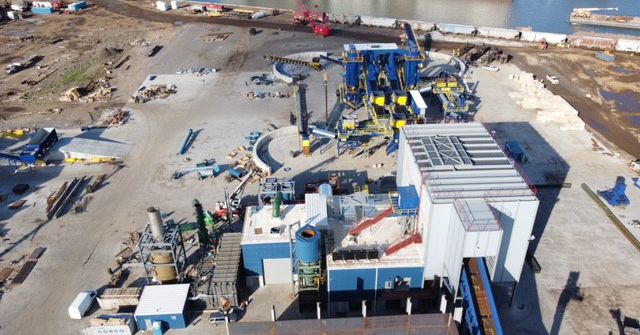 A meeting scheduled this week to discuss the potential health impacts of a scrap shredding operation on the southeast side has been postponed amid criticism from residents of the city’s assessment.

City officials acknowledged in an email on Tuesday that some people complained that residents were not part of the process and that their input was not solicited following an initial meeting on November 4 for discuss the health and environmental impacts of the Southside Recycling Project at East 116th Street along the Calumet River.

“Many of you told us that the first meeting did not create enough opportunities for this important dialogue to happen,” city health officials said in an email. “With your help, we are reimagining our next session. We want to make sure we are well prepared for productive and responsive engagement – engagement that includes the different perspectives that community members bring to this decision-making process.

The company, which shreds cars, appliances and other metals, faces opposition from residents, community groups, environmental and health advocates and others who portray the fight as a battle for civil rights. Southside Recycling, the rebranded and rebuilt operation formerly known as General Iron, has operated in Lincoln Park for decades. The relocation of a polluting company from the rich white north side to the low income Latin American side and the black south east side is the subject of a federal fair housing investigation.

On Tuesday, the city announced that Thursday’s meeting will be postponed to December 9 and be held at a site on the southeast side. This in-person event was to be limited to 150 residents. But in less than an hour, the city canceled that meeting citing a community scheduling conflict.

No new date had been set for Tuesday evening.

An advocate said the city would do well to involve residents better.

City officials said a health impact assessment would be completed early next year.

Mayor Lori Lightfoot’s health department will then assess whether to issue an operating permit to the Reserve Management Group, which purchased General Iron in 2019 and is building the new shredding operation along the Calumet.

Lightfoot suspended consideration of the permit last May at the behest of the senior Environmental Protection Agency official, who expressed concern over increased pollution from an already overburdened community.

Brett Chase’s reporting on the environment and public health is made possible by a grant from the Chicago Community Trust.

A $ 15 million government funding to help BE Perth turnaround