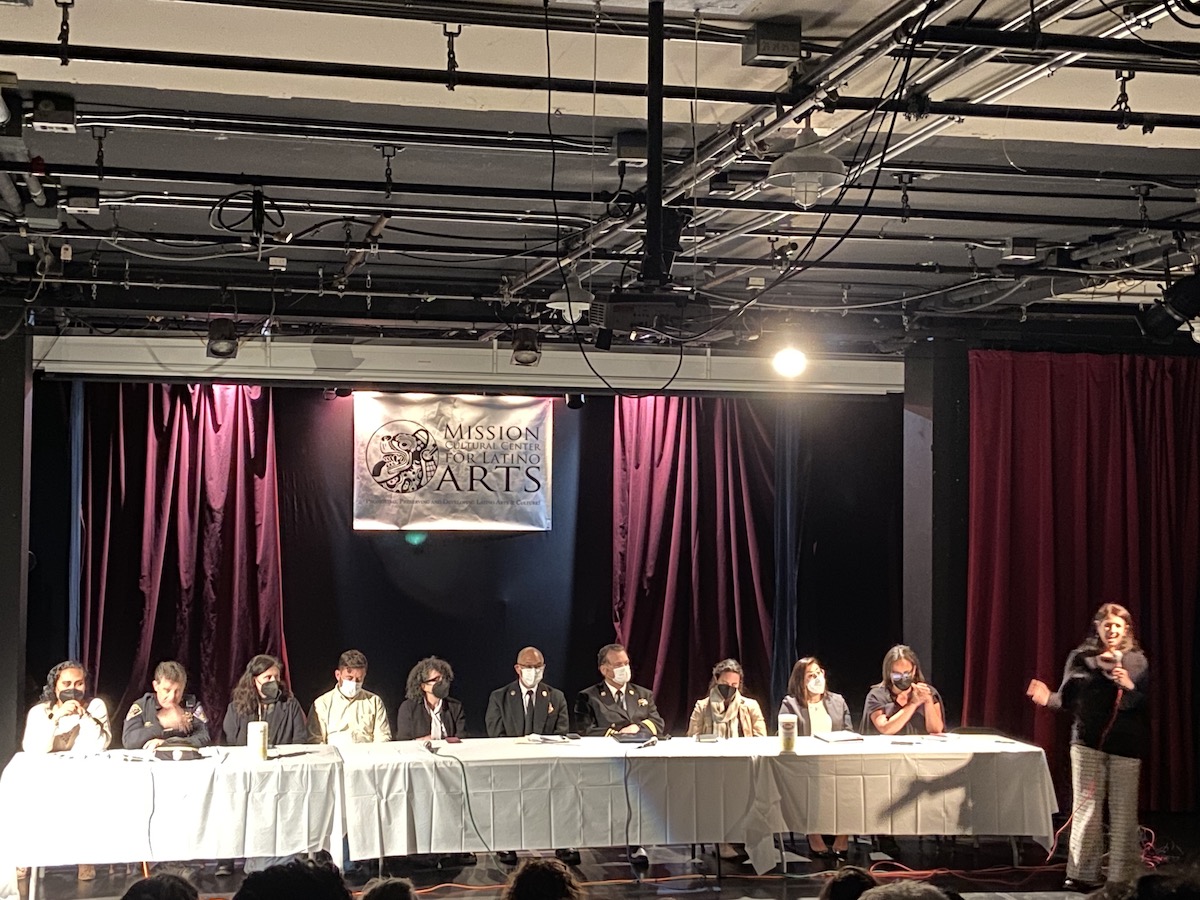 Mission: We need to talk.

According to Supervisor Hillary Ronen and dozens of residents who attended the Mission community meeting last night, street conditions have spiraled out of control as the pandemic has arrived and poverty has increased.

At the Mission Cultural Center for Latino Arts on Wednesday, the city government and a community leader sat down at a long table before an audience of at least 50 people in person and more online, to talk about a mission plan. which deals with illegal street vending, homelessness and mental health services.

The “little houses” could open in six months if the project can get approval and funding from the oversight board. Ronen, who chairs the supervisors budget and finance committee, pledged to pitch the idea to his colleagues.

When Ronen took over as supervisor in 2017, the Mission had 200 tents for the homeless. At one point, with the help of a navigation center, that number dropped to 30 and stabilized for a year, she said. But with the pandemic, the increase in encampments rose to 200 as poverty increased and communal shelters were deemed unsafe.

The priority is to house the inhabitants of the encampment and the suggestion of small houses for Mission Street was one of the most recent. Ronen also requested that the Department of Homelessness and Supportive Housing set aside a fraction of 400 new permanent supportive housing units for Mission residents, arguing that resources often go to the Tenderloin.

Emily Cohen, deputy director of communications and legislative affairs for the homelessness department who was also there, would not engage without permission, but said 53 shelter beds at Santa Maria and Santa Marta Church at 1040 South Van Ness Ave. will reopen in three to four weeks. The center was closed during the pandemic.

Sam Dodge, who oversees the Healthy Street Operations Center (HSOC) which connects homeless residents to care, sweeps tents and collects or “bags and tags,” said the Tenderloin initiative has freed up his team to focus on Mission hotspots like 25 and Capp Streets and 19th and Shotwell Streets.

On Wednesday, residents said the HSOC was throwing homeless residents’ items in the trash and providing them with insufficient housing options. An advocacy report also suggested the bags and tags be thrown away. Dodge denied this.

To combat illegal fencing operations or the sale of stolen items, which have somewhat taken over BART Plazas and Mission Street, Ronen has introduced a new licensing process run by the Department of Public Works. This will be the “miracle solution” to combat illegal sales. Starting June 16, San Francisco Public Works, with a police officer on standby, will begin checking permits. Sellers will also need to show proof of ownership or their items will be confiscated.

“When you remove the stolen goods and they can’t make a profit, they’re not going to continue,” Ronen said.

The Mayor of London Breed’s office has asked Public Works and the police to start warning sellers before the June date, Mission Police Station Captain Gavin McEachern said. This week, members of the Calle 24 Latino Cultural District community organization will approach vendors alongside staff and a DPW officer to brief vendors on the new permit.

Vendors who work with Calle 24 will receive a special badge and tablecloth identifying them as authorized, said Calle 24 executive director Susana Rojas. This way DPW can quickly verify who is legit and Latinx vendors can avoid unnecessary encounters with law enforcement. Last weekend, Calle 24 gave these tools to 25 suppliers and, since March, has trained at least 120 on the new process.

Questions about large-scale crime have been raised following a viral article about how a boba shop pitched a fencing project (check, it was a Quickly). Although the details are confidential, the district attorney’s office confirmed that investigations into the fencing were ongoing. A member of the public suggested a starting point: Garfield Square from 3 p.m. to 7 p.m. Monday to Friday. “I’m going to stay outside watering my garden and they’re going to turn around and have a computer and put it under the shirt. I see it,” for years, he said.

Those with mental health issues or who use drugs may reject shelters, Ronen said. In 2021, 650 people died from overdoses. Cross-records between emergency medical services and the chief medical examiner’s office reveal that more than half of those who overdosed had been in an EMS ambulance at least once, opening up discussions about a previous intervention.

But getting those experiencing mental health crises to accept help can be difficult. Brenda Storey, executive director of the Mission Neighborhood Health Center, said she knew a woman who had been “rotting” on the streets for 15 years and refusing help and a man who had set a car on fire.

On Wednesday, Ronen admitted it was “slow” due to pandemic delays and not fully implemented. SF Mental Health and Fire Departments control street wellness response teams to connect individuals to care instead of police response. These teams started in January.

Just 3.8% of people the Street Wellness Response Team met in April qualified for the narrow 5150 standards, which allow for the involuntary detention of someone in a health crisis mental illness, said Simon Pang, assistant deputy chief of community paramedicine for the San Francisco Fire Department. “If they say no, I can’t do anything to force them off the streets,” he said.

At the end of the meeting, the audience offered a mixed reaction – from skepticism to optimism that the Mission will improve if everyone participates. John Mendoza, a founder of Calle 24, encouraged listeners to participate with a “hands up” attitude, instead of a hand down. “You have to create this program with us and make your neighborhood the neighborhood we want,” Mendoza said.