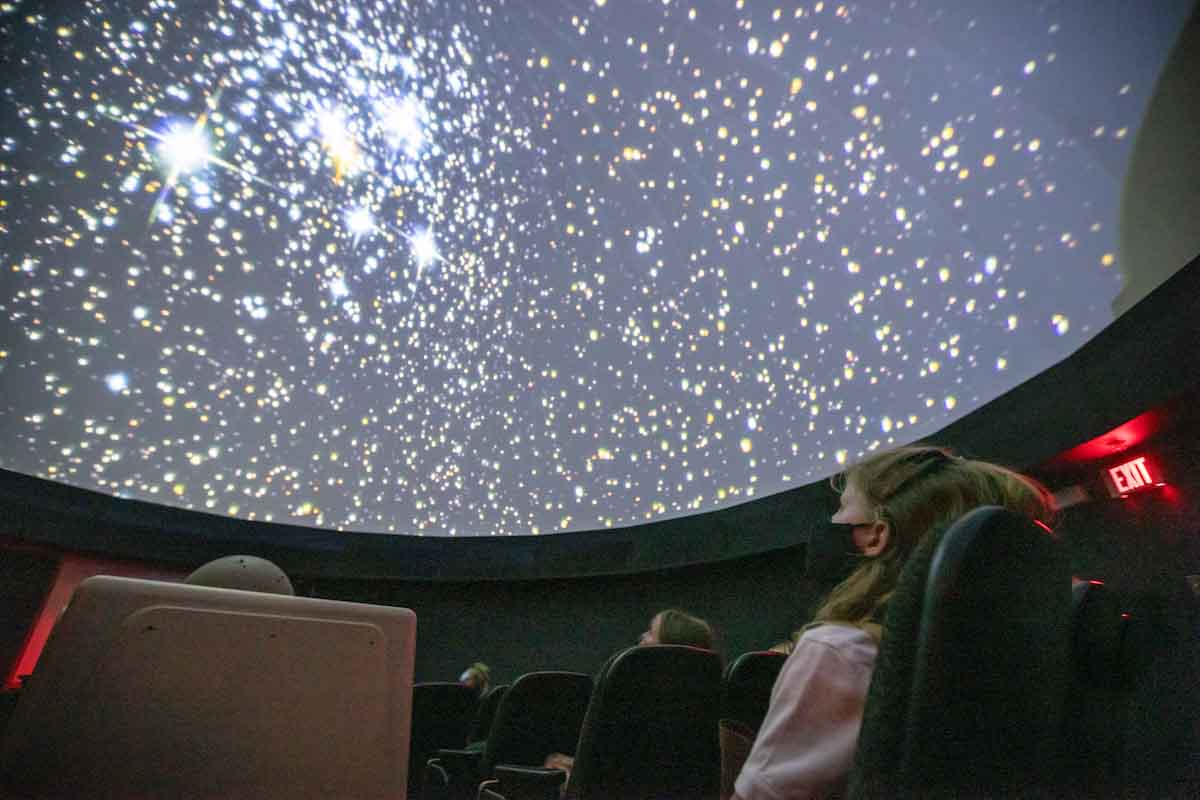 When it comes to life-changing experiences for young women, it’s hard to beat the opportunities offered by Girl Scouts.

Girl Scouts has been providing educational, leadership, and community engagement experiences for young women in Nebraska since 1926. Today, Girl Scouts Spirit of Nebraska (GSSN) serves more than 10,000 girls of all ages, backgrounds and of all communities.

As Nebraska’s urban university since 1908, UNO has grown alongside GSSN, working collaboratively to achieve greater impact than any one organization could alone:

In 2014, the Barbara Weitz Community Engagement Center (CEC) welcomed GSSN as a Community Building Partner, which meant the organization was able to have physical space on campus and all the benefits that come with it.

“We’ve been able to leverage our presence at the CEC to create partnerships with other not-for-profit organizations housed there,” says Lisa Hiatt, GSSN’s Chief Operating Officer. “We were also able to use our time at CEC to recruit students at the UN to volunteer with the girls and also hire students as summer camp staff.”

The space has also allowed the organization to hold annual meetings and celebrations for volunteers and staff; and provided access to the UN Libraries’ collection of books, journals and media.

“UNO just provided us with so many resources and gave us such visibility in the wider community,” says Shannon Peterson, GSSN’s Chief Marketing Officer. “It was a very valuable partnership for us.”

Access to the UN campus goes far beyond the staff and volunteers working for the GSSN – it includes the thousands of Girl Scouts they serve.

For more than a decade, the director of the UN Center for Mathematics and Science Learning has worked with the GSSN to deliver “The Magic of Chemistry” – a multi-day workshop for students in grades four to the eighth year where UNO students go through practical science. lessons ranging from chemical analyzes of drinking water to examining the pigments that make up a candy-coated shell for an M&M.

“Working with the university is perfect for them because we have the equipment, the human power and the expertise,” says Dana Richter-Egger, director of the Math-Science Learning Center. “And working with the Girl Scouts is great for our students because they get needed volunteer hours and they also really appreciate the commitment and the experience of it all.”

The program, which Richter-Egger inspired from his own experience facilitating a similar effort while earning his doctorate, is also having lasting impacts.

“Anytime we can get girls to a college campus, that’s a win,” says Lori Williamson, program manager for GSSN. “They’re starting to see the possibilities and it’s getting them to start imagining themselves going to college. They’re realizing that it’s doable for them.

Out of this world experiences

As part of Omaha’s STEM Ecosystem, STEM TRAIL Center, and NE STEM 4U, focused on science, technology, engineering, and math, UNO students, faculty, and staff have builds infrastructure to support groups like the GSSN.

For Krista Testin, planetarium operator UNO’ Mallory Kuntze, this connection is extremely personal. Her daughter is a scout and she is also a troop leader for the GSSN.

Testin’s role with the UN Planetarium and as a troop leader has been extremely beneficial to both the GSSN and the UN, with the UN bringing in hundreds of girls in a normal year for planetarium shows to help them earn badges. She has also been invited to be a guest speaker at GSSN events and to host conferences throughout the state – and beyond – as a representative of the UN.

In fact, in 2018 Testin worked with GSSN on a grant to develop astronomy clubs in their state. As a result, she was lucky enough to travel to NASA’s Goddard Space Flight Center in Maryland, which led to the start of a Girl Scout astronomy club called “Beyond Our World” which, in turn, led even more Girl Scouts from across the state. from Nebraska to engage with the UN Planetarium in person as well as virtually.

“A lot of people when they get to high school say they don’t like math or they don’t want to do a carpentry shop or they don’t want to take agriculture classes. . But if we can get them started early and really get them interested, who knows what they will be,” says Testin, “STEM isn’t just engineers and you’re not just working with numbers in a cubicle, but you can interact and make it a better world and a better place for those around you.

Having existed for almost a century, it’s no surprise that among the more than 118,000 living alumni of the UN, there are more than a few with ties to the Girl Scouts, and the GSSN. specifically.

Currently, several former UN members are on staff at the GSSN and until last November, the GSSN was led by former UN member Fran Marshall, who recently left the organization after 14 years at the helm. organisation.

After graduating, Marshall remained involved on campus while working at First National Bank of Omaha, working closely with the UNO Alumni Association and Claussen-Leahy Run/Walk.

She was also inducted into the UNO College of Business Administration Hall of Fame in 1997.

Marshall says the UN and GSSN have been partners for decades thanks to strong ties and experiences between the two organizations far beyond educational or volunteer experiences, including partnering with UNO Athletics to attend women’s basketball games; Mammel Hall serving as host for artVenture, a multi-day fundraising event and art auction; and have several service-learning courses to meet the needs of the GSSN.

“College has impacted us all in meaningful and life-changing ways,” she says.

A joint mission to give back

One of the most important roles within the GSSN organization is serving on its Board of Directors.

Board members included UN alumni as well as UN faculty and staff. Angela Batson, program evaluator for the UN’s Office of Support and Training for Program Evaluation (STEPS), joined the board as a full member in 2020.

“I think when people can see board members working in different places and they’re not necessarily the deans and the presidents and CEOs of things. I think it shows that you can be a leader in your community, regardless of your job or social position. You can choose to give back at any time at any level.

In her role, Batson provides advisory support, but also helps build important connections between the GSSN and community partners like the UN, as well as making sure parents – especially during COVID – know what opportunities exist for their children.

A former Girl Scout herself, Batson says being on the board has allowed her to see all the different ways the UN intersects with the mission of the GSSN, and what that has meant for the organization. organization.

“People sometimes feel like universities are away from communities and are very formal and that you’re not connected on the ground or in the world – but that’s not the case.”

For decades, the UN and GSSN have worked together to not only support each other, but to support generations of students across Nebraska.

Whether it’s the UNO providing on-campus resources, the GSSN enabling young women to see themselves as university students, service-learning projects bringing together current UNO students with future NOU students who are also Girl Scouts, graduating graduates who lead the GSSN or work closely in support of its mission, there’s no denying the impact these two organizations have had on each other – and on those that they serve.