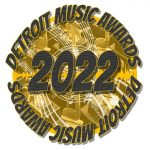 Concert halls in Detroit are buildings the city has come to know and love. The sense of community and fun is unmatched! You deserve to enjoy your favorite artists this spring and summer. After all, many artists have had to postpone shows more than once and are just as ready to put the show on the road. Give yourself a pat on the back for being flexible and hopeful.

Wear something you wanted to show off and hold your head up high this year. Detroitsit has compiled an exciting list of concert venues in Detroit to look forward to, including a special online streaming.

Music unites us on an emotional and universal level. There are plenty of in-person venues in Detroit that are back with great tunes. However, Detroit also has an online streaming event worth listening to this year. Let’s face it, we’ve all become familiar with the shift to online streaming services since the pandemic hit cinema screenings massively. The Detroit Music Awards are proud to partner with Mandolin streaming services to premiere this year’s show in late April! Buy your tickets HERE. Part of the proceeds will be donated to Music Saves UA, a project organized by the Ukrainian Music Events Association.

Detroit hockey fans and music fans communed in this versatile and dynamic arena in downtown Detroit. The Detroit Pistons and Detroit Red Wings have called Little Caesars Arena home since 2017. The repurposing of buildings in Detroit is what makes Detroit an ongoing project. It replaced Joe Louis Arena and The Palace of Auburn Hills as the home of the Detroit Red Wings of the National Hockey League (NHL) and the Detroit Pistons of the National Basketball Association (NBA). Whether you want to go for the Wings, Stars on Ice or the singing stars, talent is soaring at Little Caesars Arena. Justin Bieber, June 5 is the first solo artist of the summer. Click HERE for a list of other events this spring and summer as well as tickets. Located at 2645 Woodward Ave. Detroit, MI 48201. 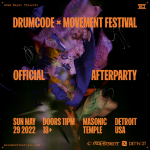 Go big or go home. Listen to heavenly sounds in extraordinary concert halls in Detroit, like the largest Masonic temple in the world. Opened in 1926, the acoustically rich and intimate auditorium has served as Detroit’s premier venue for concerts, operas and plays. You’re bound to find something interesting in one of the 1,037 rooms. Whether you visit for the rich carvings and colors of the ceiling or are simply there for entertainment, you will always be influenced by your beautiful surroundings. You’re bound to end the night with a greater appreciation for Detroit’s buildings. Click HERE for tickets and click HERE to see the Detroit Masonic Temple website.

Restored to its former glory, the Detroit Opera House is a downtown landmark bordered by the Theater District, Comerica Park and Greektown. The concert halls in Detroit are a pleasant balance between history and present-day entertainment. The Michigan Opera Theater and for a variety of other performing arts productions including plays, concerts, and dance performances. Once a theatre, concert hall and cinema, the fifth largest in the world when it opened in 1922. The reopening in 1996 restored the glorious frescoes, marble staircases, draperies and chandeliers to continue spreading the beauty all over Detroit. Experience the room’s stellar acoustics at an upcoming Ain’t Too Proud: The Life and Times of The Temptations should satisfy your thirst for Detroit sounds! Click HERE for event information. Located at 1526 Broadway Street, Detroit, MI, 48226. 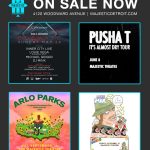 As always, be sure to subscribe to our newsletter for regular updates on all things Detroit and more.