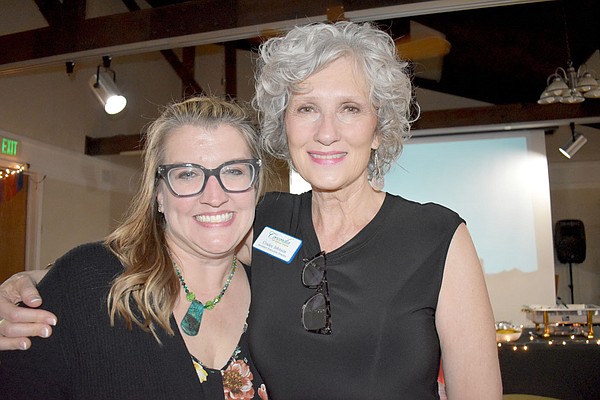 BELLA VISTA – Concordia of Bella Vista kicked off its 50th anniversary on June 30 with an event called “Tacos and Cheers, Here’s to 50 Years.”

There were tacos, fries and salsa and margaritas, and plans for the 50th anniversary celebration were announced.

“We think Concordia has been a stabilizing factor in northwest Arkansas as a root system,” she said. “I’ve never worked in (another) place where the team goes above and beyond.”

Kara O’Connor of Roots Living, who recently took over as manager of Concordia, said: “The feeling you get as soon as you walk through the door, the warm welcome…the staff are delighted to be here. Residents are delighted to live here. When Roots knew we had the opportunity to be part of Concordia and its mission, we were thrilled.

Mayor Peter Christie was among those present at the event. He said of Concordia: “It’s remarkable how they continue to meet the needs of the community while remaining modern and thinking about the future. The staff seem to be very caring, and that’s how it should be, because the people here at Concordia were the movers and shakers of yesterday, and we must never diminish their contribution.They put on wonderful events — just great organization.

Senior Consultant Erin Hagar announced upcoming events the week of November 14, when the organization’s anniversary falls. The theme for the week is “Diamonds Are Forever” and the motto is “Reinventing the Golden Age of Older People”, she said.

Hagar said: “I think elderly life in general is such a foreign concept for so many people, but I think Concordia is setting the standard. I think people have a misconception, but when they get here, I think their lives are changed. They’re finding purpose, they’re connecting with people their own age. Their lives are really changing.

Editorial: A puzzling change for a partnership that worked