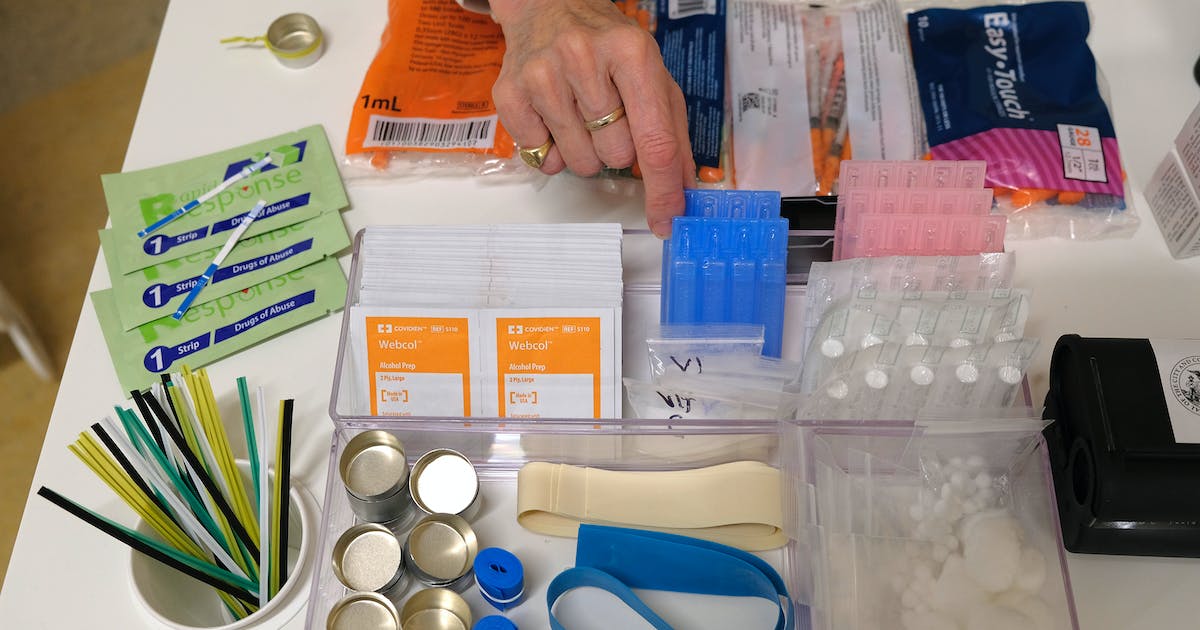 Does Minneapolis need a supervised drug injection site? A district is studying the idea.

Where Stephen Gregg lives, near 26th Street and Bloomington Avenue in the working-class south Minneapolis neighborhood of East Phillips, used needles litter the sidewalks. In the summer, large groups gather against storefronts and openly use drugs much to the dismay of neighbors, who sometimes find bodies in their yards, Gregg said.

“It’s the most diverse neighborhood in the city. It’s one of the poorest. We’ve had all this environmental damage. It’s just a dumping ground for the city, and it’s also where these issues are. happen,” Gregg said. “We have a homelessness epidemic and an opioid epidemic, and it shouldn’t be the neighbors who have to fight this.”

He wrote a column for the neighborhood newspaper, The Alley, asking residents to recognize the reality of drugs in East Phillips. Gregg also asked them to consider establishing a facility where staff would be trained to administer naloxone, also known as Narcan, can provide sterile needles, prevent overdoses and guide treatment.

Southside Harm Reduction Services, which runs a needle exchange and contracts with the city’s health department to provide Narcan training, has held educational presentations at overdose prevention sites for the past several months. They and East Phillips neighbors plan to survey the neighborhood’s appetite through a mix of door-to-door and outreach to people who use drugs.

The concept is far from being implemented. There is no specific location being discussed, nor an established operator.

“It would be a great idea because we have people who use and the reality is they won’t quit unless they really want to,” said Cassandra Holmes, secretary of the East Phillips Improvement Coalition. “Instead of losing our loved ones, we should be able to provide space where they can safely use and we won’t have needles lying around for children, animals or other people to be harmed. “

Minneapolis is in the midst of an HIV epidemic with rates not seen since the HIV crisis began in the 1980s, said Noya Woodrich, the city’s assistant health commissioner, who links the outbreak to encampments and intravenous drug use. The latest statistics from the Minnesota Department of Health also show that there were 27% more overdose deaths in 2020 than in 2019.

At 26th and Bloomington, people come and buy drugs and leave; others stay in tents during the harsh winter. When the city disbands a homeless encampment, the camp residents gather their remaining belongings and relocate nearby. They say they use to survive.

There are over 100 supervised injection sites in Europe, Australia and Canada. They vary greatly in ambiance and services provided. Some are furnished as living rooms with comfortable armchairs, ventilated private rooms, showers, computers and newspapers. Others are austere rooms with a display of clean supplies on flimsy tables, where people aren’t encouraged to linger. Some sites have nurses to care for wounds.

The first two supervised injection sites recognized by law in the United States opened in November in New York. Others exist but operate only underground because the federal government considers such sites illegal under the Controlled Substances Act, which prohibits operating any “place…for the purpose of using a controlled substance,” even if the drugs are not manufactured or sold locally.

When Safehouse, a Philadelphia-based harm reduction nonprofit, attempted to open a drug consumption site in 2019, it was sued by the U.S. Attorney for the Eastern District of Pennsylvania and ultimately lost on appeal. United States v. Safehouse provides a window into the forces that could come together on both sides of a pitched battle at these sites.

the American Medical Association supports the development of pilot supervised injection facilities, as studies in other countries show that such sites reduce fatal overdoses and the transmission of infectious diseases while increasing the number of people seeking drug treatment. Minnesota Attorney General Keith Ellison co-signed a brief supporting Safehouse, arguing that the Controlled Substances Act was passed to shut down “crack houses, not community health clinics.”

Objectors argued that supervised drug consumption sites would attract predatory drug dealers and create “criminal economic zones” in which the police would not be able to fight trafficking, because the success of harm reduction sites depends on the capacity people to come and go “without any interference from the law enacted.” They also cited an economic situation review by the government of the Canadian province of Alberta showing that clean-up crews continued to find hundreds of discarded needles a day near the sites and that local businesses complained of drug trafficking and theft.

“There are different issues, pros and cons, and I just want them to be aware,” said East Phillips resident Schuyler Sellars, who thinks medical institutions should also be at the table throughout the planning. “Perhaps the site itself [might] be safe, but the surrounding area may not be.”

With the US Department of Justice under a new administration, officials are evaluating supervised drug consumption sites for potential pilots as part of a comprehensive approach to harm reduction strategies, the agency Recount the Associated Press earlier this month.

“We have pretty conclusive evidence from international models, and the results are very compelling,” said Dr. Gavin Bart, director of addiction medicine at Hennepin Healthcare. Studies show they lead to a reduction in overdose deaths, ambulance trips and complaints of discarded needles without increasing crime or 911 calls, while a quarter to a third of people who frequent the sites want access some form of treatment, he said.

“Yes [East Phillips] managed to put together a facility like that, we have to be realistic. It won’t solve drug problems in Minneapolis, but it could probably help within a four-block radius of the location in terms of reducing overdose deaths, overdose ambulance calls, drug paraphernalia,” he said. can expect to improve.”

How to apply for a payday loan