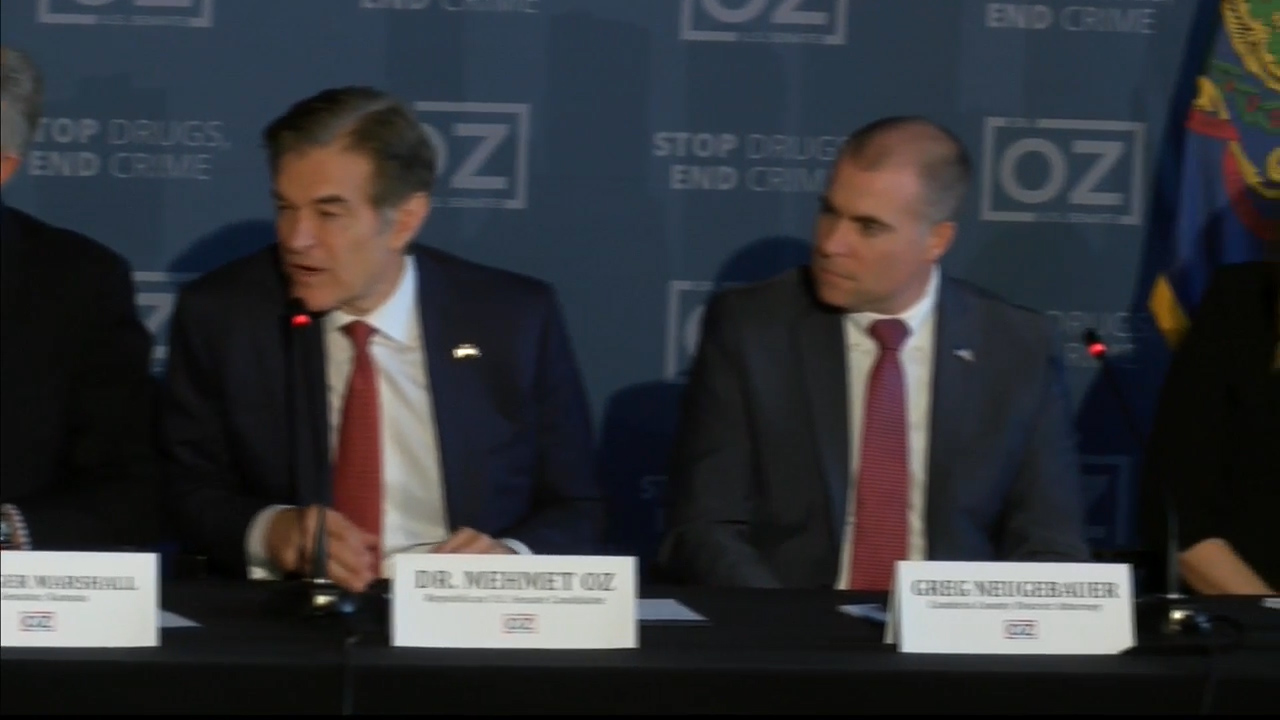 3 weeks until Election Day and candidates for the US Senate seat from Pennsylvania continue to visit our area.

The hour-long discussion organized by his campaign took place at the Bottle Works Ethnic Arts Center in the West End of Johnstown.

It was not a public event, it only took place with the panelists and media in the room.

Much of today’s discussion focused on the rise of Fentynal and how to combat it.

Oz spoke about supporting more efforts to get drug addicts to rehab, a pledge to do more to secure borders to limit the arrival of Fentynal from Mexico with panelists explaining how jailing more people won’t solve the problem
and their efforts here have helped to some extent

But there are fears that the drug problem will further tear communities apart.

“It is an issue that continues to grow in importance and will forever mark this nation, this Commonwealth and this county unless we start to take it seriously and aggressively push back against what we have since tolerated. too long.”

With regard to the more specific problems of combating crime, the discussion itself was confined to the drug crisis. Although Oz was asked by one of the reporters in the room about specific plans to reduce crime.

To which oz ignored the question as he left the room.