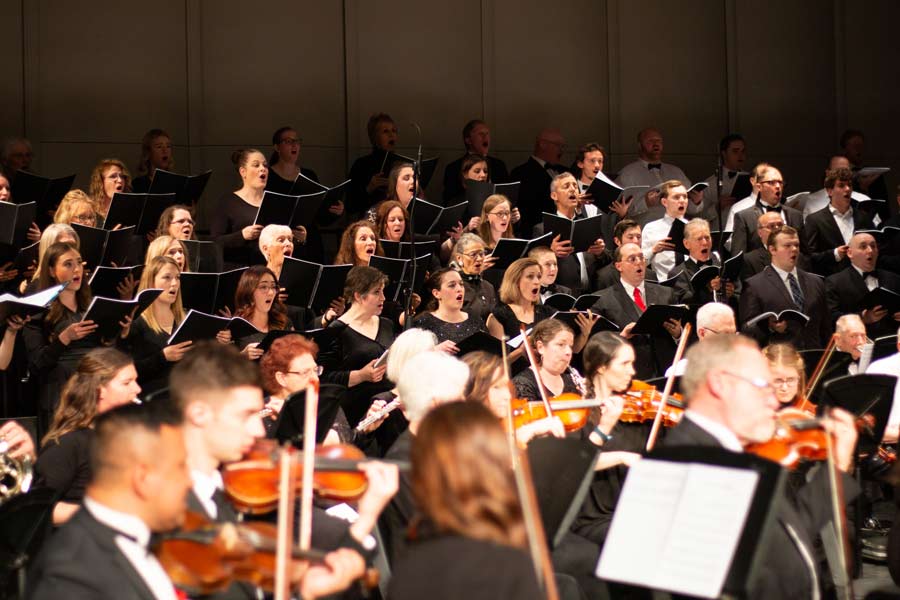 IDAHO FALLS — A cast of local artists is excited to bring back an annual Easter-themed musical production this season.

“Lamb of God,” a depiction of the last week of Jesus Christ’s life represented entirely by music, will be before live audiences in eastern Idaho for the first time in two years.

The 80-voice choir and 50-piece orchestra held their first performance of the season last weekend at Madison High School in Rexburg. Although the crowd was not as large as they had hoped, cast member Karin Dance told EastIdahoNews.com that the show was wonderful and those in attendance were moved by the experience. .

“After the evening performance, an older gentleman approached me and said, ‘This is the most professional production I’ve ever seen. I lived in Vienna, and it was more impressive than the operas and productions I saw there,” says Dance.

Artists from dozens of faiths have performed Rob Gardner’s “Lamb of God” to audiences around the world since 2010. It’s been performed in eastern Idaho since 2018, and the 2020 production took place days before the start of COVID-19 quarantine.

“It was a miracle that we picked such early dates that year. We had to cancel our 2021 plans due to COVID,” says Dance.

But a film version of the show produced by Excel Entertainment was shown in local cinemas last year.

The dance sits on the board during Witness the Music of Southeast Idaho, a non-denominational, non-profit organization whose mission is to present sacred and inspiring music. The Southeast Idaho chapter is one of many members of the national organization, which is behind the production of the show.

Dance says she fell in love with the show the first time she saw it several years ago and wanted to bring it to eastern Idaho.

“The Lamb of God” offers a unique view of the life of Christ by telling the story from the perspective of the people who loved and followed him. There are several soloists representing the disciples and closest friends of Christ. There is also narration throughout the show, of which a dance portion provides this year.

“I had the opportunity to be a soloist and sing in previous years, so it was really fun to be the narrator this time. The narrator provides a theatrical reading of scripture, which adds a layer of depth and context to the performance,” she says.

Dance says the soloists in this year’s production are “incredible”, and the chorus and orchestra are “outstanding”. Everyone involved is thrilled to be in front of a live audience again.

“A lady approached me in tears after our Saturday performance saying she had seen our 2020 production in Idaho Falls and was in awe. She was overwhelmed by finally being able to see the production again,” says Dance.

All young people are invited to attend the final dress rehearsal on Thursday April 7 in Pocatello at the Stephens Performing Arts Center. It also starts at 7 p.m.

There is no cost to attend. All performances are free to the public, but donations are appreciated. Donations from community members are what make these performances possible. To donate or find out more, Click here.