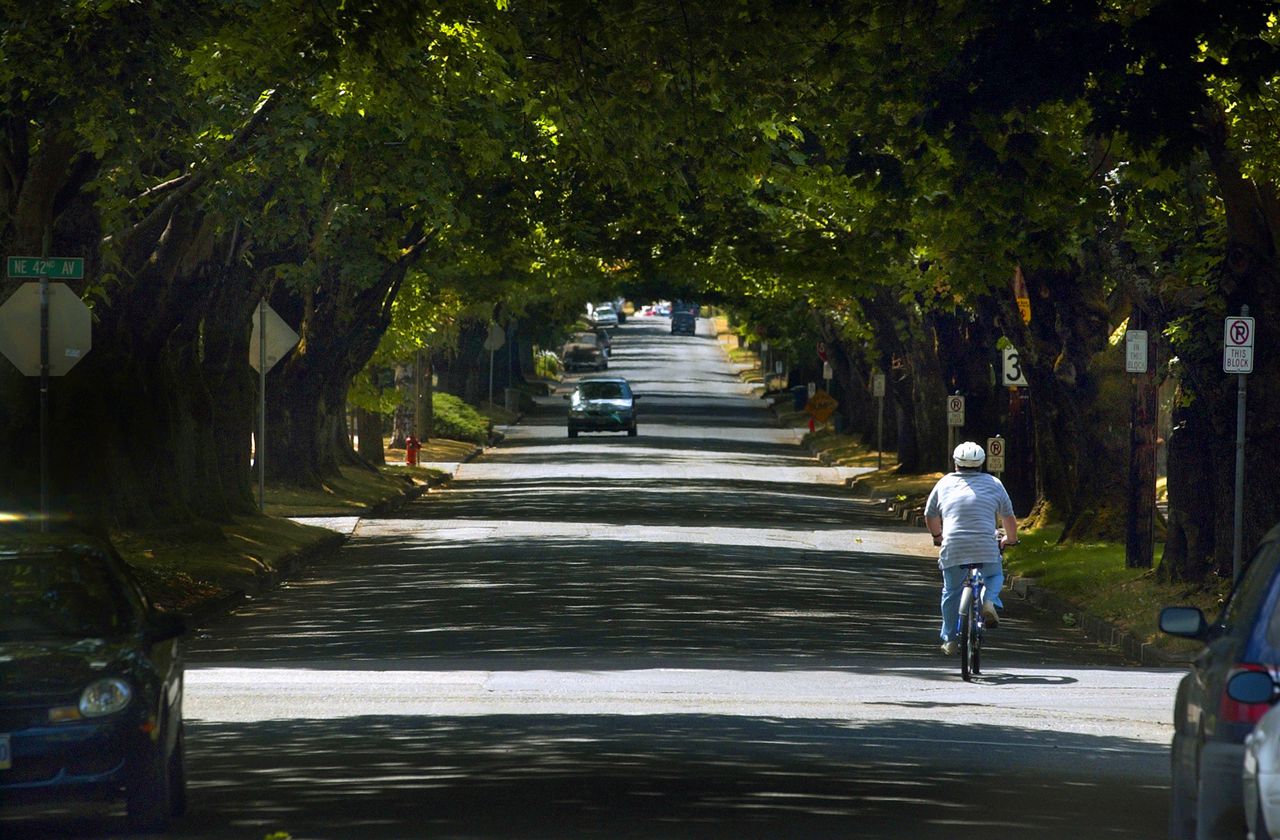 Editorial: A puzzling change for a partnership that worked

Portland’s partnership with the nonprofit Friends of Trees for years has been an encouraging example in which Portland has lived up to its motto of a city that works.

Under a $1.1 million contract with the city’s Office of Environmental Services, the nonprofit handled the logistics of acquiring trees to plant along the streets and yards, organized residents and community groups to help with planting, and continued to check tree development. In return, the city has seen some 50,000 trees – as well as the community spirit born from the collective plantings – take root in the city’s neighborhoods.

It is therefore an understatement to describe as “disappointing” the decision of the city to abruptly end this long-standing contract. Given the climate context we live in – a declining tree canopy across the city, last year’s deadly heat wave, and the recognition that Portland’s “heat islands” urgently need more trees – “incomprehensible” might be the best word.

So far, the city has done little to make its actions more understandable. As The Oregonian/OregonLive’s Kale Williams writes, the motivation to change course stems from a desire to better coordinate tree planting responsibilities shared by two city offices under two commissioners – the Office of Environmental Services overseen by the Commissioner Mingus Mapps and Portland Parks and Recreation. office supervised by curator Carmen Rubio. But while coordination is a reasonable goal, the new arrangement raises many questions about how the city will achieve the outcome or build community cohesion as Friends of Trees did.

Under the new arrangement, the Portland Parks Urban Forestry Department will oversee the planting of trees along the streets in the public space between the curb and the sidewalk; in developed parks and other areas managed by parks. The environmental services office will plant trees on industrial, commercial and multi-family properties as well as in areas it manages.

For street trees, which were the focus of Tree Friends’ work, the Urban Forestry Department will conduct a pilot program in which it will determine suitable sites for street trees and notify property owners by mail that they have been selected. . But rather than an opt-in program, the city will require landowners to opt out of receiving a street tree. While the trees, selected from a city-approved list, will be provided free of charge and planted, watered and maintained for three years by the city, it’s not hard to imagine disputes with owners who have missed or misunderstood city ​​correspondence. To its credit, the city recognizes that such a change will make the city’s direct interaction with neighbors even more important, according to a statement issued jointly by the two commissioners’ offices and the two offices.

But a city-run operation has ended the education of residents and the valuable community bonds that the Friends of the Trees plantings have enhanced. Group events in which neighbors help neighbors plant trees build community ownership and understanding of the value of trees in the fight against climate change. These are intangible assets that the urban forestry program does not seem to recognize.

Then there is also the discrepancy in the number of trees that will be planted. This year, the city aims to plant up to 1,200 trees. That’s less than half of the roughly 3,000 street trees Friends of Trees would typically plant in a year. It makes little sense to back out of one of the city’s most effective ways to increase plantings while the city is reckoning with a declining overall tree canopy. The first anniversary of the region’s killer triple-digit heatwave, which highlighted areas of the city where temperatures have soared due to concrete developments and fewer trees, is also expected to keep the pressure on. to augment trees by all available methods.

And as Williams reported, Friends of Trees has shown how to successfully partner with a wide network of community groups, including nonprofits serving communities of color. If the city wants to support that goal, highlighted by a 2018 city report on Portland’s tree canopy, there’s no reason it can’t pursue the Friends of Trees contract — and that furthermore, learn from the successes of the association –– while developing other opportunities.

The city says it is looking to increase tree planting “significantly” through the Portland Clean Energy Fund and by issuing additional contracts in the future. And Rubio will assess further steps after the urban forestry pilot ends. But when the time comes, Rubio should keep an open mind to all options, including reviving the Friends of Trees street tree partnership that worked so well initially.

-The Oregonian/OregonLive Editorial Board

Editorials reflect the collective opinion of The Oregonian/OregonLive Editorial Board, which operates independently of the newsroom. Members of the editorial board are Therese Bottomly, Laura Gunderson, Helen Jung and John Maher.

Board members meet regularly to determine our institutional position on current issues. We publish editorials when we believe our unique perspective can provide clarity and influence an upcoming decision of great public interest. Editorials are opinion pieces and therefore different from news articles.

If you have any questions about the opinion section, email Opinion Editor Helen Jung or call 503-294-7621.