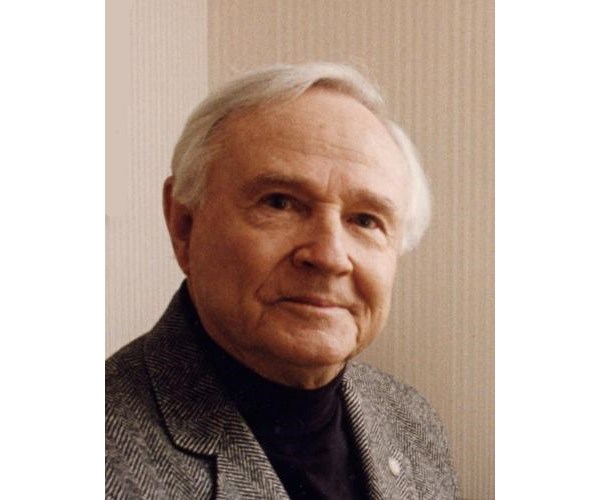 Obituaries
Ed Jelks, 99, passed away peacefully on the evening of December 22, 2021 in Denver, Colorado, where he had lived for three and a half years to be close to his son and his family. In accordance with his wishes, there will be no visitation, funeral or other services. Horan and McConaty Funeral Home, Centennial, CO, helped the family organize the cremation. Condolences can be posted on their website.
Ed was born September 10, 1922 in Macon, Georgia, the son of Oliver Robinson Jelks and Lucille Jarrett Jelks. On August 12, 1944, he married Juliette Elizabeth Christian, who was predeceased by him. His parents and a brother, Oliver Jr., also predeceased him. Survived by a son, Chris (Joan) Jelks of Aurora, Colorado, two grandsons, Devin (Devin) Jelks and Scott (Heather) Jelks, and two great-granddaughters Olivia and Amelia Jelks, all living in Parker, CO.
As a member of the Navy Hospital during WWII, Ed was stationed at the Acorn Navy Field Hospital in Guadalcanal and the No.6 Mobile Hospital in Auckland, New Zealand. After completing his studies as an officer at the University of Notre Dame, he was appointed professor in May 1945 and was honorably demobilized with the rank of LTJG in November 1945.
Ed has spent over 50 years as an archaeologist for the Smithsonian Institution, the National Park Service, the University of Texas at Austin, Southern Methodist University, and Illinois State University. He has excavated prehistoric and historic archaeological sites in Texas, Louisiana, Virginia, Illinois, New York, Wyoming, Newfoundland and the Marshall Islands in the South Pacific. He is the author or co-author of numerous published articles, monographs and books. His wife Juliet accompanied him on several of his projects in the field, where they worked as a team. They compiled and edited the Historical Dictionary of North American Archeology, which was named the Library Journal’s best reference work in 1988.
Ed has played an active role in professional archaeological societies. He was a founder and president of the Society of Professional Archaeologists and the Society for Historical Archeology. He was president of the Texas Archeological Society and the Illinois Archaeological Survey. As the United States Representative for Anthropology to the Pan American Institute of Geography and History, an agency of the Organization of American States, from 1977 to 1993, he chaired meetings of the Archaeological Committee of the Institute in Chile, Colombia, Ecuador, Brazil, Costa Rica. , Mexico and Puerto Rico.
Ed had a BA in English, an MA in Anthropology, and a Doctorate. in Anthropology, all from the University of Texas at Austin. Among his awards are the JC Harrington Medal for his contributions to historical archeology, the Clarence Webb Prize for his contributions to Caddoan archeology, and the Society of Professional Archeologists Distinguished Service Award. He was a member of the American Association for the Advancement of Science and Honorary Research Fellow of the Smithsonian Institution. It has been listed in Who’s Who in America (1982-1997) and in Who’s Who in The World (1984-1989).
Ed was professor of anthropology at Illinois State University from 1968 until his retirement in 1983, where he established and directed the Midwest Archaeological Center and was a member of the ISU Million Dollar Club for earning over ‘$ 1 million in extramural grants and contractual support for the ISU Research Program.
Ed was director of the McLean County Historical Society and was president of the society from 1983 to 1985. He served on both the Illinois Historic Preservation Commission and the Normal Historic Preservation Commission. He was an organizer and first president of the Neighbors Association of Normal and the School Street Neighborhood Association. The city council named him Normal Citizen of the Year in 2004.
Over a period of approximately 40 years, Ed and Juliet have fostered dozens of international students. In 2000, they were awarded a bronze plaque in Beijing by the Chinese Ministry of Culture for their efforts in supporting Chinese exchange students.
In 2018, after the death of his wife Juliet, Ed moved into a self-catering apartment at Legacy Village in Castle Pines, CO. There, he started a residents’ council and a popular singing activity for residents. Ed loved being close to his family and getting to know his young great-granddaughters.
A group of former students and colleagues from Ed recently established the Edward and Juliet Jelks Scholarship at Illinois State University. Those wishing to donate in memory of Ed can do so at: https://scholarshipfinder.illinoisstate.edu/scholarships/edward-and-juliet-jelks-scholarship/.
Ed will be remembered by the many people whose lives he touched.