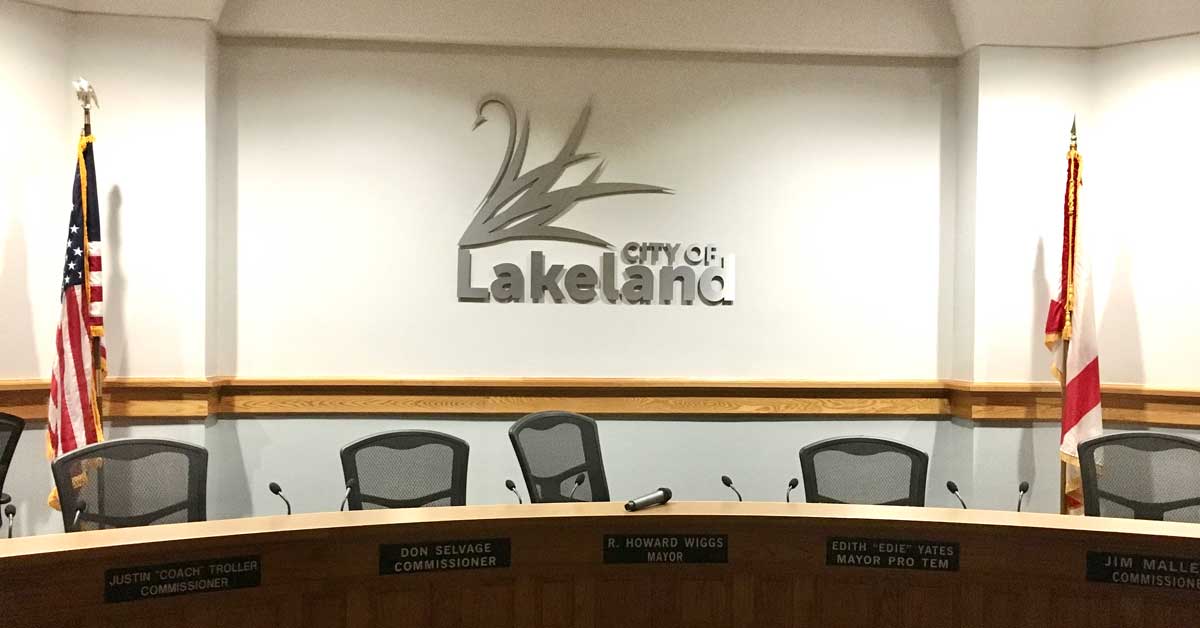 Lakeland residents will have two chances next week to learn more about the eight people who applied for a seat on the city commission. The first is an NAACP forum at 6 p.m. tonight at the Coleman-Bush Building. And next Monday, the eight candidates will formally introduce themselves to the current seven commissioners at a public meeting.

The person chosen will take office Nov. 7 and serve the remaining 13 months of Phillip Walker’s term, who resigned from the commission due to his unsuccessful bid for the Florida House of Representatives. Under a provision of the city ​​charter approved by voters last year, City Commissioners fill vacancies when there are less than two years left until the next election.

The commissioners set policy for the municipal government of Lakeland, including oversight of city-owned Lakeland Electric. The person appointed to the position will be able to stand for the seat in the elections next fall and will have the advantage of being incumbent. Commissioners are paid $31,687.95 per year.

Tonight’s forum will be an opportunity for community members to hear from the candidates and possibly let commissioners know who they prefer and why, said Terry Coney, president of the NAACP Lakeland branch, which is sponsoring the event. . The Coleman-Bush Building is at 1104 N. Martin Luther King Jr. Ave.

Next Monday, city commissioners will hear from candidates for up to 15 minutes each beginning at 8 a.m. in the commission conference room at City Hall. The room is too small for a large audience, but the interviews will be broadcast live on the LakelandGov TV Page and on cable: Spectrum Channel 643 / FiOS Channel 43. Replays of the interview will also be available.

Members of the public will not be able to ask questions or make public comments during the interviews, but they will be able to do so when the commission meets to make its final decision on October 17. This will take place during the regular committee meeting. at 9 a.m. in the commission rooms at City Hall, 228 S. Massachusetts Ave.

See the questions at the end of this article.

The 16 questions are passed to the eight candidates by City Clerk Kelly Koos. Candidates will have the opportunity to respond in writing and return their responses by Friday to Koos, who will then distribute them to the commissioners.

On Monday, each candidate will have up to 15 minutes to discuss the issues they deem most relevant to their candidacy. Previous commissioners had said they would allot 10 minutes to each candidate, but extended the time after commissioner Stephanie Madden said some people were offended by the suggestion the commission could not take more time to hear potential colleagues.

The commissioners said they would listen to candidates’ responses, but would not respond. Sara Roberts McCarley, who chaired Monday’s meeting in the absence of Mayor Bill Mutz, explained that it would provide more continuity: “just because it could be skewed. You might go down a rabbit hole with one candidate and not down that rabbit hole with the other candidates. It would be very complicated.

Candidates will appear in alphabetical order. Koos explained that this is in the order their names would appear on a ballot if there had been an election.

The commission headquarters represents the northwest quadrant of Lakeland, which is west of Florida Avenue/US 98N and north of the CSX railroad tracks. See a map of the commission’s districts. The seat holder must have resided in the district for at least one year before taking office. The candidates are:

Questions were submitted by five of the seven commissioners. Davis’ compilation did not note which commissioner asked which questions. Commissioner Chad McLeod noted that there is overlap between the sets of questions, so candidates can decide which to answer. The questions, edited for style:

1) What is your vision for Lakeland, specifically your representation of the Northwest District?

2) Timing …there are other board and committee assignments. Are you able to make the time to attend?

3) What is the largest budget amount or oversight you have approved?

1) Do you have time to do this job? In addition to our four monthly meetings, you will support the committees Mr. Walker served on. (Editor’s note: McCarley noted in Monday’s meeting that committee assignments rotate among commissioners, so these would not necessarily be the new commissioner’s assignments.)

2) In your opinion, what area should the city address?

3) What do you bring to the commission and why should we select you?

1) Why would you want to serve on the committee?

2) What assets will you bring?

3) What is the most difficult problem you have had to solve professionally and how could this experience apply to this role?

4) What do you know about the infrastructure and how it works?

1) Describe how your skills best match the needs of representing the interests of the citizens of the Northwest District and the city as a whole.

2) In particular, what is (are) your area(s) of passion for the city?

3) Looking at what has been accomplished over the past five years in the governance of the commission, what is the most significant unresolved gap that you would like to see corrected?

1) Why do you want to serve as Acting Commissioner for the Northwest District?

2) What unique perspective do you think you bring to the current committee?

3) Which issue dealt with by the municipal commission would you find most interesting and why?