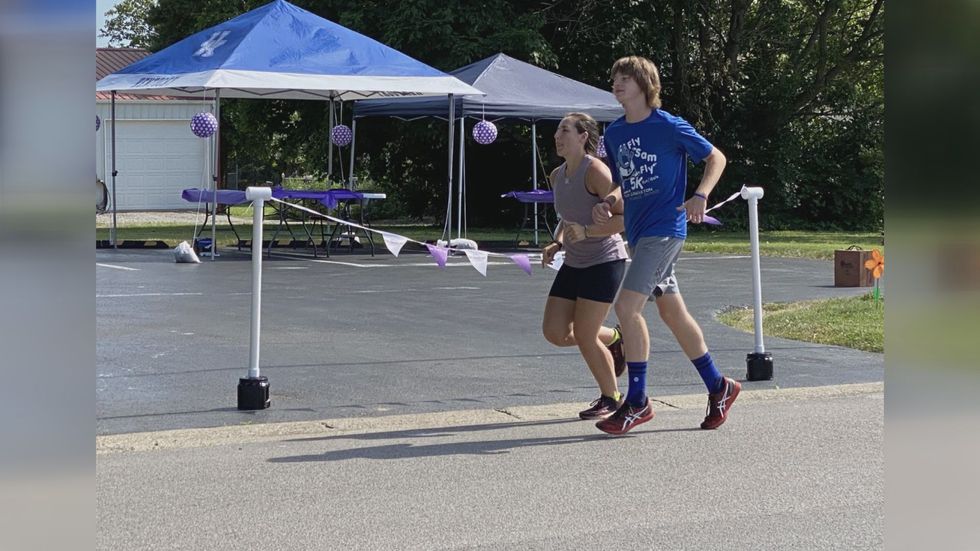 STANTON, Ky. (WKYT) – An exercise athon held in Stanton on Sunday was aimed at raising funds and raising awareness of Alzheimer’s research.

Angela Todd was the organizer who also wanted to honor her father by hosting the event on Father’s Day.

It was a 16-hour marathon that turned every step into money raised for the local chapter of the Alzheimer’s Association of Greater Kentucky and Southern Indiana.

It is a cause close to his heart.

“My father passed away in 2009 from Alzheimer’s disease,” Todd said. “He was diagnosed around 2003, so we didn’t have him for very long after he was diagnosed.”

It was his father’s affinity for exercise that inspired the event, and Todd thought there was no better day to host it than Father’s Day.

“It’s my way of not only remembering him, but also honoring him and hoping that many more girls don’t lose their dads to this nasty disease,” Todd said.

A drug recently approved by the FDA aimed at slowing the progression of Alzheimer’s disease is driving this hope.

And Todd aims to pick it up and run with it.

“This is a first step, so now that we have this drug, we can hopefully get more funding from outside organizations and big financial companies and just put money into this disease,” said Todd. “So maybe we can find a real cure, so hopefully it leads to a lot more.”

Todd said she plans to make it an annual event and is already planning how to raise even more money next year.

Summer in the square from Saturday