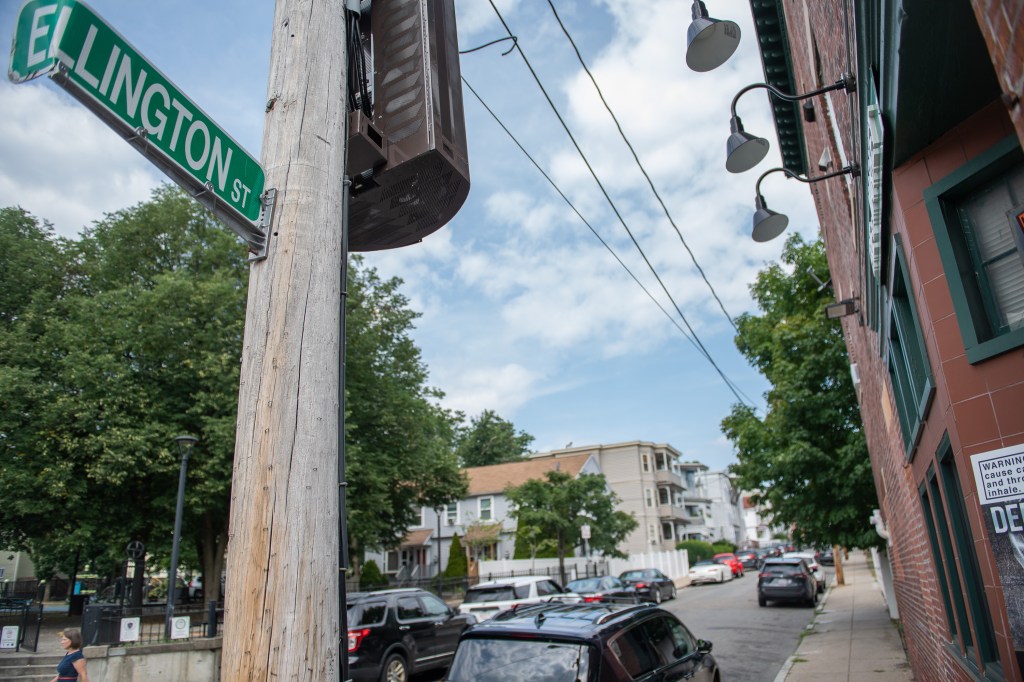 Fear, sadness and determination in Boston after the murder of a 15-year-old boy

The tragic shooting death of a 15-year-old boy sparks calls for more action to reduce violence – and deep sadness in a small neighborhood trying to cling on to progress.

Curtis Ashford Jr., 15, was playing basketball nearby and, shortly before someone shot and killed him just before 7:30 p.m. on Wednesday, he told his mother he would be home by 8:00 p.m. she said. local TV channels.

The police report from the scene of the shooting, which is only a few paragraphs long, describes officers called to the first block of Ellington Street near Erie Street at 7:27 p.m. Wednesday for calls about a shooting. Officers say they found someone “with an apparent gunshot wound in the back”, and firefighters, emergency medical responders and cops all administered first aid within minutes of the call.

The boy was quickly brought to Boston Medical Center, but a doctor pronounced the boy dead 22 minutes after the initial 911 call.

That shooting happened in Councilman Brian Worrell’s home neighborhood, and in a phone call with the Herald, he spoke of the “need to get out of this mentality that is part of our everyday lives.”

Worrell said the city needs a ‘holistic’ approach that involves ensuring city resources are as accessible in historically underserved and high-density minority neighborhoods like this on the Dorchester line. -Mattapan.

“I don’t want anyone to think this is normal, that we’re stuck with this,” he said. “Everyone will have to show up – and our community needs to show up too.”

The Erie-Ellington neighborhood – named after the streets where the tragedy took place – is a small area bounded roughly by Columbia Road, Washington Street and Blue Hill Avenue. It is one, according to residents, that has come a long way, thanks to the hard work of the people who live there; Worrell has described it as “night and day” since childhood, and it’s a neighborhood that has grown from the depths of vacant homes and desolation to a place where families settle.

Take the playground right next to where Curtis Ashford Jr. was shot. She said that ten years ago some kids showed up at the neighborhood association meeting and said they would like to have a nice park, a place where people don’t “do gang stuff. and where the ground is not strewn with needles.

So the community succeeded, with the help of the city and local businesses – and now it’s a shaded corner park with picnic tables, benches and a large playground, and the community plans a small dedication at the library outpost next month. They were able, as Forman put it, to “repel the undesirable element” of people committing crimes and carrying illegal weapons.

“But this kind of thing is instilling fear in people again,” she told the Herald. She said she wanted to call a community meeting this week in this park “to say, ‘Listen, we have to be the ones to bring our community back.’

But also, in light of the tragedy, “I want us to be a supportive family for his mother – not just today and tomorrow, but next month and beyond.”

At one point, Forman took a minute to answer another call — it was Andrea Campbell, the former district councilman and current candidate for state attorney general.

For the elect, Forman said, “They need to be there when they hear the town cry.”

A little later, Campbell told the Herald of the shooting, “Receiving this news is devastating. A 15-year-old kid… You don’t want these to be the reminders that we have work to do.

Officials who showed up at the scene Wednesday night asked for the community’s help in locating the shooter and said more work was needed to prevent tragedies like this. Mayor Michelle Wu called the shooting “absolutely unacceptable” and said “we are all robbed of the potential” of the teenager.

City Council Public Safety Chairman Michael Flaherty said Thursday, “As a family and our entire Boston community mourns the tragic loss of a teenager, city leaders must continue to work to end to gun violence in our city and be more responsive to calls from communities. For the safety.”

The Herald wrote about Ashford’s father 14 years ago when Curtis Ashford Sr. was stabbed to death in South Boston. According to witnesses and friends at the time in June 2008, he was a good guy trying to break up a fight. His death broke the hearts of friends and family, according to the article that mentions then-baby Curtis Jr.

In a California town, a militia is welcomed by some, warned by others