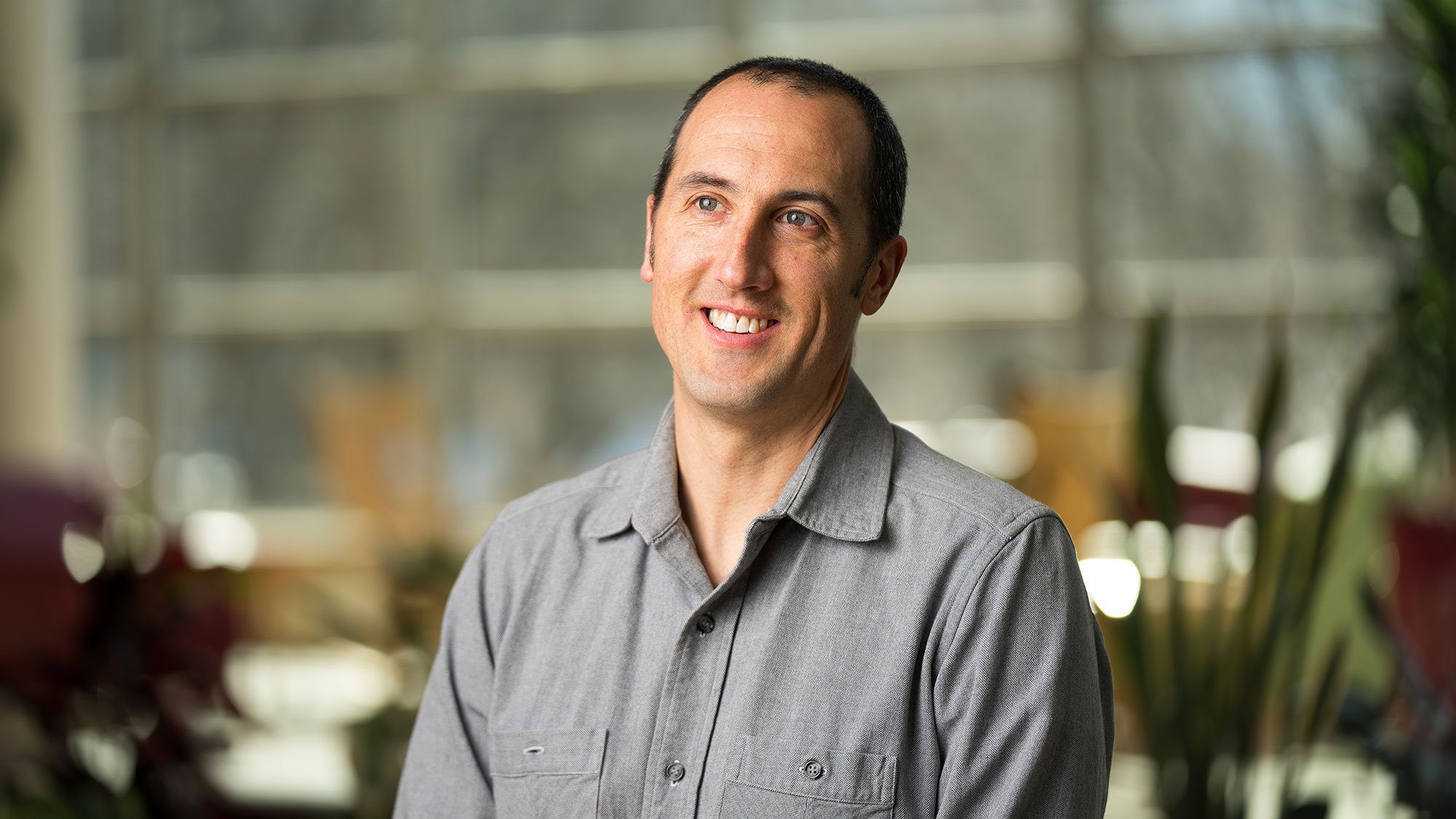 The College of Social and Behavioral Sciences recently sat down with Marcel Paret, Associate Professor of Sociology, in their new CSBS Conversations interview series to discuss his exciting new book. Fractured militancy: precarious resistance in South Africa after racial inclusion. Dr. Paret will launch his book on Friday, May 6 at 6:00 p.m. MST with a opening night hosted at Weller Book Works.

Can you give us a summary of your book as well as a brief history and political context of South Africa?

In the book, I focused primarily on the case of South Africa, where racial inclusion involved the dismantling of the brutal apartheid regime, one of the most oppressive systems of racial domination the world has. never seen in the middle of the 20th century.

To tell the story of South Africa and the dramatic transition from apartheid to democracy, I use the prism of protests and social movements. This includes the grassroots movement against apartheid in the 1970s and 1980s and early 1990s. South Africa is a country of extremes. If apartheid was the pinnacle of state racism, it also produced one of the most impressive social movements we have ever seen.

Ultimately, however, the movement sparked a process of racial inclusion that was largely political rather than economic. The new constitution abolished racial discrimination, creating legal equality between racial groups, very similar to the United States after the civil rights movement, but economic challenges remain and economic inequality is extreme.

In this context, the protests resurfaced, not just a few protests, but a lot of protests. Many people feel betrayed by the black elites who came to lead the government after 1994. They feel betrayed by the government which does not deliver on the promises associated with this transition from apartheid to democracy. The struggles, however, are far from unified. The inhabitants isolate themselves from each other. The title of my book Fractured militancy, highlights this dual character of popular resistance, both militant and fragmented.

In this book, you have decided to write from the perspective of the poor urban black neighborhoods of Johannesburg. Why was this important for the story?

There are two answers to the question that are quite closely related to each other. One answer is that these poor urban neighborhoods are where much of the post-apartheid politics takes place. Since the late 2000s, South Africa has seen a steady wave of protests rooted in poor black neighborhoods located mostly on the urban periphery. It is here and in spaces of economic hardship and protests that one can witness these feelings of betrayal and the widening gap between the expectations and realities of democracy. As my research progressed, it also became clear that the dynamics around these community protests were very localized. In the contemporary post-apartheid period, each residential area had its own community organization, its own relationship with the government, and its own politics. It was part of the fragmentation I talked about in the book, the separation of communities.

This brings me to the second answer, which is that I felt it was important to tell the story of post-apartheid South Africa from the perspective of the poor. Some commentators writing about South Africa assume that the poor are largely irrelevant to mainstream politics which is dominated by upper class elites. They may assume, an assumption that occurs in many places, that politicians can easily manipulate the poor for their own personal gain. In contrast to this approach, I wanted to take the poor seriously as critical thinkers and doers. My research demonstrates that people are not just manipulated from the outside, but have the ability to think and develop solutions on their own. This is not to say that I aim to glorify what we might call, in quotation marks, “the struggles from below”. My aim is to take the poor seriously and show their political complexity.

I think the simple answer to your question is that movements should be careful to consider both race and class or, more generally, race and capitalism. In the book, I draw parallels between South Africa and the United States. Let me recap some of these parallels, as well as some of the important differences

A parallel is that black liberation struggles continue in both South Africa and the United States in the wake of racial inclusion. In both places, the grassroots resistance movement for civil rights in the United States, the anti-apartheid movement in South Africa, ushered in a new era of racial equality. Yet in both places, formal racial inclusion has failed to eliminate lingering racial inequality or the concentration of economic hardship within black communities. These conditions give rise to protests in both places after this process of racial inclusion. In the United States, for example, the uprisings in Ferguson and Baltimore in 2014 and 2015 helped propel the Black Lives Matter movement. Like the protests that have spread across South Africa, the demonstrations in Ferguson and Baltimore have emerged from predominantly black neighborhoods marked by unemployment and poverty.

There are many differences between the two movements. The first is that participation in Black Lives Matter has expanded to include the middle classes as well as various racial groups. Now, with regard to South Africa, the same widespread participation did not emerge in South Africa, where the urban poor remained much more isolated, not only from each other, but also from the middle classes. Protests in South Africa were also different in that race was not at the forefront, while protesters in the areas I researched were almost always black. They frequently voiced their grievances, demands, and discourses of class rather than race.

What are the broader political and societal implications made in this book?

A general conclusion of the book is that elite movements from above and grassroots movements from below are constantly being shaped. We often focus on one or the other, but it’s important to think about their dynamic interaction. Specifically, elite maneuvers can weaken cooperatives and fragment popular movements. It’s a process I call passive revolution, inspired by Italian theorist Antonio Gramsci. I argue that this is what happened in South Africa through the process of racial inclusion. The maneuvers of white and black elites not only undermined the more radical side of the anti-apartheid movement, but they also demobilized popular organizations and redirected popular expectations towards government provision of public resources. These motives invited competition over scarce public resources, and I argue, eventual fragmentation of the movement.

The second implication of the book relates more generally to the long arc of black movements, or we could say racialized movements more generally, as they move between institutionalization, that is, the institutionalization of inclusion race – think of civil rights reforms in the United States or the abolition of apartheid in South Africa and popular protests in the streets. My story shows that formal racial inclusion does not deliver black liberation, in that failure it can both rekindle and fragment new protests. We must pay attention to class struggles in the processes of racial inclusion. It is not a question of thinking of one or the other but of thinking of the functioning of the class within a racialized movement.

The book also talks about the possibilities for collective action and social change in a world of rising inequality, which many people have pointed out across the world, not unique to South Africa or the United States. Growing economic inequality is something we see in many places.

One last thing is that the book offers insight into the dynamics surrounding immigration and xenophobia. One of the book’s chapters shows how community protests around things like housing and electricity fuel and occur alongside attacks on foreign-born people. As in much of the world, including the United States and South Africa, economic insecurity and inequality fuel anti-immigrant sentiment.

What would you invite the reader to do after reading this book?

There are several different things one could do after reading this book. If you like the book and want to know more…. I encourage people to somehow sue South Africa. We often have simple or limited visions of what is happening in South Africa… but the dynamics are complex.

If you are interested in the larger issues I point out in this book, the best thing you can do is join a movement. Join the movements taking place in your local context. I think this is probably the best thing you can do to fix some of these lingering issues. There are many ways to participate, some more productive than others. I think the key thing my book points to is being critical of what the movements do and what they aim to accomplish.

I thought I would just pick up on something I started to say in relation to an earlier question about my particular purpose of this book, and why did I choose to focus this history of post- apartheid on the poor neighborhoods of the urban area. periphery. I think these neighborhoods are key to understanding what is happening in the global economy today and what is happening in South Africa. The measure of South Africa’s success depends at least in part on what happens in the lives of the black urban poor. Without their perspective and voice, any story of racial inclusion, any story of democracy will be incomplete.

Watch the full interview below.

Patti Smith to headline Chicago Metro for her birthday kickoff