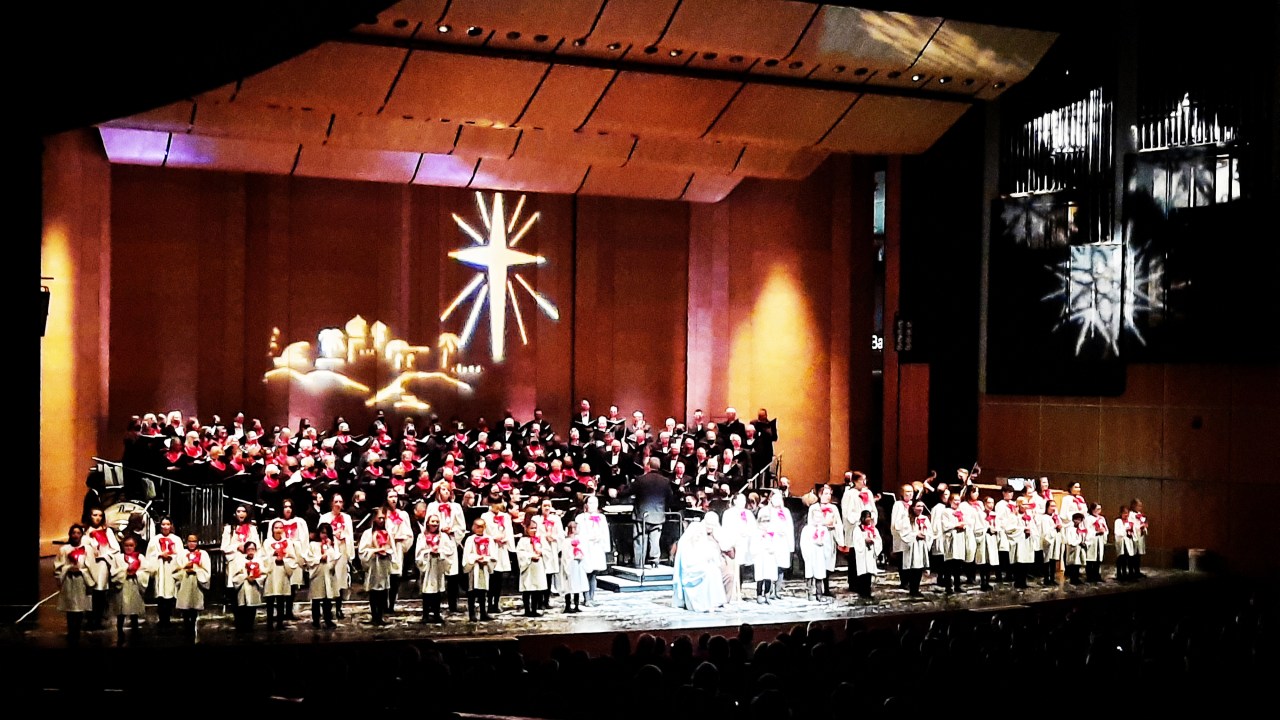 GREEN BAY, Wisconsin (WFRV) – Green Bay’s largest-scale Christmas concert – “Holiday Pops” – returned on Saturday afternoon with almost as much luster as when it had stopped before the hiatus. the 2020 COVID-19 pandemic.

Masks for singers and some musicians (not wind) represented the “almost”. Despite this, the concert graced the Cofrin family room at the Weidner Center for the Performing Arts with beauty.

Highlight: The art flows in a mix of orchestra, adult and youth voices and an enriched interpretation of Johann Pachelbel’s silky “Canon” by Paul O’Neill, composer for the Trans-Siberian Orchestra.

Highlight: Hear the music of the electrified Trans-Siberian Orchestra performed with impressive musculature by an â€œau-naturelâ€ orchestra.

Highlight: The bells join the choral singing and the rhythmic playing of the orchestra in “I Saw Three Ships”, reminding everyone how lively the sound of the hall is.

Highlight: The building sound of singers, adults and youth alike, arriving on stage for the opening â€œO Come, All Ye Faithfulâ€ as the living and breathing orchestra creates the aura of splendor.

Highlight: The dancers express their joy in movement by creating a visual image of what Leroy Anderson always said in music in â€œSleigh Rideâ€.

Highlight: a lively sound / visual fresco that fills the stage of “Silent Night”, completed by a representation of the Nativity with a baby in swaddling clothes.

The orchestra performed brilliantly and / or finesse.

The singers had to wear masks, lowering their voices a notch in efficiency but not in appeal.

Artistic Director / Conductor Kent Paulsen filled the program with variety and personality, weaving a bit of calypso and Trans-Siberian thrust with sweet traditional folk songs and the main purpose of Christmas – reverence.

The weather scared this year’s production with a heavy snow flurry in the morning. The prospect of the show being banned for more than 250 artists and a large audience seemed to be looming. The weather grew dull and the bright sun was shining and brightening up the day in more ways than one.

+ “It’s the most wonderful time of the year” – George Wyle, Edward Pola, arranged by Mark Hayes

+ “Santa is coming to town” – J. Fred Coots, Haven Gillespie/// With an appearance of Santa Claus distributing candy to children

+ “I Saw Three Ships” – traditional English song, arranged by Mack Wilberg/// Showcase a choir of bells made up of choir members

THE PLACE: Cofrin Family Hall is one of three performance spaces at the Edward W. Weidner Center for the Performing Arts at the University of Wisconsin-Green Bay. At its maximum capacity, the hall can accommodate 2,021 seats on its three levels of maple and burgundy seating. Opened on January 15, 1993, the hall was built to accommodate the needs of orchestral concerts, operas, musicals, plays, and organ, band and choir concerts. For acoustic properties, wood is highlighted on seats, mezzanine and balcony surfaces, and walls near the stage. Many surfaces are curved to help shape the sound. The wood is also featured for an aesthetic reason – a “here” aura of wooded northeastern Wisconsin.

THE PEOPLE: The name Cofrin relates in large part to AE Cofrin, founder of Fort Howard Paper Co., and his son, Dr. David A. Cofrin, who was instrumental in building the Weidner Center through donations from several millions of dollars. A friendship developed between David A. Cofrin (1921-2009) and Edward W. Weidner (1921-2007), the beloved founding chancellor of the UWGB. Weidner spoke slowly and had a great idea. Weidner arrived when there were no buildings on the current campus on the hills near the shore of Green Bay. His interests ranged from academia to ornithology to sports. He liked construction projects. It was in his blood. He guided the construction of the Weidner Center, so named from the start of construction. Weidner admitted that his eyes were swollen once while driving to a show and seeing a green sign along the highway: WEIDNER CENTER.