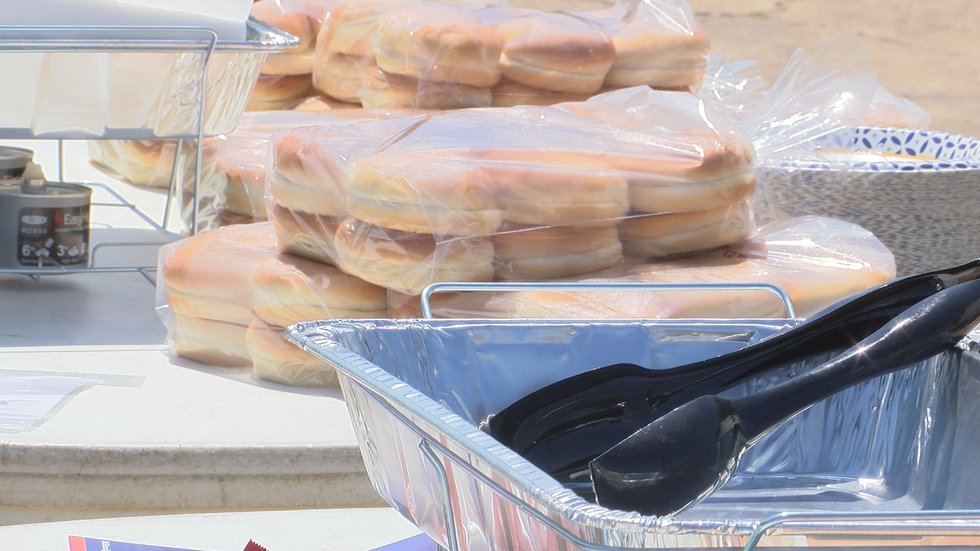 BILOXI, Miss. (WLOX) – As we remember, thousands of Americans lost their lives that day 20 years ago, along with the first responders who risked theirs.

The District on Howard in Biloxi wanted to say thank you in a special way. The organization provided first responders with free hot dogs, burgers, snow cones and potato chips.

The group invited the audience to purchase plates for $ 10 while enjoying the live music.

Howard Avenue Ward Development Director Bobby Gillon wanted to host the event given he comes from a good neighborhood outside of New York City.

He said 9/11 still affects him and many others to this day and they cannot believe America has reached the 20th anniversary of the tragic event.

Gillon thought it would be best to honor those who lost their lives, as well as those who risk their lives to protect the community.

“September 11 really touched me 20 years ago. When I moved here and found a community, it really touched them too, it surprised me. So it’s just a date that I just wanted to do for the first responders here and it landed on a Saturday so it worked.

Gillon explained that the purpose of hosting the event downtown was due to the increased need for first responders in the area.

“These are the people who took care of us, especially at the end of the year and for a very long time, especially downtown,” said Gillon. “The police and fire department really took care of this community and we just want to thank you.”

Deputy Police Chief Christopher Deback has served the ministry for over 20 years.

Deback said the change in his work climate was extremely noticeable once planes hit the World Trade Center Twin Towers, causing unrest for the nation.

“First responders, in general, have played different roles since September 11. We have improved our community engagement, I think. Of course, the community came to support law enforcement, fire departments and hospitals a lot more, ”Deback said.

Deback said he was honored to serve a community that strives to show its appreciation to first responders.

“We are here to serve the public. We are the community; the community is us and without them it would be difficult to do our job, ”said Deback. “Events like this and events at Gulfport like the Badge Blessing, it shows us so much support and brings us together.”

Organizers said all proceeds will go to the Biloxi Police Department and the Biloxi Fire Museum.