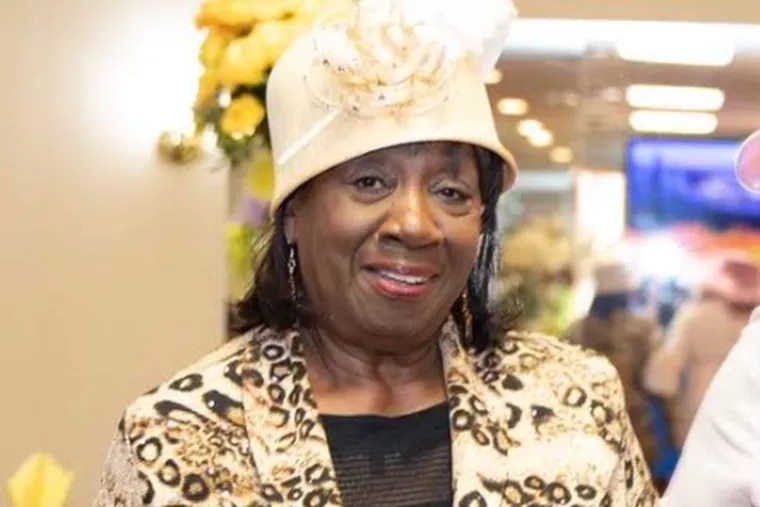 Jessie Frisby, 85, formerly of Philadelphia, the first African-American woman to open a business in the 1500 block of South Street, an energetic church leader and award-winning community activist, died Wednesday, August 3 of an illness heart at Christiana Hospital in Newark, Del.

She then launched the Itsy Bitsy children’s clothing store on the same block, and in 2005, transformed a former hair salon at 1525 South St. into Jessie’s Herbal Essence health food store. “I was blessed by God, and he gave me this perseverance,” she told the Philadelphia Tribune in 1997. “I know a lot of people wonder how I did it.”

A tireless campaigner for nearby business associates and residents of her downtown Southwest neighborhood for nearly 60 years, Ms. Frisby purchased the building at 1537 in 1989 and retired in 2016 as landlord. oldest African-American business on this block of South Street. Improving the lives of her customers and reinvigorating South Street west of Broad Street drove her business and civic involvement, she said.

She was honored by the City Council in 2012 for her decades of community involvement and, to recognize her many contributions, her likeness was portrayed in a colorful mural that adorned the now demolished wall of the historic Theater Royal nearby. She has also discussed health and wellness issues on local radio shows, and organized and participated in neighborhood fashion shows. A lifelong fashionista, “she made a statement every time she walked into a room,” her family said in a tribute.

“The many things I learned from her will never be forgotten,” said Soyini Ayan, Ms Frisby’s former business partner. Former colleague Raisa Jones said: “Because of her, I will continue to stand out and stand up for what is right.”

As president of the South Street West Business Association and a member of the Center City Residential Association and the South of South Street Neighborhood Association, Ms. Frisby supported structural improvements in the area and closely watched the gentrification boom in the area. piece. In 2011, she told the Daily News: “People are coming. They build. They make it difficult for us. Taxes go up. »

She won the Madame CJ Walker Award for “deserving and accomplishments of local African-American businesswomen in the Delaware Valley region” from the Pennsylvania chapter of the National Coalition of 100 Black Women, a development award of Philadelphia Minority Businesses in 2003 and the Coretta Scott Award. -King Award for Activism from the American Library Association’s Ethnic and Multicultural Information Exchange Roundtable.

“You were the most beautiful and phenomenal mother a daughter could ever meet in her life on Earth,” her daughter said. “You really earned my respect.”

Born December 19, 1936 in Mt. Olive, North Carolina, Jessie Louise McMcoy moved to Philadelphia with her family when she was a child. She graduated from Bok Vocational High School and took classes at Community College of Philadelphia and Temple University. She married Melvin Frisby and later Ronald Hyden, whom she divorced.

She was active with Leon Sullivan and the Zion Baptist Church for over 50 years and a member of the Lott Carey Foreign Mission and the Philadelphia Chapter of Women’s Aglow Fellowship, now Aglow International. She also worshiped at Mount Pleasant Baptist Church and counseled young women on daily phone calls. “Spirituality was his fuel,” his family said.

She was a soprano and sang with several choirs, enjoyed cooking, and lived in Mount Airy, Center City, and more recently Claymont, Del. His goddaughter, Melissa Lowman, said, “She was my rock and a shoulder to lean on.”

In a tribute, grandchildren Larry, Danita and Monica Sherrod said, “She taught us to be God-fearing, independent, strong and entrepreneurial. … We will continue to live his legacy.

In addition to her daughter, her grandchildren, her former husband Melvin Frisby and her goddaughter, Mrs. Frisby is survived by eight great-grandchildren, two brothers, a sister and other relatives. Former husband Ronald Hyden, three sisters and a brother died earlier.

Services were on Saturday August 13th.