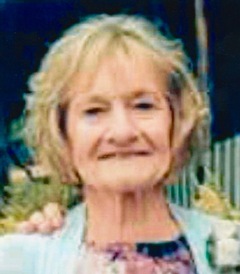 Born July 3, 1938 in Butler, she was the daughter of the late Robert and Evelyn Poole. She is survived by her husband, David Sickle, celebrating 64 years of marriage and four children, Janie Reinard, Susan Knoebel, Martin Sickle, Lori Reichenbach and their spouses. She is also survived by her brother, Gary Poole; 11 grandchildren and 15 great-grandchildren.

Judie was a 1957 graduate of Butler High School. She was an avid golfer and president of the Indian Hills Ladies Golf Association for eight years. Judie was the 1996 women’s champion at Indian Hills Golf Club. Judie was involved in many ways, serving the community in which she lived. She was Past President of the Local Soroptimist Chapter, involved in the Hill Neighborhood Association serving on the Beautification Committee, a member of St. Matthew’s Episcopal Church in Sunbury and the local YMCA.

She was predeceased by her parents, her brother, Ronald Poole and her stepdaughter, Lynnette Sickle. Above all, Judie loved her family and felt it was important to spend time with them. Her greatest joy was seeing her grandchildren and great-grandchildren participate in many activities and spending time with her younger great-grandchildren.

In lieu of flowers, contributions in Judie’s memory may be made to St. Matthew’s Episcopal Church.

Arrangements are being made by Olley-Gotlob Funeral Home, 539 Race St., Sunbury.