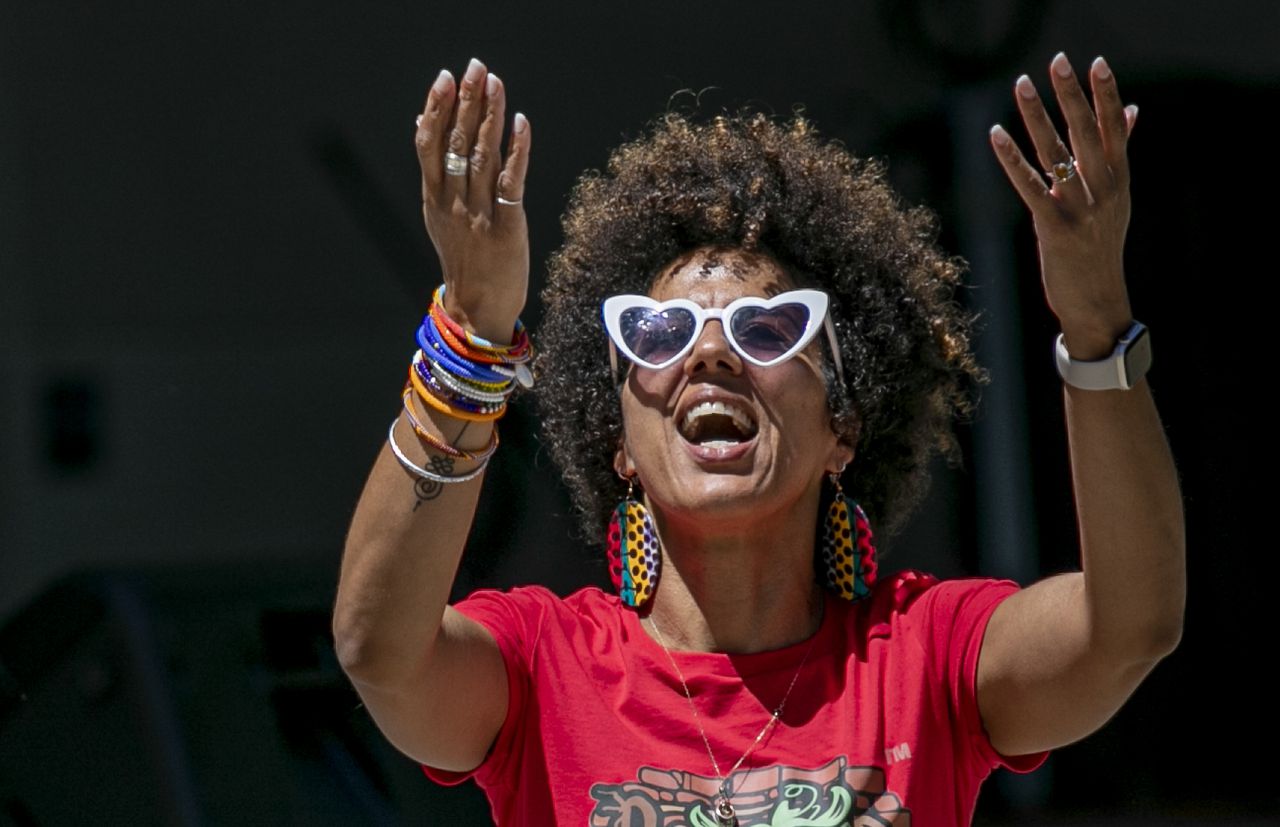 KALAMAZOO, MI – Bronson Park was bustling with activity and excitement on Saturday as Rootead held its first-ever June 19th celebration in downtown Kalamazoo.

With the long line of live music on Saturday June 18, from star artists DJ Boogie, Migizii, Ayodele Drum and Dance, RYDDE, the Samuel Nalangira Trio and DC & the DC Quintet, the dancing didn’t stop as a crowd moved towards the beats.

If dancing wasn’t enough, attendees could pick up tasty, authentic Creole dishes from the PJW Creole Cuisine food truck. A signature drink of red hibiscus tea was also offered by herbalist Mary Crosby to quench the thirst of visitors in the hot afternoon sun as they strolled between the artist booths and d local organizations.

“It was a labor of love,” Bridges said. “We wanted to do a June 19th celebration since the conception of our organization.”

Juneteenth commemorates June 19, 1865 when Major General Gordon Granger of the Union Army announced the emancipation of Texas slaves. The announcement came two and a half years after President Abraham Lincoln issued the Emancipation Proclamation that freed all Confederate slaves.

Early celebrations of the holiday included family gatherings and prayers. This is the second year June 19 has been recognized as a federal holiday after President Joe Biden signed legislation establishing it in 2021.

Bridges thinks it’s important not to be afraid to go back to what’s been left behind and thinks the community should embrace Juneteenth because of its lack of appreciation and attention in previous years.

“It’s really important for us to recognize our collective cultural history, our ancestral history, and recognize what had to happen to get us here,” Bridges said.

Residential fireworks allowed for Juneteenth for the first time in Kalamazoo

Letter: Sanchez-Jones deserves to stay on the Board | Letters