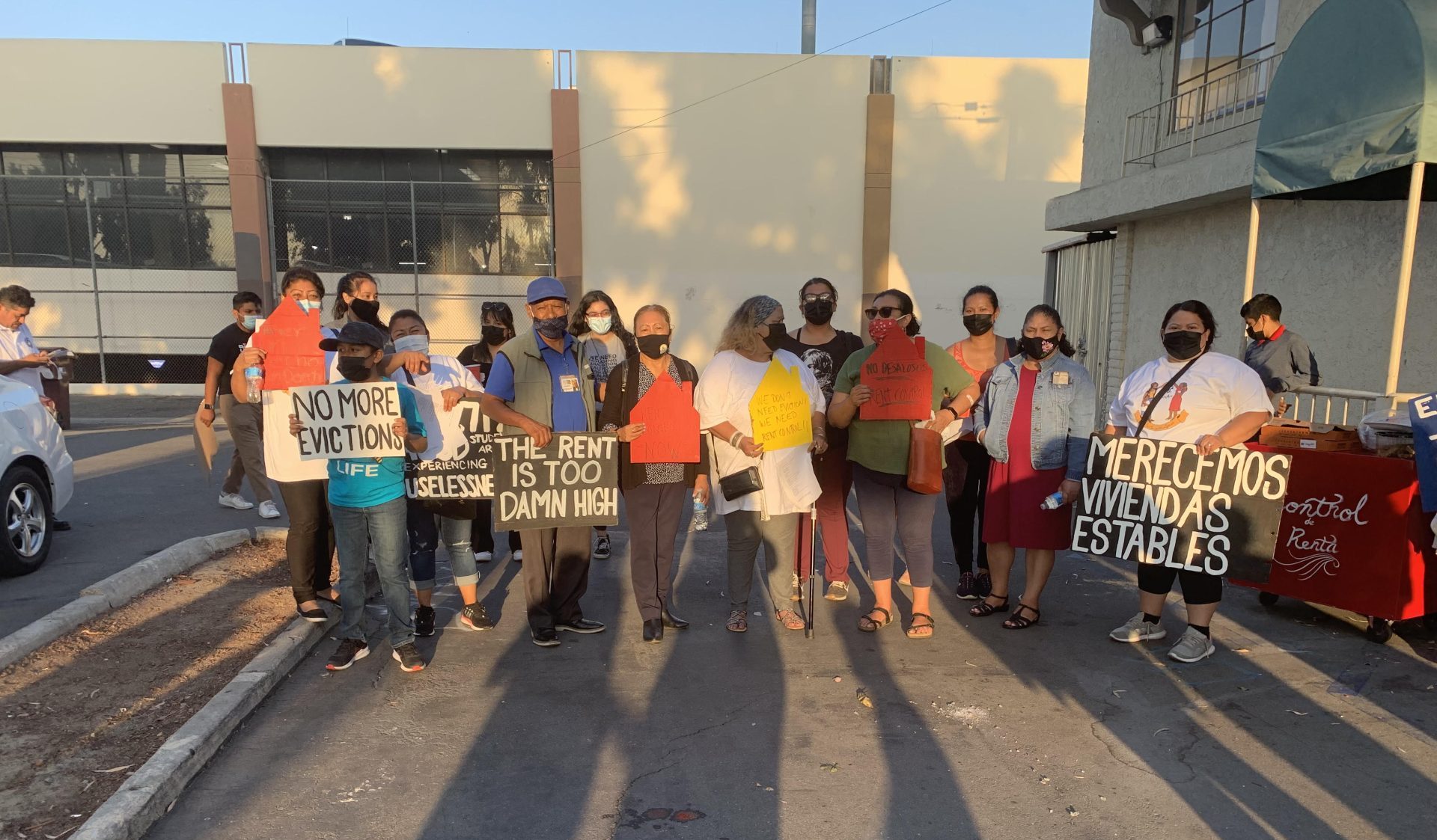 Like most of California, Santa Ana is struggling with a significant shortage of affordable housing. In this city of more than 300,000 people an hour’s drive south of Los Angeles and 10 miles from the coast, where the majority of residents are renters, the average monthly rent is $2,079 compared to $1,476 at national scale.

For residents like Alejandra Lopez, a 36-year-old housekeeper, the high cost of housing means she and her husband, a house painter, spend almost all of their monthly income on a studio apartment that costs $1,700 per month and which they share with their five children aged between 20 and 6 years old.

“If all goes well, we make about $2,000 a month. Other times we only earn enough to pay our rent,” she says, adding that the rent is slowly rising. “We tried to speak with our landlord, but he doesn’t want to hear from us. He just wants us to pay the rent. And he’s charging us $100 a day for every day he’s late.

Lopez would like to find a cheaper apartment. But it proved difficult because of the size of her family, she says. “Due to the number of people in my household, most landlords require that we rent at least three bedrooms, and we can’t afford that.” Her family used to rent a cheaper studio in their current apartment complex, but when a bed bug infestation was discovered, its landlord insisted the family move to the more expensive studio or find another location. or live. He hasn’t let them go back to the cheaper studio yet.

Although frustrated with her landlord, Lopez is also determined to fight for better housing, not only for herself but also for her roommates. To that end, three years ago she trained to become a volunteer ‘Consejera de Vivienda’, or Tenant Advisor, who is a member of the community with shared lived experiences that she leverages to better connect with its neighbors and help them meet specific needs.

This model of trained community members – often referred to as the “Promotora” model – was developed in Latin America to act as a bridge between underserved communities and the health care system. Today it is widely used both there and in Latinx communities across the United States, including Santa Ana, where 76% of residents are Hispanic or Latinx.

There, trained community members not only meet health needs, as in the traditional model, but also housing needs, says Hilda Ortiz, policy coordinator for Latino Health Access, a nonprofit that works to strengthen tenants’ rights and is a member of the Kresge Foundation’s ‘Advancing Health Equity Through Housing’ grantee cohort.

“Through the Consejeras, members of the community who have experienced some kind of difficult situation with their housing share their experiences,” says Ortiz. “This led to conversations in the community about the need for a tenants union that the Consejeras created and named, Union de Inquilinxs Esperanza, or Hope Tenants Union, to represent themselves at city council meetings and build that collective power. . ”

Last October, the Consejeras helped secure a big victory for tenants’ rights when the Santa Ana City Council passed a rent stabilization ordinance to limit annual rent increases and an eviction order for just cause for protect tenants from unjust evictions.

As Ortiz explains, “Before COVID hit, we worked collaboratively with other community groups, including Tenants United Santa Ana, to collect signatures to try to get these policy initiatives on the local ballot, but we failed twice. When the pandemic hit, we wanted to continue collecting signatures, but it became much harder to do because of the “stay at home” orders. So we activated the Consejeras. They were able to engage many tenants who were losing their jobs and risking evictions and really organized community support for the initiatives. »

She continues: “The city council’s vote is a huge victory for tenants. Now the Consejeras are telling their communities what that means. We are working with them to provide workshops for tenants to make sure tenants understand the new rights they now have. We find that many landlords are still trying to raise rents beyond what is allowed, or trying to find ways to evict tenants who are not protected by the ordinance.

Nevertheless, members of the Hope Tenants Union understand that their work is not done, Ortiz says. “State court-mandated COVID protections expire at the end of March, and we already have at least 11 eviction cases that are expected to begin hearings in April. Union members are currently planning more “Know Your Rights” workshops and exploring programs that include free legal representation for tenants like those in Philadelphia and San Francisco. They plan to bring these programs to city council to make sure council members know there’s more work to be done on the housing front and that they need to expand tenant protections even further.

Lopez, who is a founding committee member of Hope Tenants Union, agrees and is committed to continuing to improve the housing situation for low-income Santa Ana residents.

As she says, “families have been under so much stress because of the pandemic. And there are so many people who need help. It’s very sad to see him. But I also hope that our union can help them.