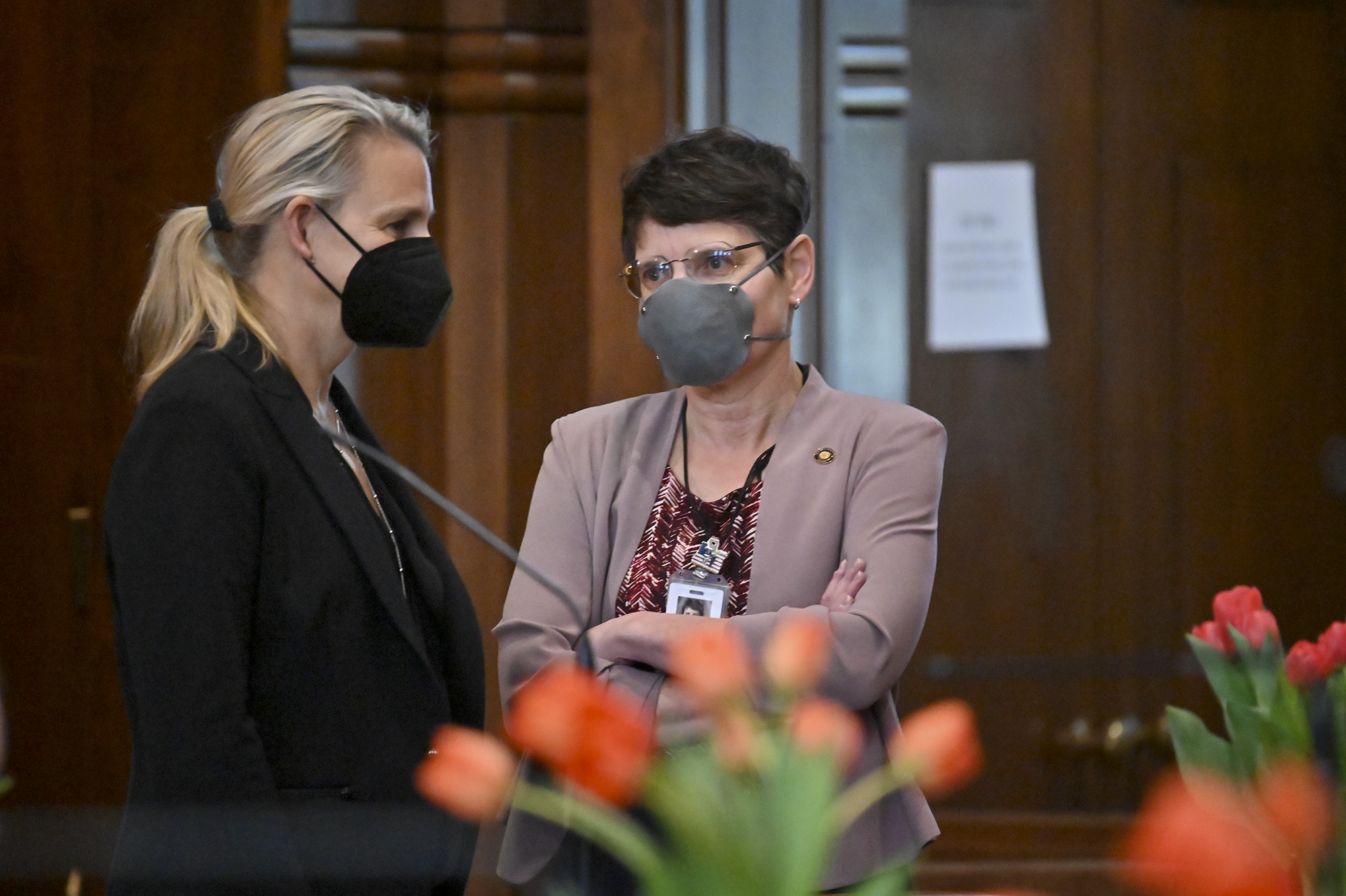 The United States Constitution guarantees that anyone facing serious criminal charges can be represented by an attorney, and anyone who cannot afford an attorney will have one free of charge. People threatened with deportation do not have this guarantee of a lawyer.

That could change under a proposal passed by the Oregon Senate in a 17-8 vote on Monday. If he receives the approval of the House and Governor Kate Brown, Senate Bill 1543 would set aside $15 million for attorneys to provide free legal representation on immigration matters, prioritizing deportation cases.

Senator Kate Lieber, the Beaverton Democrat behind the bill, said it was driven by fairness.

“The bill is intended to provide due process to those who need it and to allow a judge to decide whether someone is allowed to stay in this country based on the facts of the case,” he said. she declared. “And by the way, as much as we love to hate lawyers, we’re making the court process much smoother for the entire system, including our immigration system.”

Oregon is home to about 108,000 undocumented immigrants, the nonpartisan agency says Migration Policy Institute. Undocumented migrants make up about 2.5% of the state’s population, and the vast majority come from Mexico and Central American countries.

About 9,200 people escape deportation through the federal Deferred Action for Childhood Arrivals program, which in certain circumstances protects people who entered the country illegally as minors. Everyone else faces deportation, although the federal government prioritizes the deportation of people who have committed serious crimes, who are considered a serious threat to national security, or who have recently entered the country.

Senate Minority Leader Tim Knopp, R-Bend, said prioritizing legal representation for immigrants detained by law enforcement means the state will most likely end up paying to help people who have committed crimes to stay in the country. He and every other Republican in attendance on Monday voted against the bill.

“There are some people that I’m not interested in spending taxpayers’ money on trying to keep them in the country,” Knopp said. “I don’t know why we would want to keep someone with a criminal record of murder, rape, kidnapping in the country.”

The proposal received support from community service organizations, as well as the Oregon State Bar, the Oregon Education Association, the City of Portland, and major unions, including the Service Employees International Union, the American Federation of State, County and Municipal Employees and the American Federation. of Labor and Congress of Industrial Organizations.

While the bill requires legal services for detainees and those at imminent risk of deportation to be given priority, the money could also be used for other immigration issues that may require the assistance of a lawyer.

Lawmakers heard in writing and in a committee hearing earlier this month from several immigrants who got legal help through Equity Corps Oregon, a nonprofit program that provided pro legal advice. bono to immigrants over the past two years.

Blanca Valle, who described herself in a letter sent to lawmakers as a mother of two from Honduras, said she had participated in the program but had not yet received a lawyer. She has had to attend several hearings alone and she does not know how her case is going, she said.

“I don’t know what to do or what to say, I don’t know how to act. With a lawyer, I would feel more protected, more supported, I would know who to ask all my questions,” Valle said. “I would like to know where my file is.

In another letter, translated from Spanish, Portland resident Micaela Adamar Gaspar Mendez told lawmakers that she was only able to apply for asylum and receive a work permit because a community organization helped find a pro bono lawyer.

Gaspar Mendez, 20, left Guatemala when she was 16 years pregnant because her life was in danger, she wrote. She came to Oregon, where her father lived, and connected with the Equity Corps of Oregon, where an attorney helped her apply for asylum. His work permit arrived recently and it changed his life, said Gaspar Mendez.

“What I want in the United States is a better life for my children,” she said. “In Guatemala, where I grew up, there was a lot of poverty and violence. I was only able to study for three years, then they took me out of school because I had to help my grandparents. I want my children to have a better life.

The 5 neighborhoods of Alexandria will change – Alexandria Echo Press