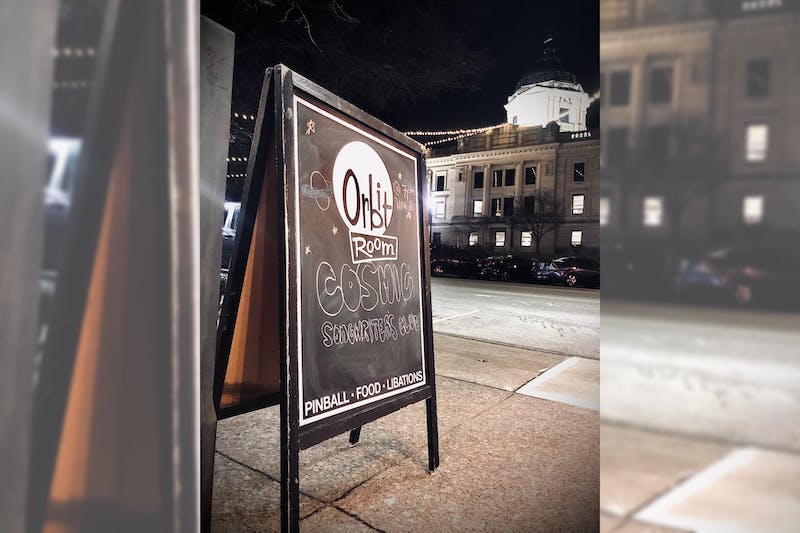 Cosmic Songwriter’s Club, a diverse and inclusive organization, features local musicians performing original material and brings songwriters together. Their fourth event will take place at 7 p.m. on March 2 at The Orbit Room.

Co-founders Pablo Fuentes and Shaun McDermott are both songwriters and guitarists. They formed aspects of the club from their own experiences playing venues such as the Bluebird Cafe in Nashville, Tenn.

The event takes place at The Orbit Room usually on the first Wednesday of every month, Fuentes said. Although performers at the event most often play guitar, they said they welcome all genres. Fuentes and McDermott want the event to be a beacon for artists to share their music with grateful audiences.

“We think there’s an incredible positive, constructive energy in music here in Bloomington,” Fuentes said. “We want to help express that energy through events like the Cosmic Songwriter’s Club.”

Individual musicians and duos can apply on the Cosmic Songwriters Club Website. For each event, Fuentes and McDermott will pair a musician or duo with another artist.

At each event, several pairs of performers perform for approximately 30 minutes each. The musicians take turns performing three songs each and share their comments. Songwriters are able to explain the meaning of their songs.

“Pablo and I both aspire to enable Cosmic Songwriter to support songwriters and the songwriting process to facilitate collaboration,” McDermott said.

Fuentes and McDermott also write new songs to perform each month. They said that unlike an open mic, this event involves a listening environment. Audiences can experience the performances and connect with the musicians as they explain the meaning of their works.

They want to bring different parts of the Bloomington community together, Fuentes said. They want to work with the Jacobs School of Music, music fans and poets. They said they also hoped to expand and include songwriters from areas outside of Bloomington.

“It’s an opportunity to practice a craft and connect with other people who care,” Fuentes said.

Fuentes and McDermott hope to present artists at the Buskirk-Chumley Theater in the fall and work with IU’s Arts and Humanities Council in the spring. Fuentes said Mike McAfee, executive director of Visit Bloomington, wanted to expand the organization into a festival for songwriters.

Local musician Devin Brown performed three original songs at the January event. He grew up with songwriters in his family and began expressing himself through songwriting as a teenager, Brown said.

Brown’s set consisted of ‘Takers’, a song about victimization, ‘Shawnee Hills’, a memoir about a place he lived and ‘Only the Devil Will Know’, a song about moonlight common sense. in the mountains.

He said coordinating the Cosmic Songwriter’s Club allows for a welcoming experience where artists can connect with their audience.

“They chose a good formula to make people feel like they were part of something together,” Brown said.

The Orbit Room is open to people 21 and older. Masks are mandatory in addition to a COVID-19 vaccination record or a negative COVID-19 test.