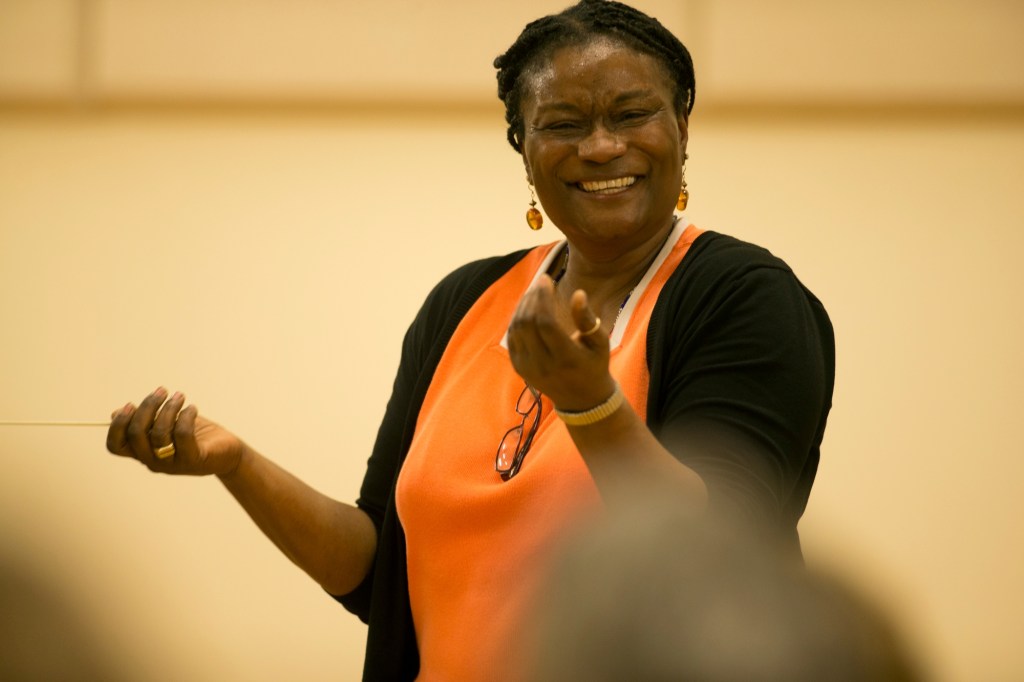 Dr. Lynne Morrow, longtime director of the Oakland Symphony Chorus, is stepping down, saying she is leaving to pursue other projects and commitments.

Morrow, who has held the position for 17 years, has been a force in Bay Area music for decades. Born in Berkeley, she has worked as an educator, speaker and musical resource for organizations such as the San Francisco Opera, Festival Opera and the Stern Grove Festival.

But it was his work at the Oakland Symphony that distinguished his career as a musical leader. Morrow came to the organization as choir director in 2005 at the invitation of the Symphony’s late music director, Michael Morgan, and continued to work closely with Morgan until his death, aged 63, in August 2021.

During her tenure, she led the Oakland Symphony Chorus in a range of works, expanding the ensemble’s focus on traditional repertoire to include contemporary, international, and often overlooked American music. Together, she and Morgan produced performances of a wide range of works, including Leonard Bernstein’s “Mass,” which was her first production for the organization.

“That’s how I got to Oakland Symphony,” she recalled in a recent phone conversation, noting that Morgan had hired her to prepare the essential Street Chorus for the work. She was familiar with Bernstein’s score, having previously recorded “Mass” with the Bay Area-based Pacific Mozart Ensemble (now Pacific Edge Voices), and conducted a full production at Indiana University.

Morrow has also been instrumental in many Oakland Symphony concert productions, including renditions of Bernstein’s “West Side Story” and Gershwin’s “Porgy and Bess.” She conducted the commission for Michael T. Roberts’ “Mass for Freedom,” which the Symphony premiered in 2019, and presented a three-part series, “The Soul of the Spiritual,” in 2020. In addition to the programs of subscription to the Symphony, she worked closely with the Oakland Symphony Youth Orchestra.

With his announcement, Morrow acknowledged that the loss of Morgan contributed to his decision. “These things still have a life of service,” she said. “The limits of my service were related to my relationship with Michael Morgan. We spent the last year without him, and it was difficult.

Morrow said his first collaboration with Morgan was a production of Benjamin Britten’s opera “Noah’s Flood” (Noye’s Fludde), featuring a children’s choir and performed at a local primary school.

She and Morgan continued to share a commitment to community work, she noted, while maintaining their leadership of the Oakland Symphony and Chorus.

When she joined the organization in 1995, Morrow said she and Morgan decided to create an amalgamation of the Oakland Symphony, the Walnut Creek-based Festival Opera and the Oakland Ballet. “It allowed us to use these different organizations and genres to help the community flourish, and it happened,” she said. “The Symphony Orchestra was a very inclusive organization. Michael and I always agreed on that.

Oakland Symphony Executive Director Mieko Hatano praised Morrow’s contributions to the organization, calling her “a long-time, dedicated individual who brought the Symphony to where it is, alongside Michael Morgan. He was the ultimate collaborator, and they worked together very closely. He relied on his knowledge of the choral repertoire. The depth of knowledge she brought across genres and traditions was phenomenal.

Hatano said the Symphony Orchestra plans to continue hiring guest conductors and choir directors, as it did in 2021, for the 22–23 season; Ankush Kumar Bahl will lead the season opener on October 14. On November 4, the Oakland Symphony Chorus made their first appearance of the season performing Bernstein’s “Chichester Psalms.” Holly Hyun Choe will conduct the orchestra and Bryan Baker of the Bay Area Choral Masterworks will prepare the choir. Hatano declined to discuss plans to name Morgan’s or Morrow’s successors.

For Morrow, a tireless advocate for music education, working with young singers continues to be a priority. Since 2001, she has directed the Voice and Opera/Musical Theater programs at Sonoma State University. She officially retired in 2019, but currently teaches halftime. One of his innovations was the creation of a general education course called “Music in Action” to help promote audience building.

Morrow will be missed in Oakland, but she said she wasn’t mourning her time with the Oakland Symphony. She takes years of good memories with her. “It was 17 years of fun,” she said.