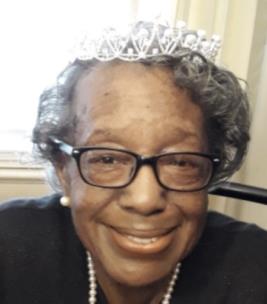 Mattie Foster McKenzie was born on October 15, 1936, to Ernest and Georgia Foster in Tifton, Georgia.

Mattie graduated from Ballard-Hudson High School in Macon, GA. She was a 1958 graduate of Talladega College, where she earned a bachelor’s degree in English and was inducted into the Chi Chapter of Alpha Kappa Alpha Sorority, Inc. She earned a library certification, UTK 1972, and earned a master’s degree in education in administration and supervision. , UTC 1974. She taught briefly in the Bibb County, Georgia (Macon, GA) school system before moving with her family to Chattanooga. She had a long career as a teacher, librarian, library supervisor, and retired from Chattanooga, Hamilton County Schools as an instructional media services supervisor. She was honored as a gold graduate and received a gold diploma from Talladega in 2008. She was a member of Our Lady of Perpetual Help Catholic Church, Chattanooga, TN.

Interment will be at Hamilton Memorial Gardens, Route 153 North.