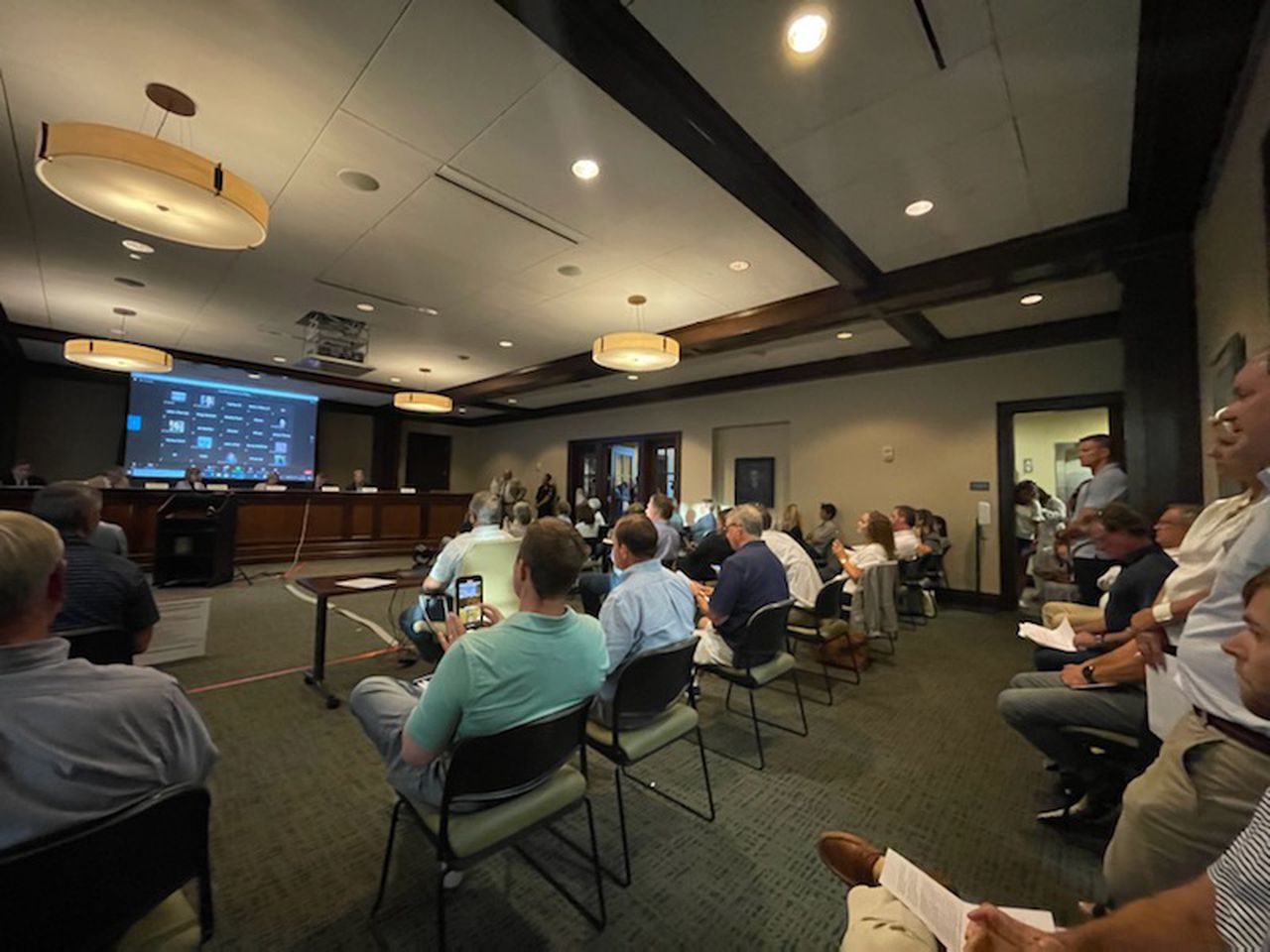 To learn more about The Alabama Education Lab and receive notifications about stories and events, subscribe to his newsletter, Ed Chat.

For at least a year, administrators, educators and students at Mountain Brook attempted to implement diversity programs in their six schools in the wake of anti-Semitic events.

But over the summer, a vocal group of parents opposed the anti-bias teacher training, saying it focused too much on race and gender, and was linked to an organization in the politically controversial views, the Anti-Defamation League.

Mountain Brook is the wealthiest suburb in the state, and its schools, founded during a period of segregation in Jefferson County, have earned some of the most segregated places in America. His most recent debate on teacher training has now become part of a national conversation about critical race theory – an academic concept that is not taught in any Alabama K-12 school or included in training. of Mountain Brook, but who became associated with diversity and anti-bias education in schools.

Read more: Critical Race Theory is not taught in Alabama schools. So why are we talking about it?

Some members of the community said they feared the controversy would exacerbate portrayals of the city and deter more Jewish and colored families from living there.

Allison Padilla-Goodman, a regional organizer of the Anti-Defamation League, who helped implement Mountain Brook’s diversity training, told AL.com that the training is used by hundreds of schools across the country, including 42 in Huntsville. The backlash was the strongest she had seen in any district, she said, and on Sunday it was the only district in the country that she had seen end a partnership with the organization. while she worked with them.

“What has happened at Mountain Brook over the past few weeks is by far the most important and disappointing experience we have had with the school district in my history with ADL,” she said. “I feel like they made the decision to live with hate in their neighborhood and do nothing about it.”

In May 2020, Mountain Brook administrators sent a letter home after a video of a student with a swastika drawn on his back was released. The letter detailed an anti-Semitic incident that was “disturbing, dangerous and frightening”, and indicated that the district intended to find a way forward that “would make all students feel safe and comfortable in our homes. schools ”.

A year later, police escorts lined the doors of Mountain Brook Town Hall as the hall filled to capacity. Dozens of parents gathered behind its glass doors to hear city council’s response to questions surrounding the neighborhood’s diversity programming, which included a partnership with the Anti-Defamation League.

ADL is a national organization that has been providing anti-racism and diversity resources to schools since the late 1980s. It does not mandate curriculum or get involved in school policies, the region said. Padilla-Goodman.

In late February, Dicky Barlow, the Superintendent of Mountain Brook Schools, signed a contract with ADL to institute anti-bias training for educators, following recommendations from a diversity committee to develop diversity programs; define hate speech and symbols in the code of conduct; offer more diversity opportunities to the school community; develop partnerships with organizations such as the Anti-Defamation League, the Birmingham Civil Rights Institute and the Birmingham Holocaust Education Center; and develop positive relationships with diverse communities.

At least 500 educators had attended a No Place for Hate training – which is more like a participatory workshop than an educational seminar – by mid-June and at least two more were planned, according to the contract.

Parental concerns appear to have surfaced this summer, as a nationwide debate over critical race theory, anti-racist training and anti-prejudice training hit Alabama.

A critical ADL resource guide dated June 16 said many parents had only heard of the program in June.

A handful of anti-ADL inquiries and flyers circulating on social media recently warned parents against the organization’s No Place for Hate program planned for Mountain Brook campuses, accusing “controversial issues” surrounding it. ‘organization.

Members of that group said they were not a “voice minority,” noting that 625 parents signed a letter to the school board.

“All those who sign this letter approve of the initial objective of the founding of the ADL: to fight against anti-Semitism and sectarianism,” the letter said. “But ADL’s website shows that its mission has spread to many other politically controversial areas and that the positions it has taken in these areas and actions to promote such causes are at odds with beliefs. sincere of many citizens of Mountain Brook…. Public school systems should strive to educate children while being politically neutral in their policies and programs.

The petition says severing ties with ADL was a good “first step” for the school board, and demands that the board also stop “all other work in this area” and conduct a full review with the option for them. parents to give their opinion.

Krissie Allen was an English and American Studies teacher at Mountain Brook High School who said she expressed interest in the board’s diversity committee but was turned down.

She was also one of hundreds of teachers who took anti-bias training, which she said “reduced everything to gender and race” and left her worried about how her lessons on alliance and micro-attacks would affect the culture of the class.

“It doesn’t help classroom discussion and freedom of thought to teach students that they are to walk on eggshells,” Allen said.

The meeting followed an Education Council meeting two weeks earlier, in which dozens of parents also filled a room to raise concerns about diversity programs and the city’s hiring of the owned by Crestline for an art exhibition. The show was hosted by Mountain Brook Listens, a grassroots grassroots group dedicated to diversity and anti-racism, in celebration of Pride Month.

According to a video filmed by Dr Chris Girkin, a parent asked administrators, “Would you allow a KKK rally to meet on Saturday?” “

Others said they believed the board had not been transparent with them about its partnership with the Anti-Defamation League and said they wanted to be more involved in any new agenda. studies implemented in schools.

A week after parents voiced their complaints at the school board meeting, the system said it would seek other diversity program providers.

In a June 22 statement, Superintendent Dicky Barlow said the ADL employee anti-bias training and No Place for Hate program were selected because of “their flexibility to allow local customization,” but said confirmed that the district had decided to sever ties with the organization when community members expressed concerns about the group.

“The discord over resources has become a major distraction, and we believe we can more effectively continue our work independently of ADL,” said Barlow.

The district will continue to develop a diversity framework – but without the help of outside organizations.

Some say this is a mistake.

In a statement released last week, the Anti-Defamation League called the resource guide for parents “misguided and misleading literature” that has misinterpreted the organization’s work and “reveals a worrying unease about the teaching the exact history in our children’s schools ”.

“In a school district where this ignorance of history has flared up in schools as anti-Semitism or racism repeatedly and in very disturbing ways, this is the time when the school district should stand firm in its plans. inclusion, ”said Padilla-Goodman.

Padilla-Goodman also told AL.com that as of Sunday, the Mountain Brook schools had not formally terminated their contract with ADL and that the status of the remaining anti-bias formations this year is not clear.

William Galloway, the system’s spokesperson, said on Monday that there was no termination document but that the system would choose another vendor to take the anti-bias training of other employees.

Galloway also said formal complaints of inappropriate conduct among students are “rare” and “are generally successfully resolved with the confidence of parents, students and staff involved.”

Kevin Cornes, founder of Mountain Brook Listens, said the board should look for new solutions, like setting up a diversity manager or leveraging community organizations like his, rather than using an internal approach.

“They need help, and there are a lot of organizations that can help them,” he said.

But a member, Frank McPhillips, said there is another “silent majority” that does not want to repeat the past.

“A strong and confident community is a community that listens to all voices and does not shy away from challenges,” said McPhillips. “The one who does not feel threatened by diversity, but embraces it. “

At the time of publication, it is not clear what next steps Mountain Brook schools might take to complete current anti-bias programming or start developing a new curriculum.

No Heritage Days, but Bath will still celebrate the fourth