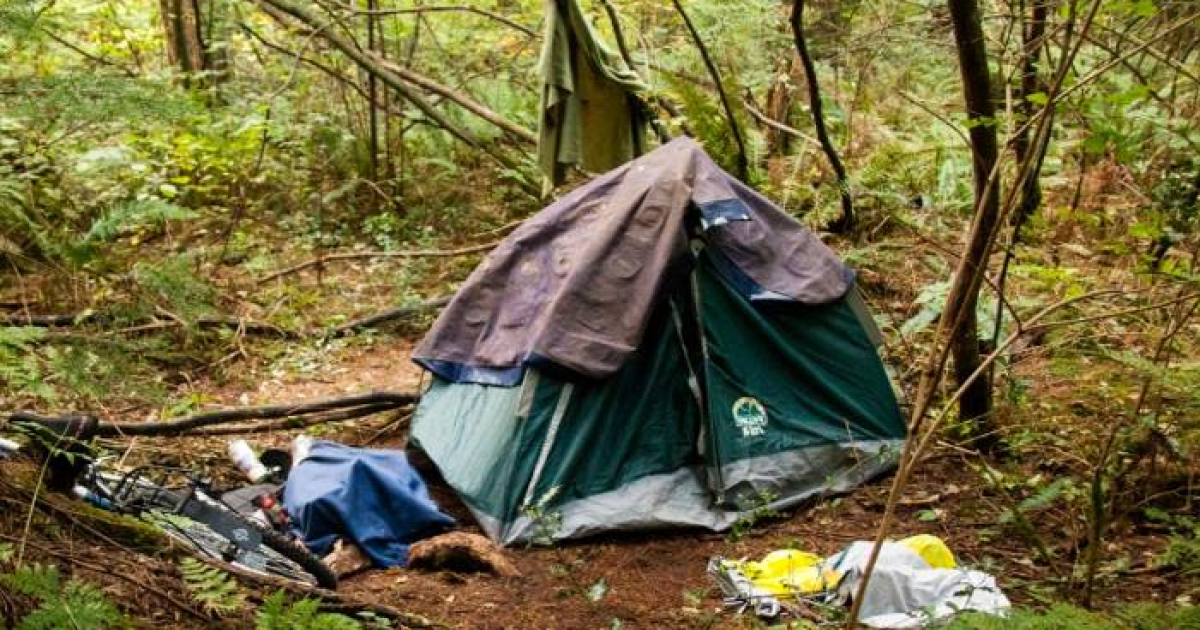 The survey was funded by three southern Oregon health care groups, seeking to gauge public opinion on the homelessness crisis. It was conducted by the Moore Information Group, which interviewed 400 residents of Curry, Douglas, Jackson, Josephine and Klamath counties.

The results showed that around 90% of people think homelessness is a significant problem, and at least 67% think the problem is getting worse.

“My running joke for a lot of things is you can’t get 91% of people to agree that puppies are cute,” said Josh Balloch, vice president of health policy for AllCare Health. “So the fact that it’s so important is narrative.”

Balloch said that in addition, around 92% of people want their local governments to take action on the homelessness crisis.

“And so when you bring those three things together, you can actually make big changes in public policy,” he said.

But while those who took part in the survey agree that there is a homelessness crisis, the public seems to have differing opinions on the root causes.

Balloch said the results showed four main reasons behind homelessness in the region, or at least what the public believes to be the causes. He said those causes are affordable housing, drug addiction, lax government policy and mental health issues.

“The fact that this is so important is telling.”

Balloch said his organization now plans to do a survey of the homeless population. By speaking directly with people on the street, he said they can compare what the public thinks to the real causes of homelessness.

AllCare Health conducted a similar survey of the homeless population in 2017 called “A Place to Call Home”. This compilation of 250 street interviews showed that lack of stable income and lack of access to affordable housing were two of the biggest barriers for homeless people.

Balloch hopes a new survey will provide an updated look at the issues in southern Oregon. AllCare hopes this will be completed by early 2023.

The combination of public opinion polling and street surveying will help AllCare and other groups work with local governments to push for change and counter misinformation. Balloch said the survey showed many people have misconceptions about what it means to be homeless.

“Like, for me, couch-surfing is definitely homeless, if you don’t have a home and you’re jumping around,” he said. “But not everyone in the community agrees with that.”

Only 55% of respondents agreed couchsurfing was homelessness, with the rest saying it wasn’t or they didn’t know. Another example is living in a motel, which more than half of people either don’t believe is considered homeless or they don’t know it, but many community groups would consider living in a motel as a form of homelessness .

Balloch wants to help present this data to local community groups and city/county governments to show what the public thinks and how they can help improve outcomes for homeless populations in the area. He said they haven’t held any presentations yet, but recently spoke with the town manager of Brookings, who expressed interest in the information.