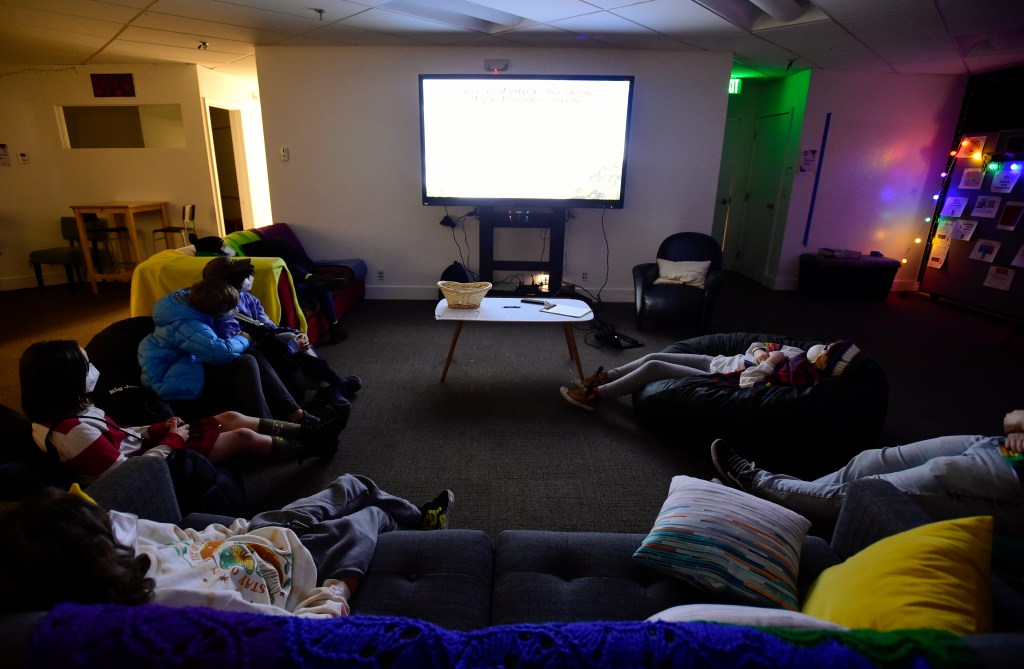 Youth groups in Out Boulder County now have a dedicated space that leaders of the organization hope will become a safe and welcoming community.

The Youth Space occupies one floor of the new Out Boulder County Community Center, located at 3340 Mitchell Lane in East Boulder. The center, which includes administrative offices and meeting spaces, will also serve as a venue for adult programs, community trainings and workshops. An open house for the community center was held last week.

Out Boulder County leaders said community space for young people is needed more than ever, given the current teen mental health crisis.

Jenna Howerton, Out Boulder County youth program manager, said young people had previously found themselves “crammed together” on a mat in the old space.

“The new building gives us much more than just space to grow,” she said in a written statement. “LGBTQ+ youth, in particular, are so used to being isolated, pushed into the closet and generally confined to limited safe spaces to be themselves. Here, with an entire floor dedicated to the youth program, they are able to create a physically and emotionally safe home.

Youth program officials are still arranging the space, including study spaces and a “quiet” room for recharging or one-on-one talk. One corner is filled with clothes racks stacked with gender-affirming clothes. Another location is the location of the Boulder Public Library’s Book Queeries, an LGBTQ-themed book club for teens.

The extra space opens up new opportunities, including larger-scale dance classes and art classes. Before, youth program assistant Chris Castañeda said activities like dancing were limited to the warmer months so they could take place outdoors.

“Having our own space really opened up a lot of options,” they said.

This month’s activities for young people included painting on canvas, a workshop on masculinity with Boulder’s Moving to End Sexual Assault, a lively evening, a dance class and making Lunar New Year lanterns.

At a recent reunion of a group of high schoolers, teenagers said they were eager to add art to the space to give it more character. While several said they liked the vibe of the original “rainbow house” in downtown Boulder, they appreciate the larger space of the new location.

“The new space is super, super cool because we have more space for activities,” said Gray McCalpin, a freshman at Boulder High. “I don’t think you could have done the splits in last place without knocking something over.”

He added that he liked having a space to meet in Out Boulder County instead of meeting in another community space.

JoJo Follmar, a sophomore at Centaurus High, said the space has potential.

“It’s got some cool vibes,” they said. “This place will be really cool.”

20+ Louisville Shows and Concerts to See in January 2022