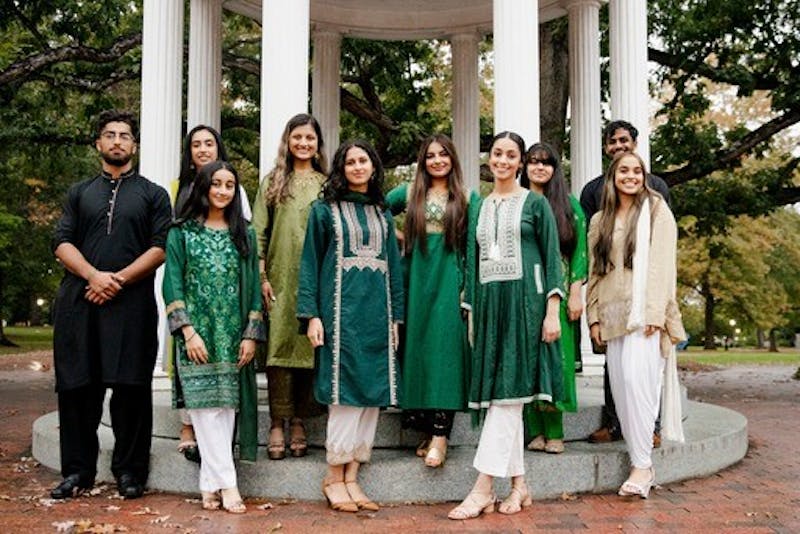 The event will include food prepared by CholaNad, performances by campus dance groups and musical numbers by Samaa – the University’s a cappella group that fuses South Asian and Western music.

“It’s just to bring people together, help them experience Pakistani culture and celebrate it in a school setting so that our community members can experience it without having to go anywhere else,” said Aleena Islam, coordinator PakSoc events.

Tickets are $16 and 30% of the proceeds from the event will go to the Paani Project for Pakistan flood relief. The Paani Project is an international non-profit organization working to provide empowerment and clean water in Pakistan.

Since this summer, Pakistan has experienced intense flooding, leaving a third of the country under water due to record monsoons and melting glaciers in the country’s northern mountains. The death toll from the floods recently topped 1,200, leaving more than 33 million others affected, according to the British Broadcasting Corporation.

“People buy these tickets; they are actively helping to ensure that we can help as much as possible when we are abroad,” said Shehzil Abdul Rahim, Vice President of PakSoc. “So I’m really, really grateful to be part of an organization that wants to do things like this and wants to be a part of it.”

Fizza Fakhar, a senior UNC official and chairman of the organization, said PakSoc’s previous contributions to the Paani project resulted in the construction of four wells in Pakistan.

Fakhar, president since her freshman year and a member of the founding class, said the organization is open to all UNC students. She added that the club was formed four years ago with the aim of allowing Pakistani students at UNC to connect with culture while simultaneously educating those from different cultures and ethnicities.

“Throughout my life, I had never left the house for more than two weeks, so I felt a bit out of place and didn’t know anyone,” she said. “And then I went to a meeting of interest and they had just started the organization – UNC Pakistan Society – and I’m Pakistani, so that was my first kind of moment at UNC where I thought ‘I am actually home and there are people like me here’ and it was very nice,” she said.

During Fakhar’s time at the club, she watched him grow to where he is today. However, in the club’s second year, the pandemic prevented an increase in membership.

Fakhar said that when she became president, one of her goals was to increase the organization’s engagement and reach on campus.

“So we went to Small Fest last year, we organized this event and tried to publicize it as much as possible, and try to organize fun events that would appeal to a lot of people”, a- she declared.

At Small Fest this year, Fakhar found that many students came to the PakSoc table to talk about the organization and its upcoming events.

“The growth was just crazy for me,” Fakhar said. “We’ve gone from people who didn’t even know we exist to people telling me they saw my picture on UNC PakSoc Instagram or ‘I know about this event’, so that’s a pretty big problem for me.”

Abdul Rahim said MKR was his favorite PakSoc event of the year and his favorite part of the event was seeing the fashion choices of the participants.

“All different cultures have different ways of showing their clothes and so you see all these different outfits in one room, all so gorgeous and beautiful,” she said.

To get the day’s news and headlines delivered to your inbox every morning, sign up for our email newsletters.

The Brain Gain Excellence Awards will be presented in November