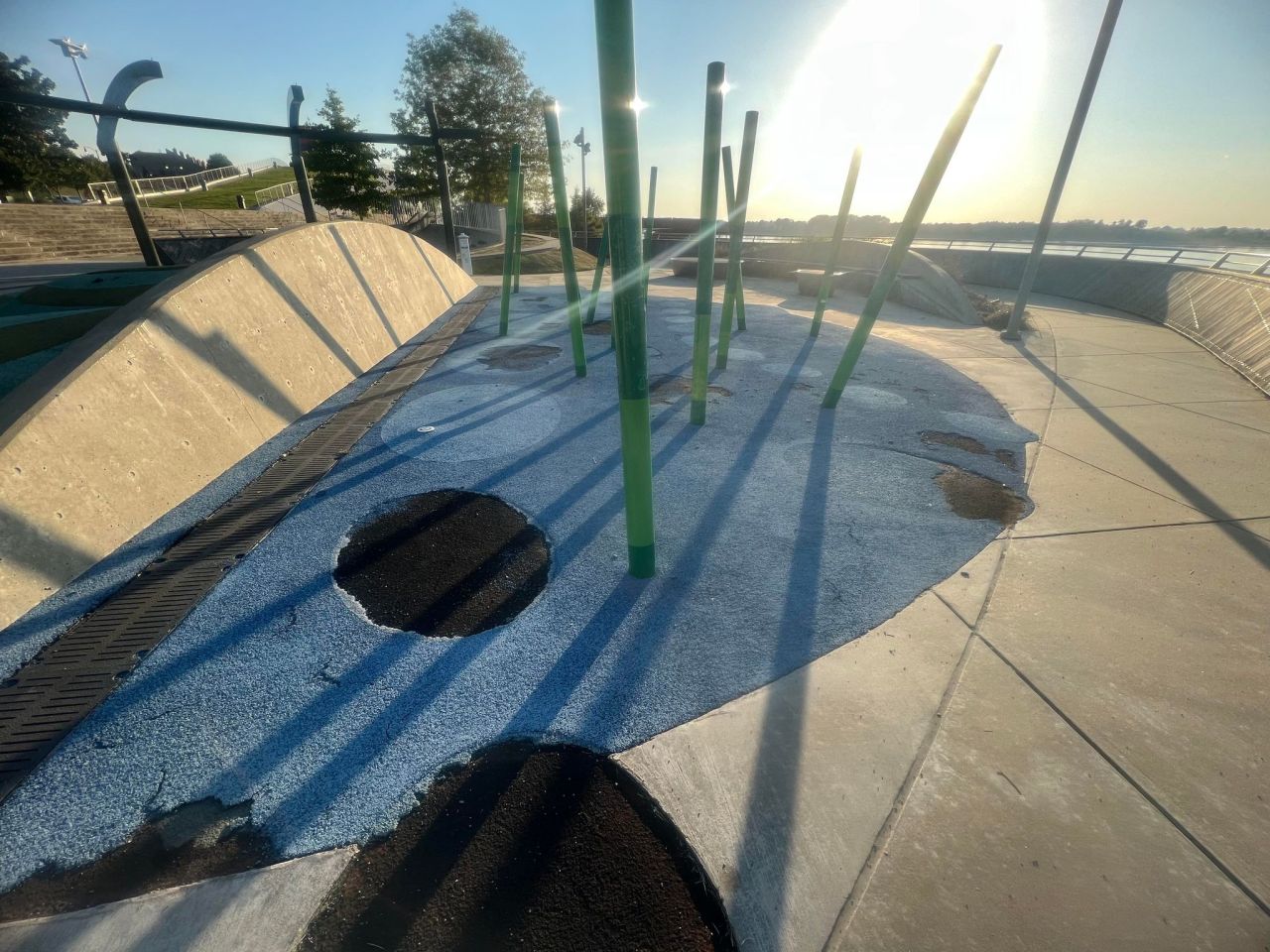 “Every year it’s wintered by the city,” said George Abbott, director of external affairs for the partnership. “For some reason it wasn’t winterized and the pipes burst under all that concrete at Beale Street Landing.”

Abbott said it would be too expensive to dig the pipes under several feet of concrete, and they have no plans to fix the splash guard. Instead, they’ll find another use for the space once the Tom Lee Park renovations are complete.

“Since we’re going to have a beautiful fountain inside Tom Lee Park, we’re going to turn this water feature park into a kind of environmental education center,” Abbott said.

Jerred Price, president emeritus of the Downtown Neighborhood Association, said he was disappointed to see the state of the wading pool, especially since Memphis had such a hot summer.

“All of those funds and dollars that have gone into this seem like a waste because the families can’t benefit from it,” Price said. “Does Mud Island Wading Pool and Park show you what Tom Lee will look like five to ten years from now if the MRPP continues to be uncontrolled by the city?”

Last year, Memphis River Parks announced it was to spend $1.1 million to repair cracks in the concrete structure, which supports the grass-covered roof of Beale Street Landing.

At the time, the MRPP said a new structure should not have had these problems and said it would cover part of the cost of repairs through parking fees generated at two downtown lots.

Abbott said his operations team had been alerted and would replace missing planks around the wading pool.

Asked about ongoing issues, Abbott said he could not respond to the decisions made a decade ago when the Beale Street landing stage was built because he and most of his team were not there.

He couldn’t say how much it would cost to make changes to the wading pool area, but said MRPP’s goal is to produce a great riverside experience for everyone.

The goal will be to deliver everything at once, and Tom Lee is on track to be open next fall.

The price tag for redesigning Tom Lee Park is just over $60 million.