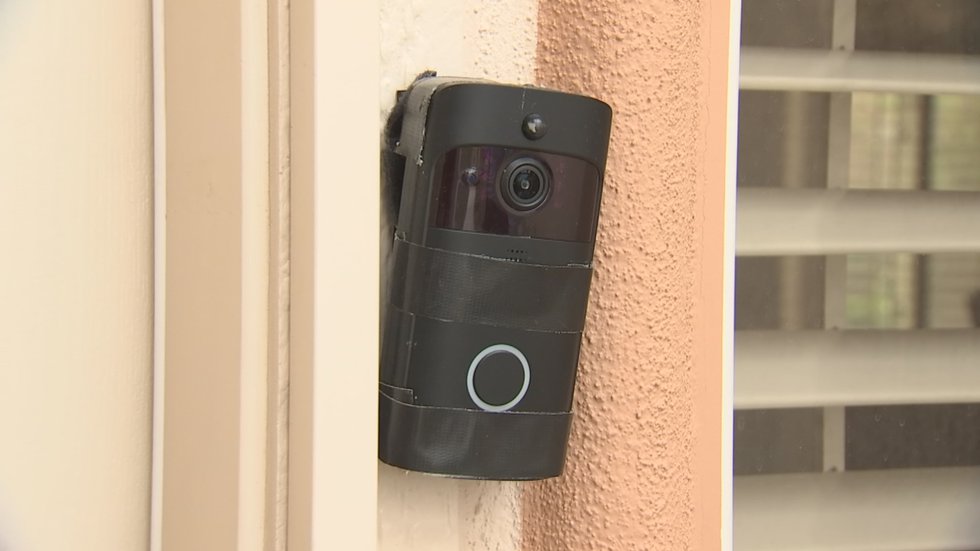 LAS VEGAS, Nev. (FOX5) — Neighbors in the Sun City Summerlin neighborhood are still stunned after a violent crime this weekend. A man beat, whipped and attempted to shoot an elderly man who had just returned home from golf. Police continue to ask the public for help in locating him.

Several neighbors, who did not want to be identified, told FOX5 on the spot that they believed the criminals were targeting the over-55 community and monitoring people as they left and returned to their homes.

The 80-year-old escaped his attacker and ran for his life to a neighbor after being beaten and robbed. FOX5 spoke to the victim. He says he was forced to open his safe and get the key to another safe after the attacker repeatedly threatened to kill him. He says the thief held an ice pick to his throat. The attacker then attempted to shoot the man when he escaped from the house. However, the gun did not fire because it was unloaded. The victim says the attacker did not see a magazine full of bullets in the safe when he grabbed the gun. The assailant fled when the weapon refused to fire.

The commander calls this kind of attack rare. But says people should do a few things to stay safe, including closing their garage doors. The victim’s garage door was open at the time and the attacker entered the garage. He says having a surveillance system helps police when trying to track down suspects.

“I think the public would be surprised how many break-ins we have and people have surveillance systems on, but they’re not on. They have security and alarm systems, but they’re not activated when they leave,” Sims said.

Sims says there have been 41 break-ins in the neighborhood since the start of the year, but says that’s fewer than the same time last year. There are nearly 8,000 homes in the Sun City neighborhood. The Commandant credits the neighborhood for its active involvement in the fight against crime.

Anyone who knows anything about the assailant is asked to call Crime Stoppers at 702-385-5555. Callers can remain anonymous.