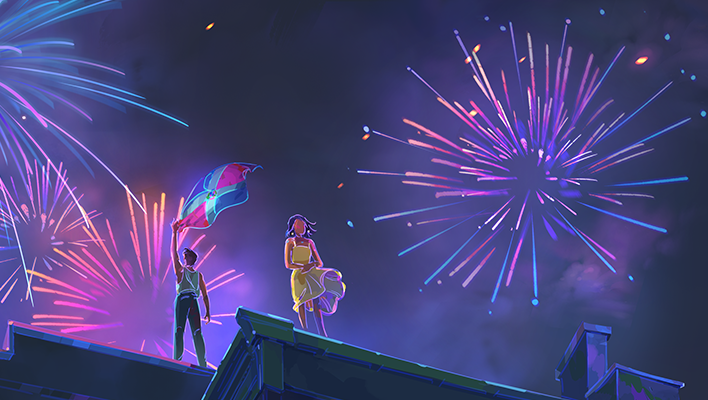 Preview of “In the heights”: ¡Teatro! brings Washington Heights to Loeb | Arts

At this point in the semester, most students buckle up and think only of surviving the next exam. But even with the mid-shows in full swing, the cast and crew of “In the Heights” spend hours practicing at the Loeb Drama Center every night. And now, barely six weeks after the start of the school year, ¡TEATRO! – Harvard’s Latinx performing arts organization – is nearly ready for the premiere of the musical originally written by Lin-Manuel Miranda.

This speed of execution is no small feat. Callia H. Chuang ’23, one of the three co-choreographers, described the fast turnaround as one of the fastest turnarounds in Harvard’s recent memory. Chuang felt that given the sheer number of dance numbers, the choreographers in particular were under tremendous pressure. Because of this, as co-choreographer Jennifer Chu ’24 explained, the team actually started “planning and doing choreography.”[graphy] in summer.”

Yet the choreographers remained flexible. “After we got back to campus, I think we were all really inspired by the cast members,” Chu said, “Because we knew things were going to change. allowed us to be more inspired by the people we have chosen and to bring their personality and energy to our movement.

The choreographers weren’t the only team members feeling the pressure of a quick turnaround. Many performers, who weren’t cast until this semester, also dedicated more time to the show. “I realized that it was up to me to read the script, go through the music myself, and create my own relationship. [to the character] before being narrated by the director,” said Diego Flores Romero ’23, who plays lead character Usnavi.

Still, that pressure didn’t stop the cast and crew of “In the Heights” from enjoying the production. “[Rehearsals are] something I look forward to every day, which made it a whole lot easier,” said Roseanne O. Strategos ’25, who plays Nina, an interrogating student. “I really think everyone puts a lot of work into this show, which made it a lot smoother.”

Isabella E. Peña ’24, played by Vanessa, an aspiring fashion designer and Usnavi’s love interest, agreed that the team’s hard work made the lack of time more manageable and enjoyable. “Every day we rehearse between 5 and 11 p.m., so I get to know the actors really well and really get to know the management team and the choreographers, which is fun,” she said.

The tight turnaround also didn’t stop director Aviva LF Ramirez ’23 from pursuing her goal of increasing Latin representation within Harvard’s theater scene. “When I was a freshman when I started in the theater community here, there really wasn’t a lot of Latin representation in terms of people going on stage and people running shows and I didn’t see any great musical produced by or about Hispanics,” she said.

For Ramirez, “In the Heights” is also a chance for greater Latin visibility within musical theater as a whole. “In the Heights is the gold standard of Latin representation in musical theatre. There really isn’t another show that does it like “Heights.” …there is no part of the musical theater canon that engages with Latin representation, identities and experiences like ‘Heights’ does,” she said. Because of this, Ramirez hopes “people feel seen” by the show.

Ramirez has also set out to rectify what she believes to be mistakes made by the film adaptation of “In the Heights.” Like many critics of director Jon M. Chu’s version, Ramirez finds the full range of what it can mean to be a Latina person in terms of skin tone and experience to be lacking in the film. She was particularly concerned that the film failed to resolve the conflict surrounding Nina and Benny’s relationship resulting from Benny’s race and colorism in Nina’s family.

“I think it’s really important that there’s this history of colorism and racism even within communities of color,” Ramirez said, “but it was totally erased in the movie. There was no mention of [Nina’s father] being prejudiced against Benny. In addition to including this dynamic in the production of ¡TEATRO!, Ramirez sought to “deepen this story” by turning the Benny character into a genre, to be played by Alyssa M. Gaines ’26. “Not only is this a story of tension between Nina’s Puerto Rican family and Benny as an African American, but it’s also a strange story between two young women,” she said.

Crew members were undeniably excited about next week’s performance. Flores Romero was especially looking forward to seeing his parents in the audience. “I’ve done musicals before, but I don’t think [my parents] were able to come earlier due to the language barrier. I hope they understand ‘In the Heights’ better,” she said.

Is the Iranian regime on the brink of collapse?