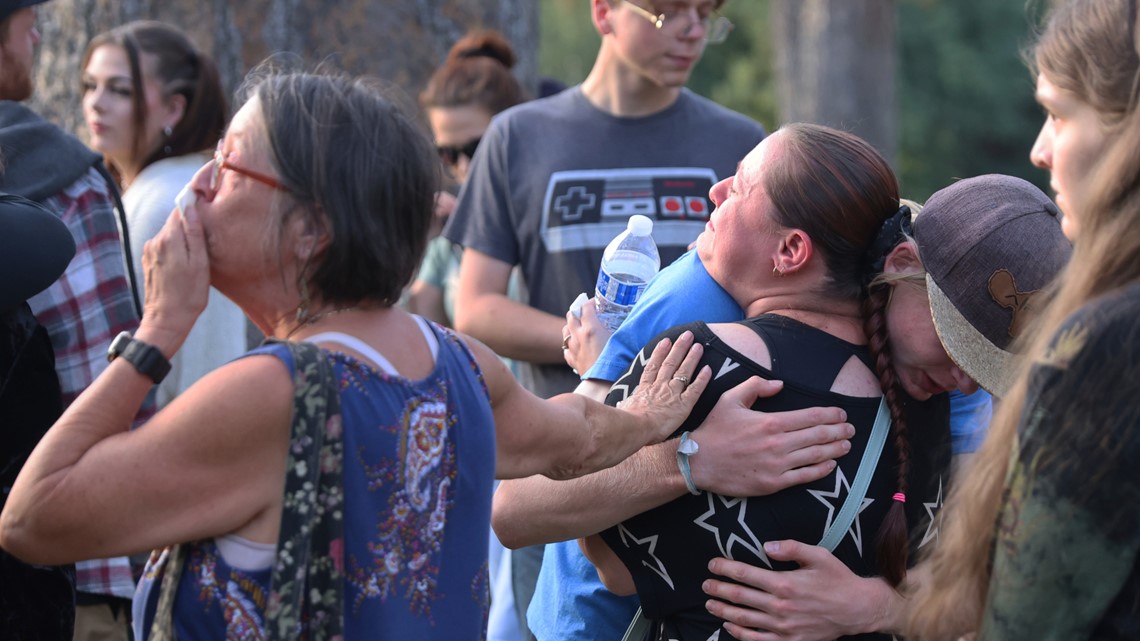 Friends remember the “heroic” victim of the Bend Safeway shooting, who also served as treasurer for the Disabled American Veterans organization.

BEND, Ore. — Donald Surrett Junior, 66, was one of two victims who died Sunday night in the shooting at a Safeway in Bend. Bend police say he tried to disarm the shooter and likely prevented further violence.

“I’m not surprised he got up and tried to go after the shooter. I’m surprised he was dead,” said Robert Landers, commanding officer of the Disabled American Veterans organization in Bend.

Surrett, a resident of Bend, was a veteran who was a combat engineer. He leaves behind a big hole in the DAV organization where we served as treasurer.

His friends and family said they weren’t surprised to hear about his bravery. They believe his instinct kicked in and he did what he could to save others.

“It’s going to be difficult to replace him,” said Robert Cusick, the organization’s senior vice commander.

RELATED: ‘We don’t want this to happen in our town’: Bend community mourns Safeway shooting victims at vigil

Surrett was the victim killed near the back of the store. He was working in the produce section of the Safeway on Sunday when the shooter entered and opened fire, police said.

On the night of the shooting, Surrett hid behind a cart and waited for the suspect to get close enough to attack him with a fruit and vegetable knife. The suspect shot and killed Surrett, then shot himself and committed suicide.

Investigators found a chain of more than 100 casings that stretched from the shooters’ apartment complex behind The Forum shopping center – across the parking lot – and into the store.

The second victim, Glenn Edward Bennett, 84, was also a Bend resident and veteran who served as a medic in the Korean War, according to a GoFundMe page set up by his family.

Bennett was shot and killed outside the store. Safeway shoppers who saw Bennett being shot rushed to get him out of the building where medics attempted to save him, police said.

On Tuesday, police confirmed the shooter worked at this Safeway for a short time and purchased his three weapons, including an AR-15-style rifle, legally.

GoFundMe pages have been created for Surrett and Bennett to help their family with funeral costs. Safeway and Alberton’s will also be collecting donations at checkouts in all stores in Oregon and southern Washington.