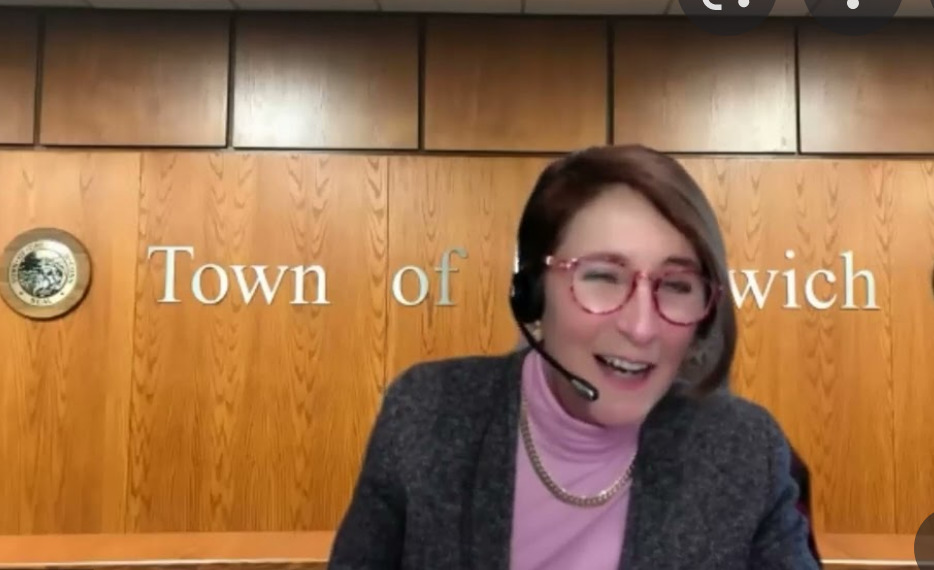 After a brief hiatus in August, the Greenwich Planning and Zoning Commission is back in full force on Thursday, September 8 with a Agenda in 15 points.

Greenwich Hospital returns with its updated application for a 55,700 square foot three-story Smilow Cancer Center with underground parking for 118 vehicles at 16-38 Lake Avenue and 54-64 Lafayette Place. They also propose a rezoning of multi-family residential in hospital zone.

The hospital had previously submitted multiple applications for Smilow, starting in early 2021.

Commissioners and members of the public raised questions about the need for the center and the role of the hospital in the neighborhood. Residents have complained that the hospital has failed to respond to years of complaints, including delivery trucks blocking aisles and noisy generator tests on weekends.

In August 2021, the application was denied by the Planning and Zoning Commission in a 5-0 vote. Since then, the hospital has conducted extensive outreach to neighbors and held information meetings, and came back with a revised proposal.

They have moved all parking underground, which will require blasting, but will result in the surface parking being transformed into a beautifully landscaped park and open space. And although the proposed 55,700 square foot building is one story higher (three stories), the building’s footprint is reduced, which contributes to more green space.

The hospital noted that there is a growing need for cancer care, and that over the next 10 years in the Greenwich area, almost all types of cancer have growth rates between 20% and 26%and that Connecticut has some of the highest cancer rates in the country.

Also, the City of Greenwich Public Works Department is coming back with their proposed improvements to the Greenwich Avenue intersection, aka “bump outs”.

DPW Deputy Commissioner Jim Michel said at Havemeyer/Arch the idea is to align Arch Street better with Havemeyer, but the redesign also includes bumps and a flight lane for vehicles to turn right on the avenue separated by an island.

Residents countered that they didn’t think the improvements were necessary and that they would remove parking spaces from the avenue, which are very scarce.

In June, members of the Historic District Commission urged DPW not to play with sight lines in their redesign of “the soul of Greenwich”. They noted that this intersection was once the center of the downtown business district. People were also reluctant to pave a strip of lawn on the Havemeyer property (which houses the BOE).

The entire avenue is a National Register Historic District.

In July, P&Z sent the proposal back to the Greenscape committee, and two weeks later they came back with adjustments, including: old post office. The island’s pedestrian crossing has also been widened.

An exchange between Michel and P&Z Commissioner Peter Levy summed up the two opposing views on intersection improvements:

Noting that there will only be room for two cars to queue on Arch Street for the ramp, Mr Michel said: ‘We know traffic will return to Arch Street. … We’re not trying to speed people through these intersections. Having a little queue backup is not a major concern.

“The rectangular crosswalk area brings all traffic together instead of being dispersed as it is now,” he said, adding that forcing vehicles and pedestrians to engage in a “joint “wasn’t a good idea.

“I can only mention the Elm Street project which has yet to be worked out,” Levy added, referring to improvements to the Elm Street intersection, which have been completed but are still the subject of complaints about vehicular traffic backing up on East and West Elm. The street and drivers not knowing when it’s their turn to move forward from the stop sign.

Chabad’s proposal to merge their two properties 75 Mason and 6 Lincoln, add 12 children to their preschool already approved for 40 children, move the playground from the front lawn of 75 Mason to the back of 6 Lincoln, and to create a one-loop drop-off/pick-up where cars enter at 6 Lincoln and cross the parking lot at 75 Mason and exit from there.

The proposal is to remove the upstairs apartment at 75 Mason, add the 12 kindergartens on the second floor, and use the third floor for storage.

Plans indicate that two “shrubs” would be removed along the Mason Street parking lot, although it is unclear if these are city trees.

The parcel covers 2.5344 acres, which previously served as a yard for a local excavation company.

This application features a proposed zone change from GB General Business to a proposed new zone, GB-MRCO. The purpose of the area is to encourage age-friendly housing options that provide assisted living services and to expand housing and healthcare options for Greenwich’s growing elderly population – the close to shopping areas.

Also during the public hearing is the return of a proposal for a final coastal site plan and special permit for 17 and 23 Smith Road, with a proposal to merge the two lots, the demolition of the main house and of the existing swimming pool, and the construction of a new main house. house and new swimming pools. They would also convert the existing garage/barn into an art studio, renovate the existing car shed, build a new underground garage, and build new underground fitness facilities. This would translate to a gross floor area of ​​25,738 square feet and a construction volume of over 150,000 cubic feet.

Both lots are located directly on Greenwich Harbor to the east.

The agenda includes a pre-application for a site plan and special permit to develop 281 Railroad Ave with a 4-story building comprising 17 apartments totaling 18,863 square feet, plus 5,369 square feet of retail space at the first floor on two parcels totaling 0.76 acres. There would be 17 parking spaces under the building, plus 29 on the outdoor lot and a roof terrace.

The application is submitted under the city’s recently updated BZR Section 6-110 for Moderate Income Housing, also known as Workforce Housing.

The plaintiff is Railroad Avenue Realty & Development, LLC, which is registered in the name of Barry J Jacobson.

The applicant has already submitted more than one pre-application for non-binding discussion by the committee, but it has been a year since the last pre-application. Plaintiff requests relief from maximum FAR and lot coverage in exchange for submission under 6-110. Specifically, two-bedroom units and a two-bedroom unit would be referred to as the market rate.

They point out that the development would be less non-compliant than its previous use as a pole and cable storage yard for CL&P (Eversource).

The property was purchased by an entity affiliated with Pet Pantry, “Railroad Avenue Realty & Development LLC”.

A decision point, 15th and final on the agenda, comes from Greenwich Communities (formerly the Greenwich Housing Authority) for a 52-unit building for the elderly and disabled called ‘Vinci Gardens’.

The housing authority has a 99-year lease on the 6-acre parcel.

The proposal was last presented to the P&Z committee on August 2.

The development is proposed to be built on McKinney Terrace, next to the former Byram School, which is listed on the National Historic Register.

The building would be of modular construction, with each side of the corridors being one room wide.

The assembly would be done on site with the facade installed afterwards.

Cladding would be vinyl, while adjacent buildings, including the old Byram School, would be mostly brick.

The curators explained how it did not match the adjacent historic buildings.

Al Shehadi, land use manager for the Byram Neighborhood Association, said the building’s proposed height, scale and massing were all irrelevant for the neighborhood.

“Nobody’s saying don’t build it here,” Shehadi said. “We say build it in the context of the neighborhood.”

There were also questions about a tree dedicated to Byram resident Anne Kristoff, who died in November 1989 after being dedicated to the Veterans Memorial Grove in Eugene Morlot Park and saving the old Byram School. The tree in his honor, planted a year after his death, did not appear on the plans of the housing authority. Residents asked if the tree would be kept or moved.

In an often nerve-wracking exchange, Greenwich Communities Board Chairman Sam Romeo said, “We’re not going to make any more changes… You can either approve this plan or you can reject it.

Director Anthony Johnson said the housing authority had already spent between $150,000 and $200,000 on the application. “You vote for or against,” he said.

The item has been closed. No voting took place.

The meeting is exclusively on Zoom, with no in-person component.

Click on here for the agenda and the Zoom link.