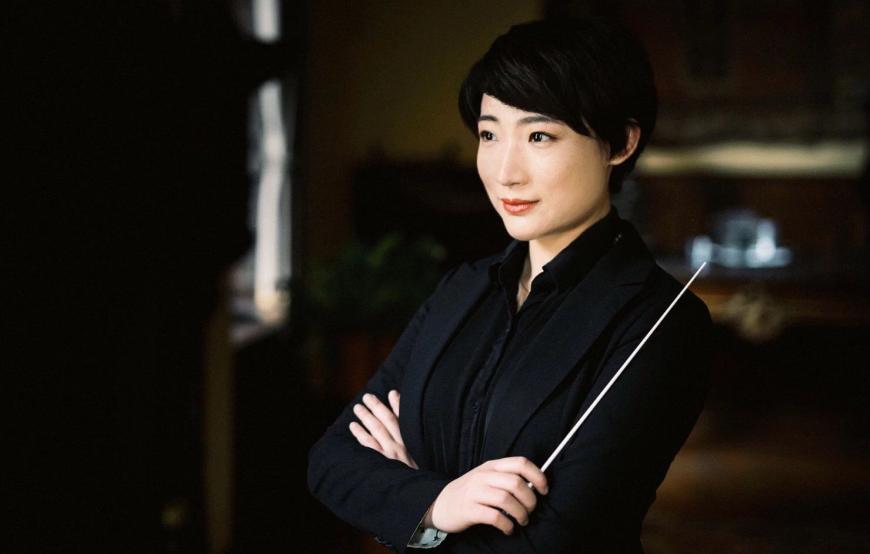 SF Symphony to inaugurate the year of the tiger, 4720

The Lunar New Year, or Spring Festival, is the most important cultural holiday for many countries in East, South and Southeast Asia and is celebrated by people of Asian descent around the world. .

The San Francisco Symphony Orchestra Lunar New Year Concert and Blue Moon Banquet on February 5 will be the 22nd such event in SF Symphony history. Past Lunar New Year concerts have featured the debut of many young conductors. The 2006 program was the Bay Area introduction to Yuja Wang, then only 18 years old. Another standout performance in the series was last year’s virtual concert.

The 2022 edition will also feature a first conductor, that of Yue Bao, Assistant Conductor of the Houston Symphony, and will feature violinist Bomsori Kim and SF Symphony cellist Amos Yang.

The event begins with a pre-concert festival reception, open to all ticket holders, at 4 p.m. in the halls of Davies Symphony Hall, featuring a range of entertainment and activities, such as lion dancing, Chinese calligraphy, red gift envelopes, etc. The 5 p.m. concert celebrates the Lunar New Year and San Francisco’s unique cultural fabric, featuring a combination of traditional Asian music and orchestral works influenced by Eastern and Western musical traditions.

The Blue Moon Banquet follows for those who hold Reservations, beginning at 7 p.m. in the Zellerbach Rehearsal Room, 300 Franklin Street.

Huan-zhi Li, Spring Festival Opening
The first movement of a suite honoring the Lunar New Year by Li Huanzhi, originally Li Zhaocai, also known as Li Zhonghuan (1919-2000). Born in Hong Kong, his ancestors are from Fujian and his mother was Taiwanese. He has spent his entire career in China; in 1985 he was elected president of the Chinese Musicians Association.

Chen Gang and He Zhanhao, The Butterfly Lovers Concerto

With the Yellow River Piano Concerto, it is one of the most famous Chinese works of orchestral music. It is an adaptation of an ancient legend, Butterfly Lovers, the tragic love story of Liang Shanbo and Zhu Yingtai. Written for a Western-style orchestra, the piece features a solo violin played using certain Chinese techniques and is also performed with erhu, pipa and liuqin. It also uses the pentatonic scale and Chinese melodies, chord structures and patterns.

Texu Kim, Rotation flip
The composer says:Spin-Flip is an eight-minute overture devoted to table tennis. It transmits the driving energy of a (good) ping-pong match; its main motifs are derived from the sound of cheering crowds and balls bouncing off the table (and sometimes the floor); its alternating harmonic pattern and somewhat random shape reflect the alternation of serve and unpredictable outcome respectively.

Li Yuan, Toccata train
The work of a professor of composition at the Central Conservatory of Music in Beijing, the work draws on the full chromatic palette of Western music by depicting a speeding locomotive, but it also retains a distinctly Chinese flavor, even going as far as to quote the song “Train”, made famous by Taiwanese pop star Lo Tayu.

Huang writes in his program notes, “Folk songs reflect the life, culture, and soul of a civilization. I grew up in China and have always loved Chinese folk songs. China has more than 50 ethnic groups, each with their own culture, traditions and folk songs.

“Folk songs for orchestra is an ongoing project, in which I plan over the years to compile and format folk tunes from various regions of China into Western orchestral form. The goal is not only to preserve and renew the original folk songs, but also to transform, elaborate and develop them into new original works of art that also contain an organic personal voice.

“I chose four of the best-known Chinese folk songs: ‘Flower Drum Song From Feng Yang’ (known for its performance of flower drums, Fengyang is the birthplace of Zhu Yuanzhang, the first emperor of the Ming Dynasty) ; “Love Song From Kang Ding,” from Sichuan Province, with a simple melody and lively rhythm that’s easy to remember and sing along to and lyrics recounting a timeless theme — love; “Little Blue Flower,” based on a song from Shanxi Province; and “Girl From the Da Ban City,” from Xinjiang Province, sung by horse-drawn carriage drivers in Turpan.

The SF Symphony concert will only include “Flower Drum Song From Feng Yang” and “Girl From the Da Ban City.”