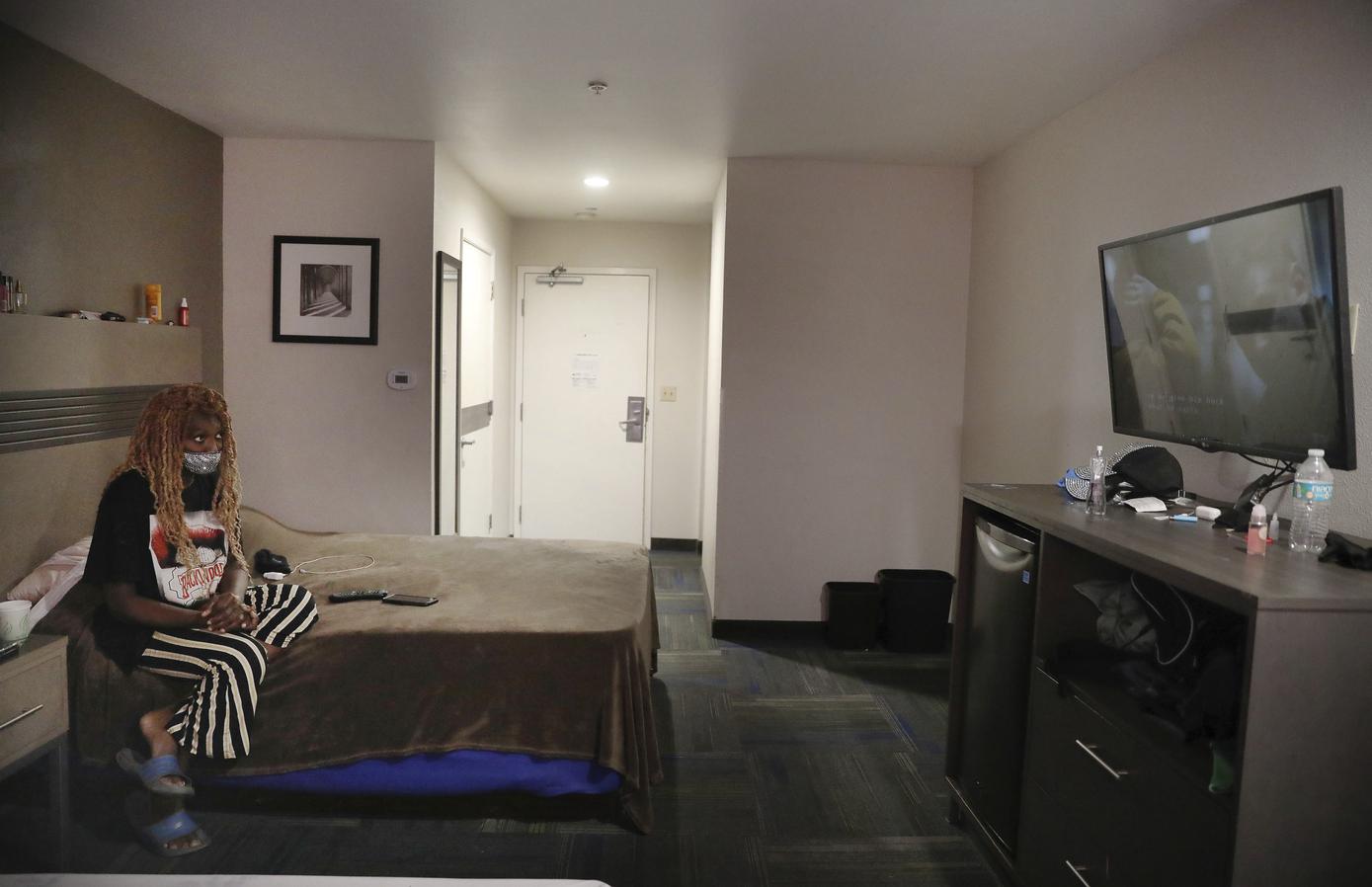 SF wants to expand hotel shelters for the homeless. But are the inhabitants housed when they leave?

San Francisco wants to extend the pandemic-era program used to shelter the homeless in hotels through the end of the year, as authorities face the daunting task of relocating hundreds of people living there Again.

Officials and advocates said the program has helped reduce the number of people living on city streets over the past two years. Supporters protested the closure of the sites, wanting to continue to fill them as temporary shelters even if permanent housing is uncertain, while critics questioned how effective it was at getting people into long-term housing and treatment. The city also faces millions of dollars in property damage claims from hotel owners.

Since April 2020, the program has housed 3,771 people in 28 hotels, according to the homelessness department. Less than half of those who left hotels found permanent accommodation and few received residential treatment. Most hotels have closed, but 720 people still live in six hotels.

By the end of June, the city had spent $224.7 million on hotels, 91% reimbursed by the federal government.

Supervisor Hillary Ronen, who heads the committee that approved the extension on Wednesday, supports keeping the hotels and criticized the city for closing hotels over the past year.

“We have a raging homelessness crisis,” Ronen said. “The number of elderly people sleeping on the streets of San Francisco is appalling, inhumane and should never be allowed in such a wealthy city. They could be in those hotels right now.

City staff told supervisors they have closed hotels due to federal reimbursement uncertainty and because the homeless service “would prefer permanent housing solutions over maintaining a temporary solution,” said chief assistant director Noelle Simmons. But advocates have protested that hotels are improving street conditions, which benefits neighborhoods and the quality of life for guests.

So-called shelter-in-place hotels have produced a bitter back-and-forth between city departments, supervisors and advocates over the past two years. The federal government has repeatedly threatened to end reimbursement, which would have left the city on the hook for hundreds of millions of dollars, with an estimated cost of $244 per room per night.

The city plans to extend the leases of these hotels until the end of the year. She also wants to convert one into an emergency shelter until September 2023 and keep three others as emergency shelters and another where alcohol addicts receive treatment.

The oversight board has already approved most of the costs, but the committee has agreed to spend an additional $19.2 million to cover additional costs. Reimbursement changed this summer, and the federal government will now cover 82% of costs, but could give 30 days notice at any time for it to stop.

A larger number – 1,549 – left for other reasons. Most have moved to other shelters. Some went to the hospital, to jail or were refused refuge and the city does not know where they ended up. Others never made it – 141 people died.

Homelessness department spokeswoman Emily Cohen said earlier this year that “we have plenty of resources” to relocate hotel guests over time due to turnover and vacancies in the existing permanent housing as well as new buildings brought online. Some of these resources may be of questionable quality. Last year, 70% of hotel guests offered permanent accommodation, many in dilapidated single-room hotels, have declined.

Supervisor Ahsha Safaí would like to see better treatment results in hotels, arguing that it can save lives.

The homeless service did not know how many people overall died from overdoses at all hotels during the program, but at least 13 people have died from overdoses through August 2021 across the seven hotels that the city wants to expand. Two other people died in an emergency shelter seeking an extension, and one person in the alcoholism program.

While only 10 people entered residential treatment or drug rehabilitation, the health department connected 1,500 people to addiction treatment, mental health treatment or medical care through December. The ministry said on Wednesday it could not provide results because it was in the process of switching to a new electronic record-keeping system.

Cohen said residential treatment was not the “goal” of hotels and said some people receive other types of treatment, such as going to outpatient clinics or attending Alcoholics Anonymous, while living in hotel.

Simmons said the use of illegal drugs is prohibited in hotels, but if someone uses them, “this is addressed through guest engagement which aims to reduce behavior that is harmful to the individual as well as to other residents. of the building”. She said drug dealers “have been opportunistic” in targeting residents, and the department has taken action, including paying for 24/7 security and installing a fence to keep dealers away.

Safaí wants at least one hotel to be a “sober living environment”. If a client relapses, they can go to rehab and then come back, he said, like two programs launched last year by a community organization and the adult probation service.

Safaí said “it’s time” for homelessness and health departments to adopt this model.

“We have options to buy hotels and have long-term leases to create sobering living options, that’s a missing piece in addressing homelessness,” he said .

Simmons said “the suggestion that we look at diversifying the portfolio is a good one, and it’s something we will look into.”

The city is also facing claims from hotel owners.

A previously filed claim for the Union Square Hotel seeks compensation for property damage of $5.6 million and loss of use and revenue of $560,000 per month for 17 months of operation. The city expects four other hotels to file claims for amounts as yet unknown. Claims could be precursors to lawsuits if not satisfactorily resolved.

Mallory Moench (her) is a staff writer for the San Francisco Chronicle. Email: [email protected] Twitter:@mallorymoench

Jazz at the Ballroom presents “Take Me Back to Manhattan”