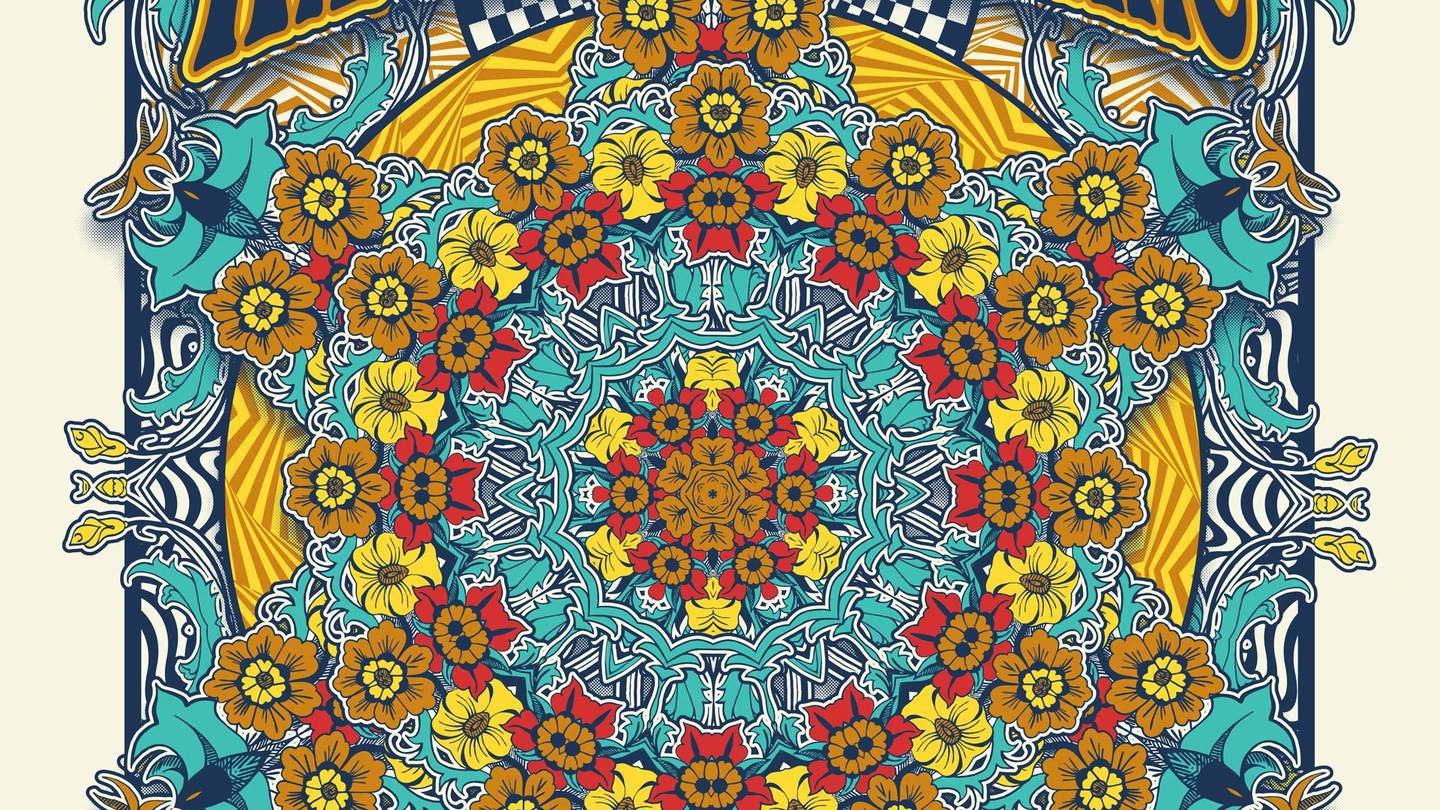 St. Augustine – Widespread Panic will be celebrating their Southern Guitar Blues at the St. Augustine Amphitheater tonight, March 25, tomorrow night, March 26, and Sunday, March 27. Boasting over three million albums sold and four million downloads over the past 35 years, the six-member team will once again entertain with eclectic music that includes crowd-pleasing improvisations described by some as a ” gumbo of musical influences”. To this day, the band is known for never playing the same show twice.

Widespread Panic was formed by vocalist/guitarist John “JB” Bell; bassist Dave Schools; and the late guitarist Michael Houser, who shared a house as students while attending the University of Georgia. Drummer Todd Nance, percussionist Domingo “Sunny” Ortiz and keyboardist John “JoJo” Hermann would eventually round out the ensemble.

As noted on the band’s website, JB describes the ensemble as true road warriors who continue to explore happy accidents in the studio. The band members agree that they are always hungry to be the best band possible every night for their loyal fan base.

Since 1986 Widespread Panic have released 12 studio albums and 43 live albums. Considered one of the most successful touring bands in the world, they broke attendance records at major venues around the world.

In 2011, while celebrating their 25th anniversary, they were inducted into the Georgia Music Hall of Fame. The Georgia State Senate and House of Representatives also passed resolutions honoring Widespread Panic for their music, service, charity, and longevity.

JB compares their band’s longevity to Hemingway’s book, The old Man and the Sea.

“Every time we go there, we learn more stuff, bring that knowledge with us, and then apply it,” he says in the band’s biography. “We are much more experienced, focused and precise, but still ready to stretch without wandering too much.”

But music isn’t Widespread Panic’s only activity. The band literally feeds people through music. The band’s first food drives began with Panic Fans for Food, a fan-based organization that held food drives at their concerts across America from 1999 to 2007, with the mantra of “feeding people through music”. The effort generated $70,000 and 13 tons of food in 28 cities.

The group assumed conduct in 2008. Since then, food drives held on some shows “engage a demographic that is typically harder to reach for charities and food drives.” Their efforts to feed people through music have raised hundreds of thousands of dollars as well as – literally – tons of food for communities in need.

For their St. Augustine weekend performances, Widespread Panic in conjunction with the organization, Conscious Alliance will host a food for Feeding Northeast Florida Food Bank which works to feed children, seniors, veterans and families struggling with hunger” by connecting millions of pounds of underutilized food to a network of more than 300 social service agencies.

Food and monetary donations will be accepted for each show.

“Food is accepted,” says Bell. “Sometimes it’s a bit cumbersome when you’re just trying to get around, so monetary donations are easily accepted. A single dollar will do, depending on what part of the state you’re in. Three or four full meals, so the dollar stretches a long way.”

Tickets are still available for all three shows.