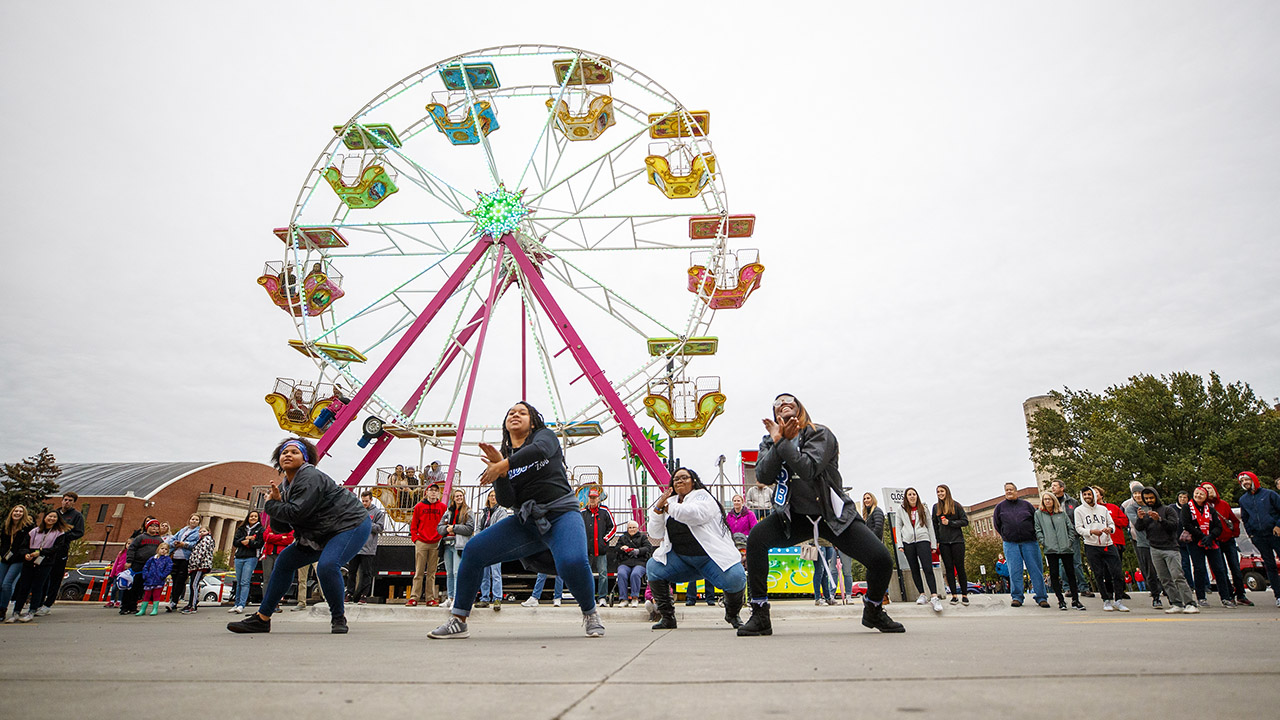 Students play roles behind the scenes of Homecoming | Nebraska today

Homecoming is a week of tradition and festivities, and faculty, staff and students work over the course of a year to ensure that the festive week serves as a reminder that there truly is no place like the Nebraska.

A series of events – cornhole tournaments and concerts at the Cornstock Festival – are included in the 153rd Husker Throwback-themed reunion week.

Nebraska U students play a crucial role in planning and coordinating homecomings. Kayla Reynolds, a biology major from Fort Collins, Colorado, and president of the Student Alumni Association, has been involved in planning homecoming events for the past three years. This year, she organizes the tradition run, but she also helps the committees to plan all the events. She joined the Student Alumni Association to get involved in events like Homecoming that bring together current students, alumni, and Nebraskans.

“I thought it was really cool to see how Nebraska is about tradition and that’s such a big part of the culture here,” she said. “I really enjoyed that aspect and getting involved with other students and meeting alumni and building professional relationships and networking.”

Reynolds served as vice president of homecoming last year, which was the first year the Alumni Association had a dedicated post homecoming. In this role, she oversaw the cornhole tournament and jester competition. She had the opportunity to plan these events and prepare for her future role as President.

Planning for Homecoming 2022 began as soon as the 2021 2021 celebration ended. The Alumni Association Board of Directors met every two weeks and coordinated food vendors and vendors for the carnival rides. During the spring semester, the committee reserved dates and locations.

Reynolds said this year there were more food vendors and more rides.

“We’re getting a lot more involved in homecoming,” Reynolds said. “It was cool for us to start implementing new ideas and making them bigger and better for the next few years. It’s been fun growing all week.

Reynolds and the committee contribute a lot of hands-on work throughout the week’s events.

“Friday is the craziest day of the week,” she said. “We coordinate with vendors throughout the day, setting up tents, tables, food trucks and stage lighting. It’s a day where everyone is on deck, but it’s super fun.

“It’s just a really fun time of year in general, but all the events, and especially the Cornstock Festival, are great ways to build community bond because it’s open to everyone. Lots of people will bring their kids and lots of students will come in. It’s a really fun way to get everyone together and get excited and united for Nebraska because that’s what we’re all here for.

The Nebraska University Program Council also plays a major role in the back-to-basics atmosphere. As a group, they plan and host student body events throughout the year, but their focus for reunion week is to hold the main concert. This year, hip-hop rap artist Duckwrth will make a stop in Lincoln on his “Chrome Bull Tour” and headline the comeback concert at Pinnacle Bank Arena.

Hana Pham, sociology major and president of entertainment for UPCis in charge of coordinating the concert.

“It was challenging, but it was really fun,” said Pham, a Lincoln senior who majors in sociology and communications. “It’s very different from something we’ve worked on before.”

Pham was a member of UPC for three years. She served as Chair of Diversity Education last year.

“UPC divides all of our events that we do into diversity education or entertainment, so I got to see both sides of that,” Pham said.

Pham wanted to join UPC because she thought they looked like a very fast paced organization. She saw a lot of impact on the council campus, and she really wanted to be a part of it.

“I like working with UPC, but I find it beneficial to work with everyone,” Pham said. “I think homecoming is such a fun time of year, and I love the idea of ​​a free concert – who can really say no to that? I really wanted to have my say on this.

The comeback concert had never been held at Pinnacle Bank Arean before, but the event’s popularity necessitated a move.

“The concert was actually supposed to be on East Campus, because that’s where it’s traditionally been held,” she said. “I wanted to see something a little different, just based on the crowd I saw at Yung Gravy last year.”

Last year, there were 2,000 students at the homecoming concert, which reached capacity. Pinnacle Bank Arena will provide plenty of seating so no one is turned away. Students can attend for free and the general public can purchase tickets for $8, plus taxes and fees.

“We’re hoping to get more of the public stage because it’s actually part of Duckwrth’s national tour,” Pham said. “Obviously, our priority has always been to serve the student body and make sure they have a good time.”

Pham and the board have been planning this event since the spring semester, when UPC started an event planning process where the committee discussed different artists they were able to afford and brought in a middleman who pitched different talent to the university.

“They go through those lists and have a long selection process with a lot of different votes and things to keep in mind,” she said. “It’s a long and complicated process, but we’re very happy to bring Duckwrth.”

Since booking, Pham has been working with Duckwrth and collaborating with agents, ensuring the best experience in Nebraska. Pham also coordinated volunteers, spoke with ABP on logistics and working with the marketing side of UPC to spread the word to everyone.

“Collaborating with counsellors, adults and students has been my favorite part of UPC and planning for this concert event,” she said. “It has been interesting to see how valuable my perspective is to the school administration. It has also been great fun collaborating with other students, hearing their ideas and seeing how excited everyone is. »

Public notice: Mobility for all: Three visions for the future of our transportation – News