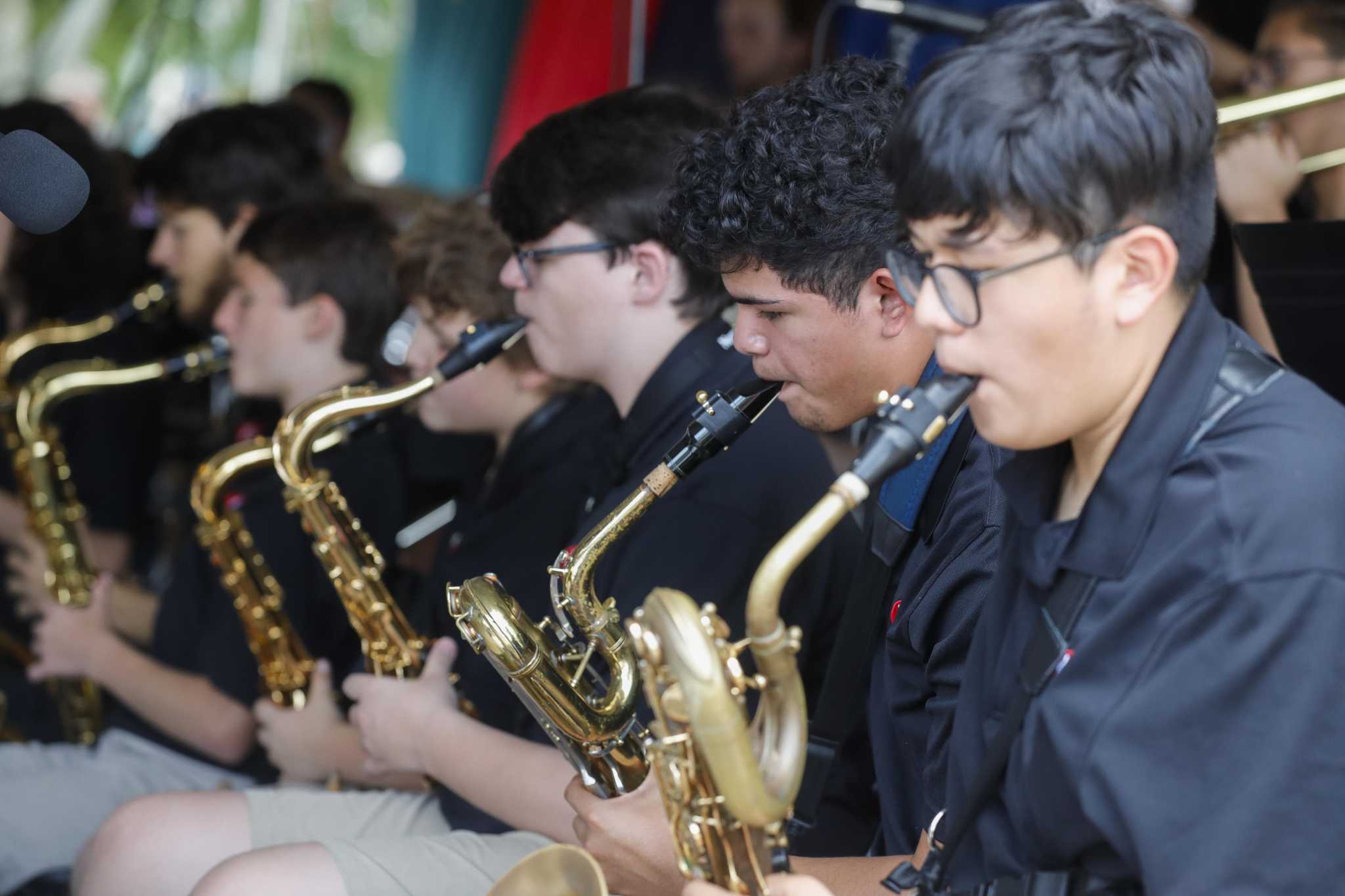 According to Texas A&M University, young people who participate in extracurricular activities at school tend to do better in reading and math for higher test scores. Not only do they develop social skills in the real world, but they develop problem-solving techniques, advance creative skills while increasing self-esteem and self-confidence.

Bob Price founded the Jazz Connection group in March 2009, made up of musicians from middle and high schools in Willis ISD, Montgomery ISD, Conroe ISD and Spring ISD schools. As a musician Bob enjoys the 1940s and Big Band music. It’s not taught in schools, so Bob offered it to kids through Jazz Connection.

â€œOur program is for students interested in a holistic approach to jazz, swing, rock, R&B and improv,â€ said Price. â€œThe Jazz Connection started when I started noticing that only one of the schools had a working jazz ensemble – Willis High School. As a private music teacher, I have had several students with the desire to explore various genres of music and felt that giving them a place to learn more their instrument and build relationships with students from other schools. would be extremely beneficial to them.

Bob Price attended the University of North Texas to sharpen his interest in music and education, although he had been a musician since the age of five. He currently operates a used instrument and repair business while propelling more than 100 students privately on saxophone, clarinet and flute lessons when not teaching the Jazz Connection.

Young musicians learn music ranging from the 1930s and 1940s to contemporary music, including songs by Stan Kenton, Maynard Ferguson, Gordon Goodwin and Woody Herman. All practices and performances are on a voluntary basis with rehearsals two to three Sundays per month at the Conroe Community Church. The Jazz Connection is a 501 Â© 3 non-profit, non-profit, voluntary organization for anyone. There is no charge to be part of the group.

Show up, work hard and have fun!

Jazz Connection performs at Christmas on Main in downtown Conroe, they performed for the Montgomery County Veterans Memorial Park, with the Rotary of Conroe at the Honor CafÃ©, the Montgomery Music and Wine Festival, the Commemorative Air Force, the Continental Club in Houston, and the Home and Outdoors Show. The group even had the opportunity to perform at a ball aboard the Battleship Texas.

â€œIt’s nice to witness the excitement of the kids when they play old school jazz for the big band,â€ Price said. â€œThey like it so much that after four years of playing with Jazz Connection, as students, they often don’t want to leave. One of our new members, a grade eight student in Oak Hills, told her family she was grateful for Jazz Connection and what it has done in her life.

There were young people who took advantage of their experience in the group to advance their studies. One of the first year members, Adam Sadberry, played the tenor saxophone in the group for many years. He attended the Eastman School of Music on the flute and now plays in the Memphis Symphony Orchestra. Riley Giampaolo played the trombone in the band at the same time as Adam. He went to the Boston Conservatory of Music and at age 19 got a job with the Indianapolis Symphony.

Bob Price earns the respect of young people and parents. He supervises students in a way that allows them to be independent and have fun while learning. The young people of Jazz Connection are exceptional musicians who are the professional counterparts one would pay to see them play. These are the children who are constantly part of the Region Jazz Band, the Honor Band, solo parts or ensembles. They often get scholarships to attend local schools like Baylor, SFA, and Texas A&M.

They haven’t had a fundraiser since 2019 with COVID-19 derailing a planned fundraiser. Any donation is always useful and appreciated. Donate by sending a check to Jazz Connection at 103 S. Delmont W. Conroe Texas 77301. To get involved, contact Bob Price directly at [email protected]

In 2021, put justice at the center of the fight against oil and gas