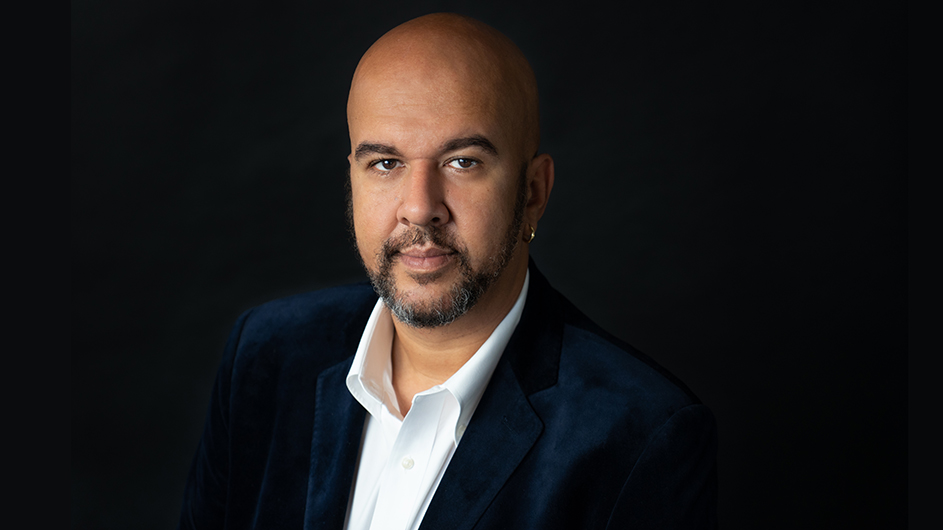 New to Columbia this summer as the Fritz Reiner Professor of Music Composition, Marcos Balter is a Brazilian composer whose music has been described as “rigorous in its construction and playful as a whole” by The New York Times, and “slowly evolving, creating vivid emotional contexts and inviting the listener to savor the sounds” by The Washington Post.

Balter talks about his excitement to be on campus with Colombia Newsas well as his career arc as a teacher from Rio de Janeiro to Columbia, and his advice for those considering a professional life in music.

How is it to be at Columbia?

It is both surreal and natural. I deeply admired Columbia music department for a very long time, not only because of its vast and rich history, but also – and perhaps in particular – because of its essential contributions to music as a living and constantly evolving art form. If you had told me ten years ago that one day I would call George Lewis—one of my heroes—a colleague, I probably would have laughed at you. Yet George’s profound influence on my thinking as an artist and as a scholar also makes this whole experience feel like a homecoming. I could say the same of many of my other new colleagues. It is humiliating, but also vital.

What are you teaching this semester?

In addition to private composition lessons, I teach a graduate seminar called Analytical Perspectives in New Music. The course focuses on music from the last 50 years that falls outside of what most would call “mainstream”, and invites us to expand or reconsider existing analytical methodologies, perhaps even inventing new ones in the process. The premise is that most works deemed conducive to musical analysis tend to conform to specific parameters dictated by unnecessarily exclusivist practices.

What was your path to a career as a composer of contemporary classical music?

I grew up in Rio de Janeiro, Brazil, in a family of non-musicians. My first encounter with my profession was through a television program featuring the American composer Steve Reich. As a child, I was always fascinated by sound in a very particular way: I wanted to invent sounds rather than simply reproduce them. So when I saw Reich talk about doing just that, a light bulb went on in my brain. I was only four years old, but I was hooked forever. My parents first thought it was just a fad, a childish curiosity, but from that moment on I knew there was nothing else I would rather do.

Most of my formal training was rather conservative, mainly based on European classical music. But I was fortunate to grow up in a musically rich culture that taught me the power of eclecticism and of seeking inspiration beyond genres, styles and other problematic categorizations of music and the culture as a whole. This, along with the realization that music is a collective enterprise, led me to become the artist I am today – a passionate collaborator who truly enjoys working with artists like the Los Angeles Philharmonic or the Tokyo String Quartet, as well as indie rock band Deerhoof and Paul Simon. That’s one of the reasons why I don’t know if I would call myself a contemporary classical composer. I think the simple composer is enough.

How do you reconcile the demands of composing your own works and being a teacher?

Teaching makes me a better composer and vice versa. Although I consider myself a composer who teaches rather than the other way around, I love and am equally devoted to both sides of my professional life. Of course, life would be easier if the days included a few extra hours. At the same time, I feel like I benefit from the need for organization and discipline that my busy schedule imposes on me.

I’ve also recently started paying more attention to my overall well-being – how much I sleep, how well I eat, and all those things that tend to be overlooked when working at full speed. Being kinder to myself both mentally and physically is giving me a much-needed boost at this point in my life. Even if my compositional and pedagogical obligations are much greater now, I feel less overwhelmed by one or the other than in the past.

Do you currently play an instrument and/or perform?

I studied piano for many years and actually earned my first salary as a performer, mainly as an accompanist for dancers and singers. But once I was able to make a living just as a composer, I gradually stopped playing. It felt like a natural change. I still have a piano at home, but I only play it for fun. I wish I had kept my chops, and that public performance was a bigger part of my life. So I guess I could call myself a sleeper artist. Maybe that’s why most of my closest friends are artists. I feel an affinity with them that is often greater than with other artists.

What are you working on now?

i just finished one great orchestral work for the New York Philharmonic for their inaugural concert at Lincoln Center’s newly renovated David Geffen Hall in October. It’s a kind of concerto for orchestra and two unusual soloists: an electronic musician, Levy Lorenzo, and a light artist, Nicholas Houfek. Over the past two decades I have slowly developed a series of works inspired by Yorubá traditions, with particular emphasis on the Orishas, ​​the deities who represent the many facets of Olidumare, the supreme force of the Yorubá religion. .

This new book is called Oya, according to the Orisha which symbolizes rebirth. It governs the winds, storms and lightning, elements associated with life and death, transformation and release from the past and welcoming the new. I want Oya baptize and claim this new concert hall, cleanse it radically of its history and flood it with future-oriented energy.

Now that Oya fact, I am embarking on yet another orchestral score for the opening of the season of the São Paulo Symphony Orchestra in a few months. It’s been a busy year for the orchestra, which is unusual for me.

Advice for anyone pursuing a career in music or academia (or both?)

Listen to yourself and build your practice around who you are. No one can tell your story better than you, which is always the best story you can tell. It doesn’t have to be the product of other stories, but existing in community and listening to others with an open mind will only strengthen your own individuality.

Another thing that I find productive for artists and scholars is the realization that strong opinions are not necessarily a virtue. Do not fall prey to dogmatic thinking. This is when creativity dies. Changing your mind is a beautiful thing and will often steer you down paths you never would have imagined taking otherwise. Be curious and open to change.