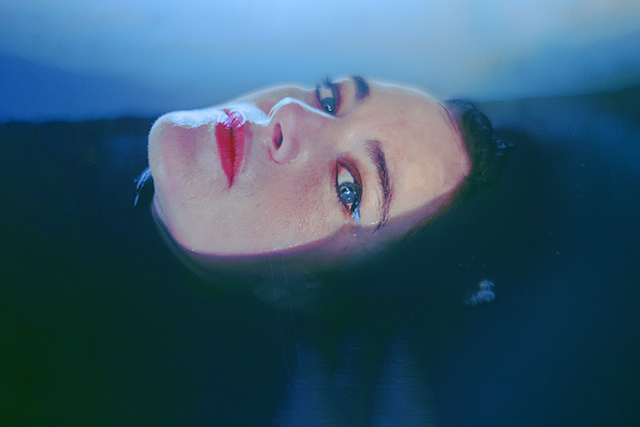 The return of Liquid Music; ‘Sherwood’ opens at the Yellow Tree Theater

Prepare the toast, prepare the confetti and sauté the corks: Liquid music is back. From November and March to June 2022, six events will take place at Promenade theater, with more in development for next fall and as far as 2024.

The revolutionary new music series, flexible of genres, limitless, always surprising and sometimes confusing was created by Kate Nordstrum, sponsored by the SPCO for seven seasons and discontinued in May 2019 due to changes in corporate funding. In January 2020, Nordstrum had transformed Liquid Music into an independent LLC, which it owned.

In mid-January, Liquid Music presented an evening with Finnish violinist / conductor Pekka Kuusisto and American composer / pianist Nico Muhly at the Parkway. It was complete and breathtaking. Projects were planned in March and April with the Big Ears Festival and National Sawdust, the Kennedy Center and the National Gallery of Art. COVID threw them all to the curb.

Fortunately, Nordstrum had accepted a new position in December 2019 as executive and artistic director of the Great Northern, a winter festival with a diverse lineup that includes music and performances. She had a stable salary. While working on the Great Northern, which in 2021 became a destination for smart art events (mostly virtual, thanks to the pandemic), she also had time to think, plan and organize. Either way, live music was getting nowhere.

“It’s really important for me to keep doing this work, where new music is central,” Nordstrum said by phone Thursday. “Even though I’m able to get that muscle playing in the Far North to some extent, I still want a dedicated series exclusively focused on new music and exploring these different worlds of sound with an audience that we’ve built. over the years I know has been hungry for it. It’s something that always fascinates me. “

Partly because of the pandemic, the Liquid Music Salon series – “living room” because the series will take place in one intimate location and the shows themselves will be on a smaller scale – will be a little different from all previous seasons. by Liquid Music. Instead of showcasing any new projects or work in progress, four of the six scheduled performances will be live presentations of music composed or released during the pandemic.

“I wasn’t the instigator,” Nordstrum explained, “and Liquid Music wasn’t the developer, but I felt we had to provide a venue for live incarnations of this important and visionary music. which was created at a time when we couldn’t come together and couldn’t experience it live.

“It is important to understand what is needed at the moment. What we’ve needed most throughout the history of Liquid Music is for the series to be a partner in getting the Dream Projects to their premiere. We will continue to do so. But I want to recognize work that was written or published during the pandemic, which reflects an era and needs its platform to shine. … I don’t want to be like ‘Hey let’s pretend last year and a half hasn’t happened.’ Creating an outlet during this time was a monumental feat. “

Nordstrum will have the chance to play the role of matchmaker – “bringing together new collaborators and disparate ideas, bringing them together and working with them for a long period of development, from scratch” – along with the other two performances.

Here is the series in brief. We won’t go into detail now on each individual performance. We’ll save that for a later time as each one approaches. In the meantime, you can find more information on the website.

November 3, 2021: Terence Blanchard: Absence With the E-Collectif and the Turtle Island Quartet. Blanchard is a five-time Grammy-winning and two-time Oscar nominated trumpeter / songwriter. “Absence”, his latest album, released in August 2021, is a tribute to the astonishingly influential composer and saxophonist Wayne Shorter. The E-Collectif is Blanchard’s group. In terms of people on the Parkway stage, this will be the biggest gig of the season.

April 10, 2022: Arooj Aftab: “Prince vulture”. In her latest album, the Pakistani singer / songwriter revisits “places that I called mine, places that no longer necessarily exist”.

April 23, 2022: Adam Tendler: World Premiere of “Legacies”. This is one of two projects that Nordstrum has been involved in from the start. It features music commissioned by a group of composers including Devonté Hynes, Nico Muhly, Meredith Monk, Ted Hearne, Missy Mazzoli, Sarah Kirkland Snider, Timo Andres and others whose names will ring the bells with Liquid fans. Music.

What else would Nordstrum want us to know? “I want to encourage people to come with open ears and minds, and explore music and musicians that they may never have met before. Hope this takes you to different musical corners, and from those experiences you will continue to explore and dive deeper. It is therefore a springboard for continuous exploration.

Want a preview of the next season? In development for fall 2022: The world premiere of Nashville-based Lambchop’s “Showtunes” with an eight-piece band including Andrew Broder and Bryan Nichols. And a series of brand new songwriter / director pairs. Nordstrum promises “filmmakers and composers of the highest caliber. It will be a big deal when it is announced. We are not suppressing this type of ambitious project.

Series tickets are on sale now. Single tickets go on sale next Friday, September 24, at 8 a.m.

After 18 difficult and horrific months, we are still in a pandemic. Most sites now require proof of vaccination or a recent negative COVID test. This is what it takes to get through most doors. Before buying a ticket for anything, check the protocols so you won’t be disappointed no matter what your expectations are.

V is for virtual, L is for live and in person.

L Today (Friday, Sept. 17), 5 p.m. to Arts of juxtaposition: Inauguration of the JXTA campus and community celebration. Founded in 1995 by Roger and DeAnna Cummings as an after-school program, Juxtaposition Arts (JXTA) is the only black-led arts organization in north Minneapolis. Art and design center for teenagers, gallery, retail store and artists’ studio, it puts the creativity of young people to work. Today it will begin construction of a new $ 12.9 million campus. The community celebration will include shows, food, a dedication ceremony and special announcements. 2007 Emerson Ave. N., Minneapolis, free.

In August, Public Art Forecast announced that it will donate its extensive public art library – over 2,000 print, digital and multimedia materials – to JXTA, where it will become part of the new facility and a valuable resource for youth, staff, alumni and the wider community.

L Tonight (Friday, Sept. 17), 6:30 p.m. – 9 p.m. at State-of-the-art center for engraving: Opening reception for “A Contemporary Black Matriarchal Lineage in Printmaking. “ The first national exhibition organized by black engravers highlighting the experimental prints of black engravers. The exhibition will include the recent works of 12 engravers. Ends October 23. IMF. To free.

L Starts tonight (Friday, Sept. 17), 7:30 p.m. at Yellow tree theater: “Sherwood: The Adventures of Robin Hood.” Let the cloak and the sword begin. The first season of Yellow Tree with Austene Van as production art director begins with the Minnesota premiere of Ken Ludwig’s version of a legend. It’s a light tale of happy men, the struggle for justice, and an intelligent Maid Marian. End of oc. 17. IMF, including timetables and tickets ($ 27/29/31).

M and V Saturday Sept. 18, 7:30 p.m .: Cowles Center: SOLO: Six dance films in world premiere. McKnight Dancer scholarship recipients may have new works created especially for them by choreographers of their choice. The result is an evening of world premiere solo performances. In 2021, these exist in the form of dance films. Watch in person, live or on demand as 2018 and 2019 Fellows, Renée Copeland, Sharon Mansur, Yeniel “Chini” Perez Domenech, Erin Thompson, Joseph “MN Joe” Tran and Elayna Waxse inhabit the dances of their chosen choreographers . IMF and banknotes ($ 20-25).

L Sunday, Sept. 19, 7 p.m. at Dakota: Zacc Harris Group: Release of the album “Petites Merveilles”. Originally Harris on guitar, Bryan Nichols on piano, Chris Bates on bass, and JT Bates on drums, the Zacc Harris Group has grown to include John Raymond on trumpet and flugelhorn and Brandon Wozniak on saxophone. What was really good at the start is now even better. It’s an album where everything works. The tunes, all by Harris, are melodic and inviting, the playing clean and precise, with that coveted communication between all members. Favorite song: “Apple Jacks”. With the Bates Bros. providing a rock-solid rhythmic foundation for NOLA’s taste, Harris ‘cheerful solo sets the stage for the conversational and playful unison passages of Raymond and Wozniak splashed with Nichols’ piano. The sound everywhere is exceptional. This is not a pandemic album. It was completed before the pandemic, then patiently waited for the live audience it deserves for its release. At Sunday’s event, Aaron Hederstrom will replace Wozniak, who had another entry. IMF and banknotes ($ 20 / $ 15).

Tyler Joe Miller is the next big name in country music in Canada, winning…

Around King County, community meals return with a lifeline of nutrition and good…