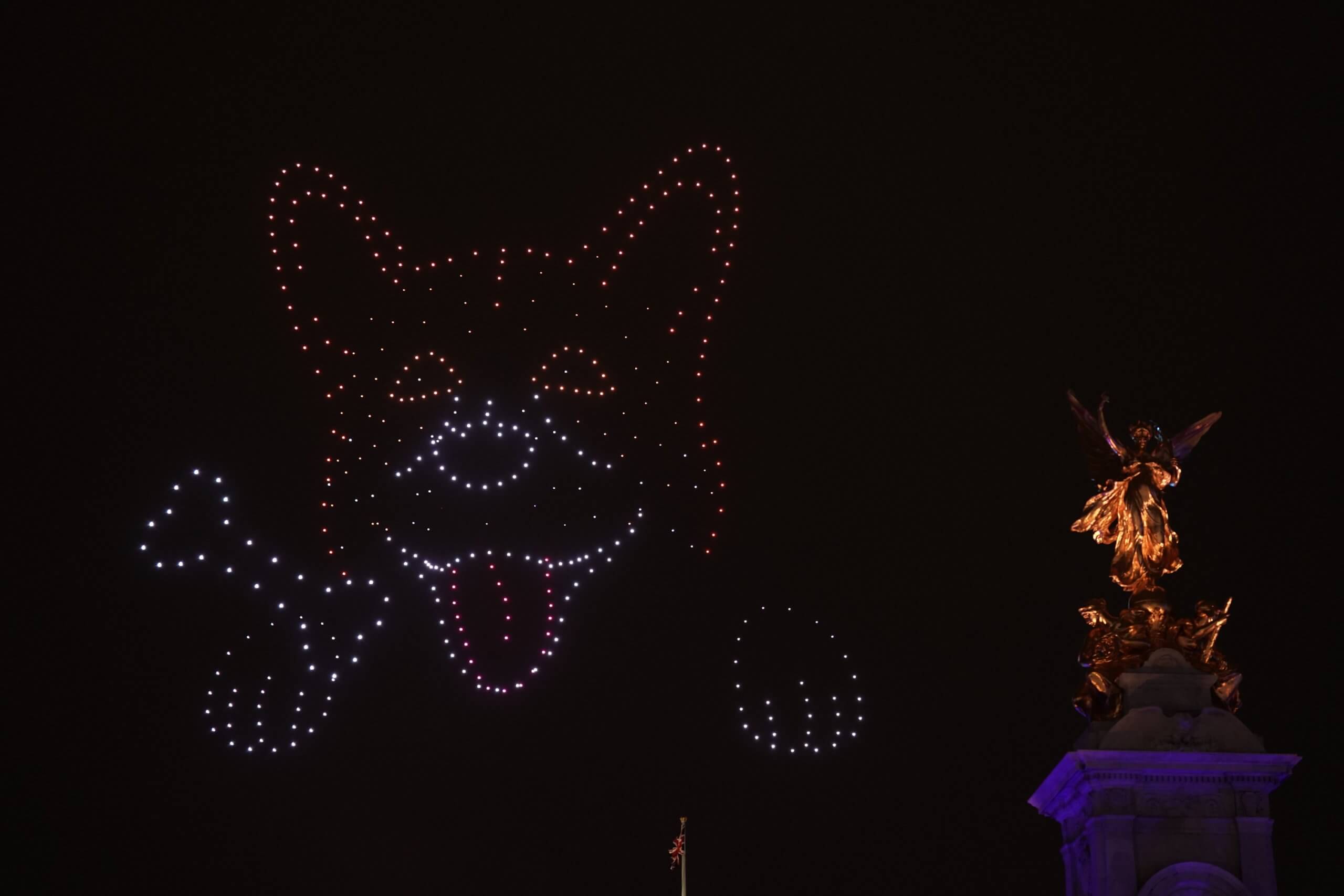 Audiences were stunned by the use of drones to create a sky-sized corgi and a teacup during the Queen’s Platinum Party concert at the Palace.

The corgi, a favorite breed of the monarch, sat above Buckingham Palace with its tongue stuck out and a bone in its paw.

The effects also featured a horse, the outline of a stamp – featuring the Queen’s face – and a note saying: “Thank you Madame”.

Hundreds of people took to social media to hail the display, which they called “magical” and “stunning”, as part of the ongoing Jubilee celebrations.

“There’s a giant corgi drone over Buckingham Palace and it’s the best country in the world,” one user wrote on Twitter.

“The planning required…to make a corgi in the sky is so quintessentially British I’m impressed,” one Twitter account wrote.

“For my part I welcome our new Corgi overlord,” tweeted another.

“The rest of the world must think we’re crazy…” he added.

The spectacle could be seen from afar, as some said they could see the effects on the streets of Buckingham Palace.

The display was part of a star-studded outdoor concert outside the palace, its lineup including Sir Rod Stewart, Alicia Keys, Sir Elton John and Lin-Manuel Miranda.