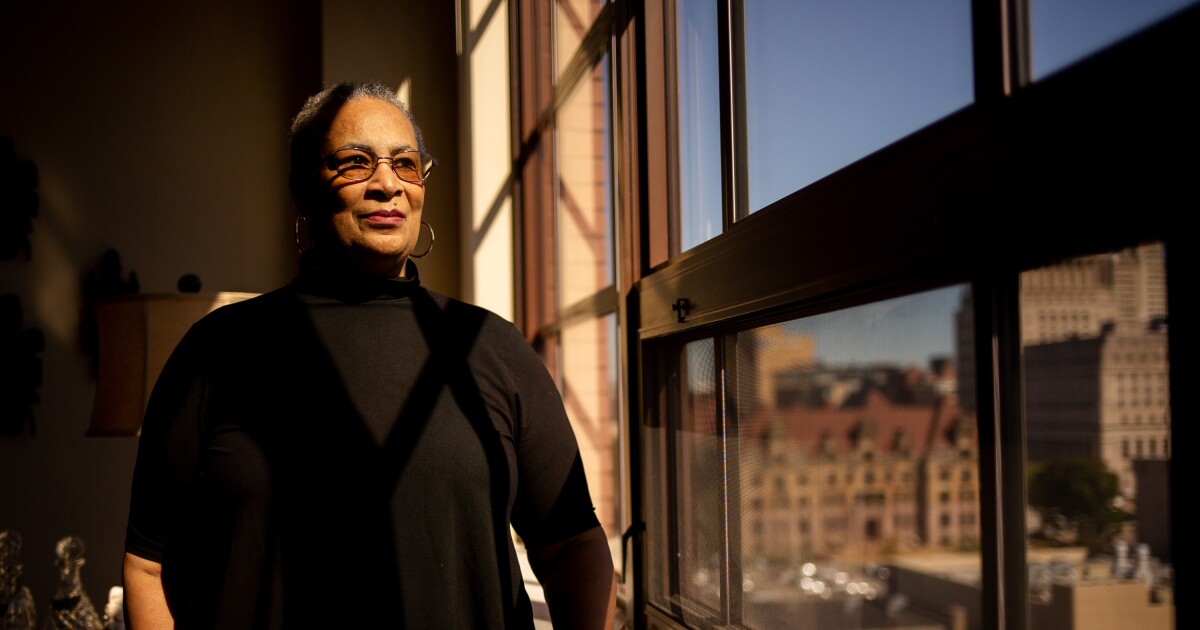 Vivian Gibson, who documented life in the former Mill Creek Valley neighborhood of St. Louis, was named author of the year by the Missouri Library Association.

In “The Last Children of Mill Creek”, Gibson describes his life, that of his parents and his siblings in their Mill Creek home in the 1950s. The neighborhood, which encompassed parts of downtown and downtown St. Louis, was demolished in 1959 as part of an urban renewal campaign. The effort displaced approximately 20,000 black residents. Gibson said this week that she hopes the memoir will enlighten her former community.

“I just wanted people to know that we were there, there was a community there of 20,000 people, and they seem to have been forgotten or erased,” Gibson said. “Missouri’s Author of the Year really is the icing on the cake because the entire state will now know about this story, this book, and me.”

Gibson began writing her memoir after retiring from Big Brothers Big Sisters in 2015. She collected old notes she had written over the years and began taking a writing class. She said that not knowing much about the history of Mill Creek prompted her to research and write the book.

“It was a segregated community. Black people were pretty much forced to live there because of the covenants and the fact that it was also a vibrant and economically diverse community because because of my race even wealthy black people lived in that community,” Gibson said. “I think that’s a surprise to a lot of people because in order to wipe out this community and possibly tear it down, voters, white voters mostly had to be persuaded that this was a slum that didn’t even deserve to exist in the insofar as it was our right to get rid of it because progress and progress being highways.

The Missouri Library Association selected Gibson from 17 applicants. The association narrowed the list to six finalists before selecting Gibson and Missouri author Steve Wiegenstein for his book, “Scattered Lights.”

Selected authors had to have lived in the state for at least five years or have written a book about Missouri, said Debra Loguda-Summers, president of the Missouri Authors Award.

She said committee members found Gibson’s book engaging and informative in detailing an important story that many were unaware of.

“It paints a picture of a bygone era and how neighborhoods have changed over the years,” Loguda-Summers said. “For us, it’s just about telling the story of the people who live in the neighborhood.”

Gibson said that although the story of Mill Creek Valley’s disappearance occurred in the mid-twentieth century, those experiences and stories remain relevant today.

State transportation departments across the country have proposed widening of freeways in recent years to add lanes. Advocacy groups in Houston have warned that a Texas Department of Transportation proposal could displace more than 1,000 black families.

“Cities are realizing how much they have devastated their urban cores, their towns, their downtowns and racially divided people and communities,” Gibson said. “Now there are new eyes looking at how to deal with transport and housing, education and dying cities. And so everything old is new again. And so they’re still talking about it and wondering if they should even widen those highways or if they should tear them down.