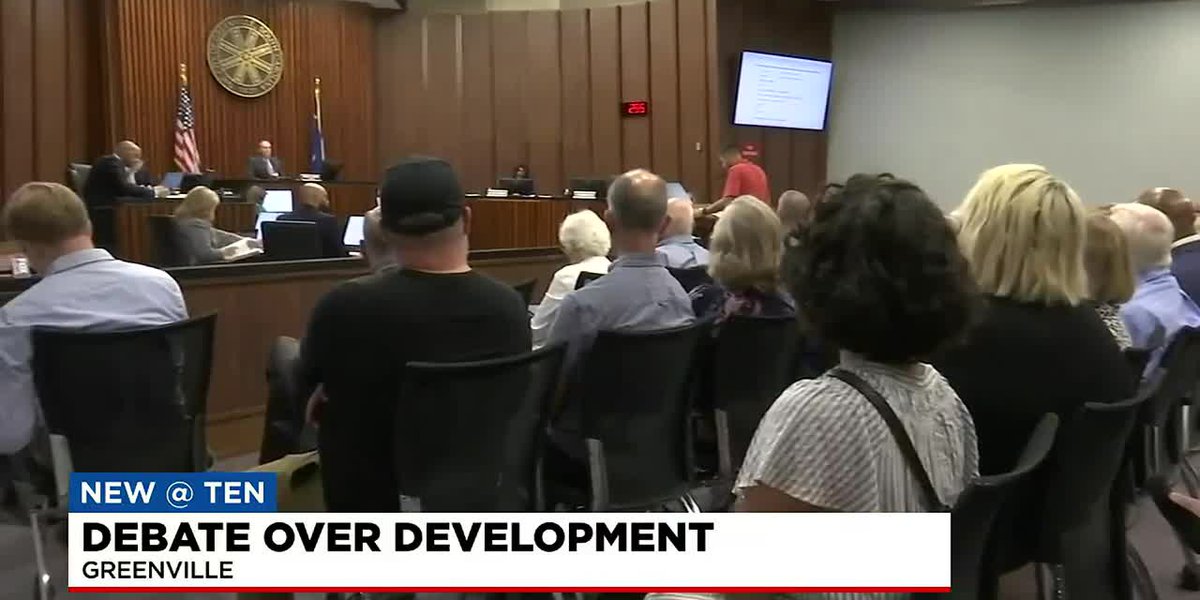 It’s called Woven. More than 25 people spoke to the council to give their opinion before the vote. It was businesses versus residents, the need for more but the fear of too much.

Like the crowd, the board was divided and many people remained dissatisfied with the outcome.

I was almost an hour of public comment, over 30 minutes of board discussion

a 10-minute break, and finally a decision.

“It becomes a different place,” Inez Morris said of West Greenville. Morris is the Community Liaison Officer for the West Greenville Neighborhood Association.

She has lived in the majority neighborhood of Black West Greenville since 2012, she says since then a lot has changed

“We have a number of residents who have lived here all their lives and they are slowly being evicted,” Morris said.

She fears the trend will continue gentrification.

“I really believe that Woven will be the springboard to other projects,” she said.

Woven is a proposal of apartments and commercial spaces of 252 units. It is located in the heart of the artistic Village district, along Pendleton Street, between Saco and Traction streets.

Previous studies of the town revealed that there was a need for new development in West Greenville. At the meeting, more than ten artists or business owners spoke out in favor of weaving because of the foot traffic and affordable studios the developers promised to bring. However, residents were concerned about the scale of the project.

“Dwellings that are close together or stacked flats,” Morris said.

The planning commission was also concerned about the size. They recommended the city council reject the application as it violates development standards set out in the Greenville 2040 plan and the design requires work. But, despite this, after a long debate. debate, in a 4-3 vote, woven advanced.

Woven is moving forward with recommended changes including eliminating the 5th floor, reserving more units for affordable housing, architectural design changes, and other changes requested by planning and development. The proposal will come back to the council for a second reading before being final.

In CT and beyond, prioritizing primary health care for all